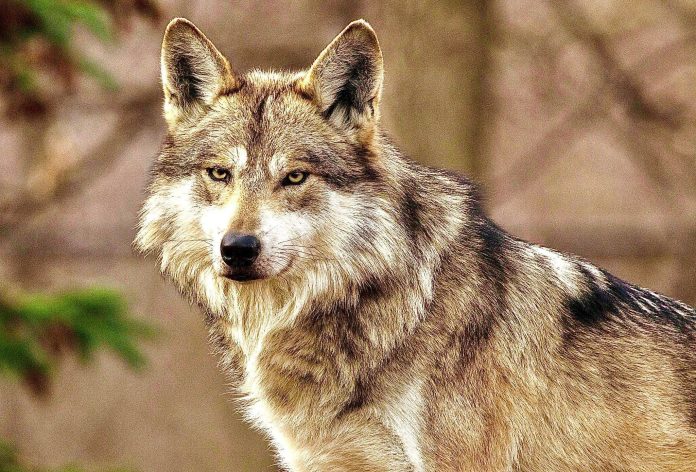 Earlier this week, the U.S. Fish and Wildlife Service (USFWS) released an advance copy of a court-ordered revision to the rule guiding Endangered Species Act recovery for the Mexican gray wolf, also known as lobos. The revision was deemed necessary because the suggested rule fails to safeguard these wolves per conservation groups and the recommendations of leading wolf scientists in two key ways.

First, the rule fails to expand the arbitrary and politically motivated geographic boundaries, surrounded by interstates and defined by livestock interests, which do not account for wolf habitat. Second, it continues to support an antiquated, 22-year-old decision that the entire U.S. wild Mexican gray wolf population is “non-essential” to recovery.

The proposed rule responds to a court order from 2018 in which the judge wrote, “By failing to provide for the population’s genetic health, the Fish and Wildlife Service has actively imperiled the long-term viability of the species in the wild.” Further, the judge stated the rule only ensures the short-term survival of the species and specifically called out the 2015 rule’s territory boundary as an “insufficient geographic range” for the wolves.

“The USFWS was handed a golden opportunity in the court order to make significant improvements to further the conservation of Mexican gray wolves,” Emily Renn, Executive Director of the Grand Canyon Wolf Recovery Project, said in a statement sent to WAN. “By not addressing the I-40 boundary issue, the agencies involved continue to tie their own hands, delay, and hinder the recovery of these critically endangered wolves in places where people will actually welcome them.”

The U.S. Fish and Wildlife Service could have used this revision as an opportunity to expand the geographic scope of the recovery area to include suitable habitat for Mexican wolves north of Interstate 40. Conservationists continue to call for expansion of the recovery area and an end to limiting the recovery of this rare species based on political desires to restrict where wolves can roam.

“At a time when we are losing species to extinction at an alarming rate, we cannot afford to gamble with the lives and futures of Mexican gray wolves,” stated Erin Hunt, coordinator for Lobos of the Southwest. “We nearly lost them to extinction once already. We need to designate them as essential, giving them the full protection of the Endangered Species Act.”

Groups applauded some aspects of the proposed rule, describing them as small improvements over the 2015 plan, including preventing “take” by state fish and game departments concerned about wolf impacts on deer and elk populations.

“Although there are a few bright spots in this proposed rule, it fails to include evidence-based best practices to prevent conflict and promote conservation,” noted Michelle Lute, PhD in human-wolf coexistence and national carnivore conservation manager for Project Coyote. “Proactive actions like releasing bonded mates with pups and reforming livestock husbandry practices are essential to recovery of this essential lobo population.”

The USFWS proposal is expected to be published to the Federal Register (docket #FWS–R2–ES–2021–0103) on Friday, October 29th, at which point the public will have 90 days to review and comment on the proposal. USFWS will hold a virtual information session on November 18th to answer questions. There are two additional virtual information sessions, followed by public hearings with comment opportunities, on December 8th and January 11, 2022.

Register for an information session, HERE!

Previous articleWAN Exclusive On PeaceWorks, A Colorado-Based Safe Shelter For Abuse Survivors & Their Pets; Including Farm Animals
Next articleU.S. Fish & Wildlife Service Fails To Protect Species Facing Extinction For The Fifth Year In A Row

Peace 4 Animals And Coin Up Join The Movement For #GivingTuesday

Peace 4 Animals and Coin Up Join the Movement for #GivingTuesday As the holidays approach and shopping begins, it is the time of year to...
Read more
News

onegreenplanet.org Global commodity trader, Minnesota-based Cargill Inc. has announced that they are completely phasing out of the beef industry. The company, which is in the final stages...
Read more
News

The world’s leading international express delivery provider, DHL, has delivered a black rhino to its natural homeland in Tanzania after a move from its...
Read more
Load more