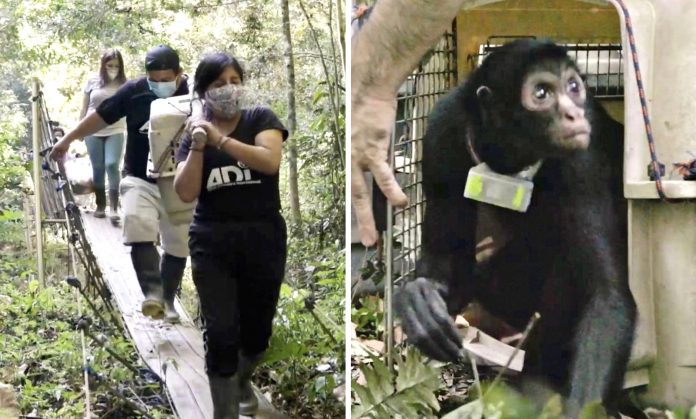 Animal Defenders International (ADI) has released a heartwarming video of a spider monkey named Maruja who was the last to be rescued from a circus in Peru. Maruja was recently released with her adopted family back into her rainforest home where she had been stolen many years ago.

ADI Peru found Maruja tied to the top of a mototaxi in the capital city of Lima in 2017. She was being forced to promote the circus, which was illegal at the time, due to the country’s circus ban between 2014 and 2016. At that time, wildlife officials from ADI and Peru had already enforced the ban by seizing and relocating 100 animals. 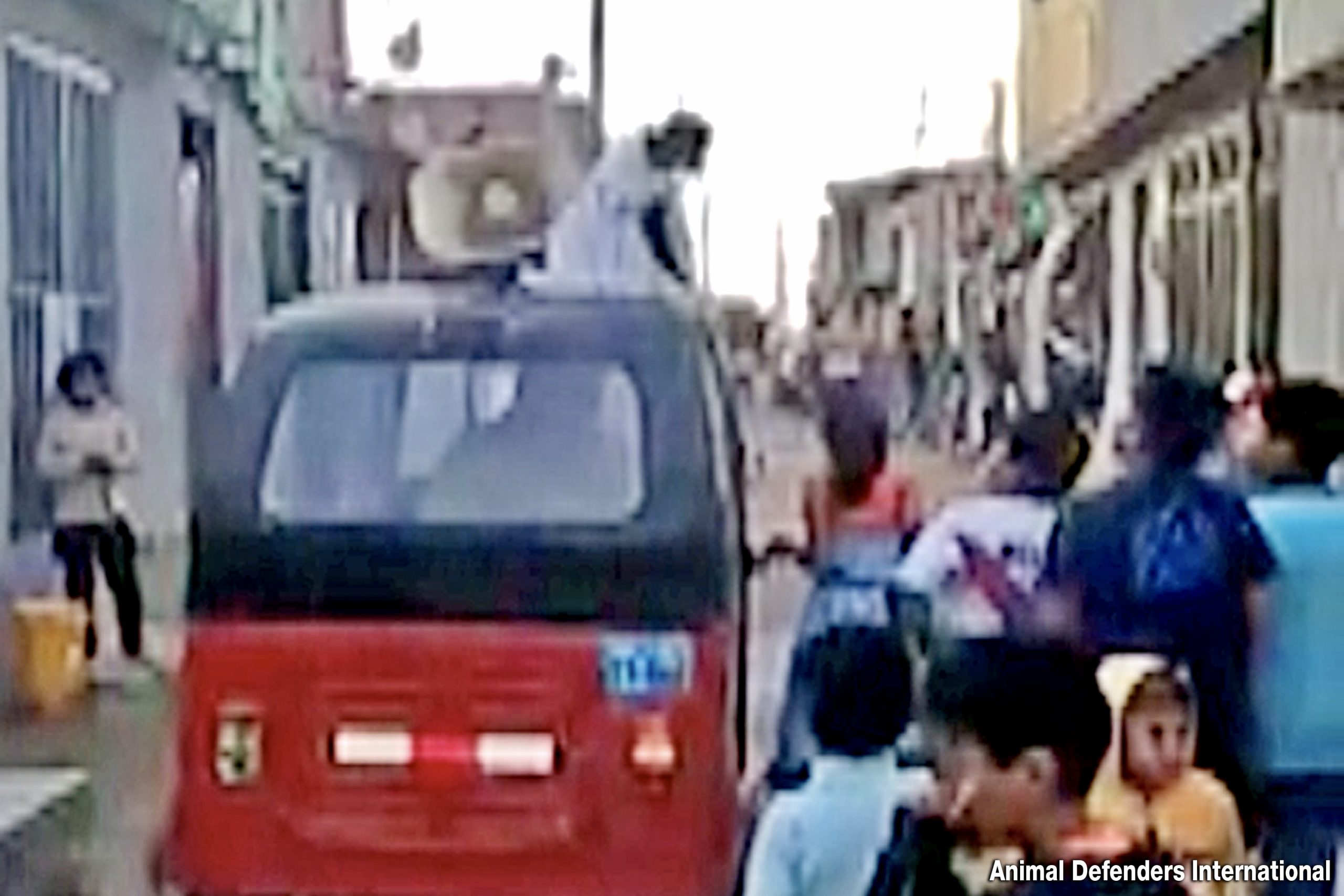 WAN talked with Tim Phillips, Vice President of ADI, who confirmed that the ban was still in place when an ADI supporter sent footage to the organization of the monkey being exploited for entertainment.

“Wild animals in circuses had been eliminated by this time but then this monkey turned up,” Phillips told WAN, who explained that within 24 hours of receiving the tip, ADI and police worked to save Maruja. 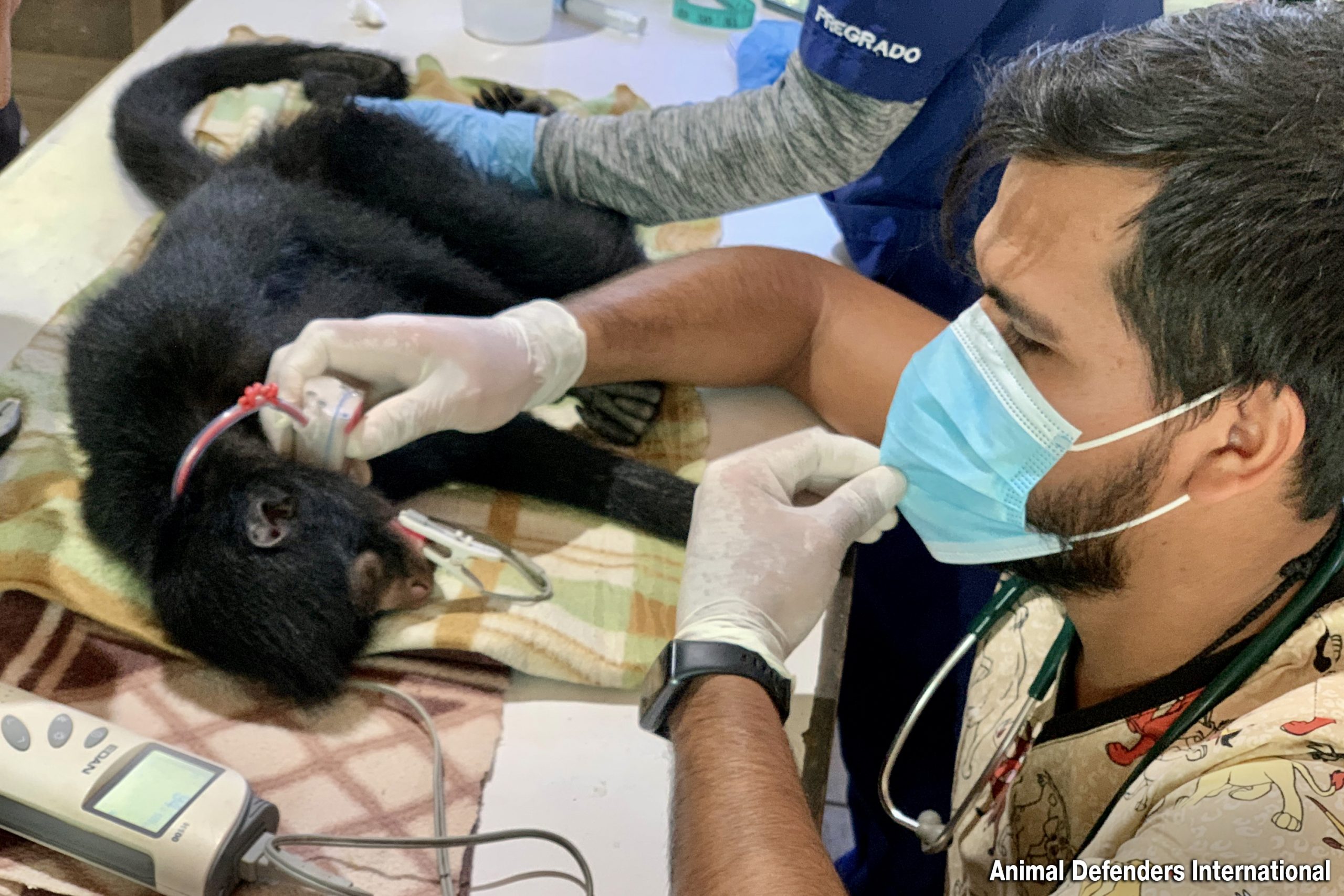 After passing her health checks at three years old, ADI determined that Maruja was young enough to join the wild-release rehabilitation program at Taricaya Ecological Reserve, near Puerto Maldanado. 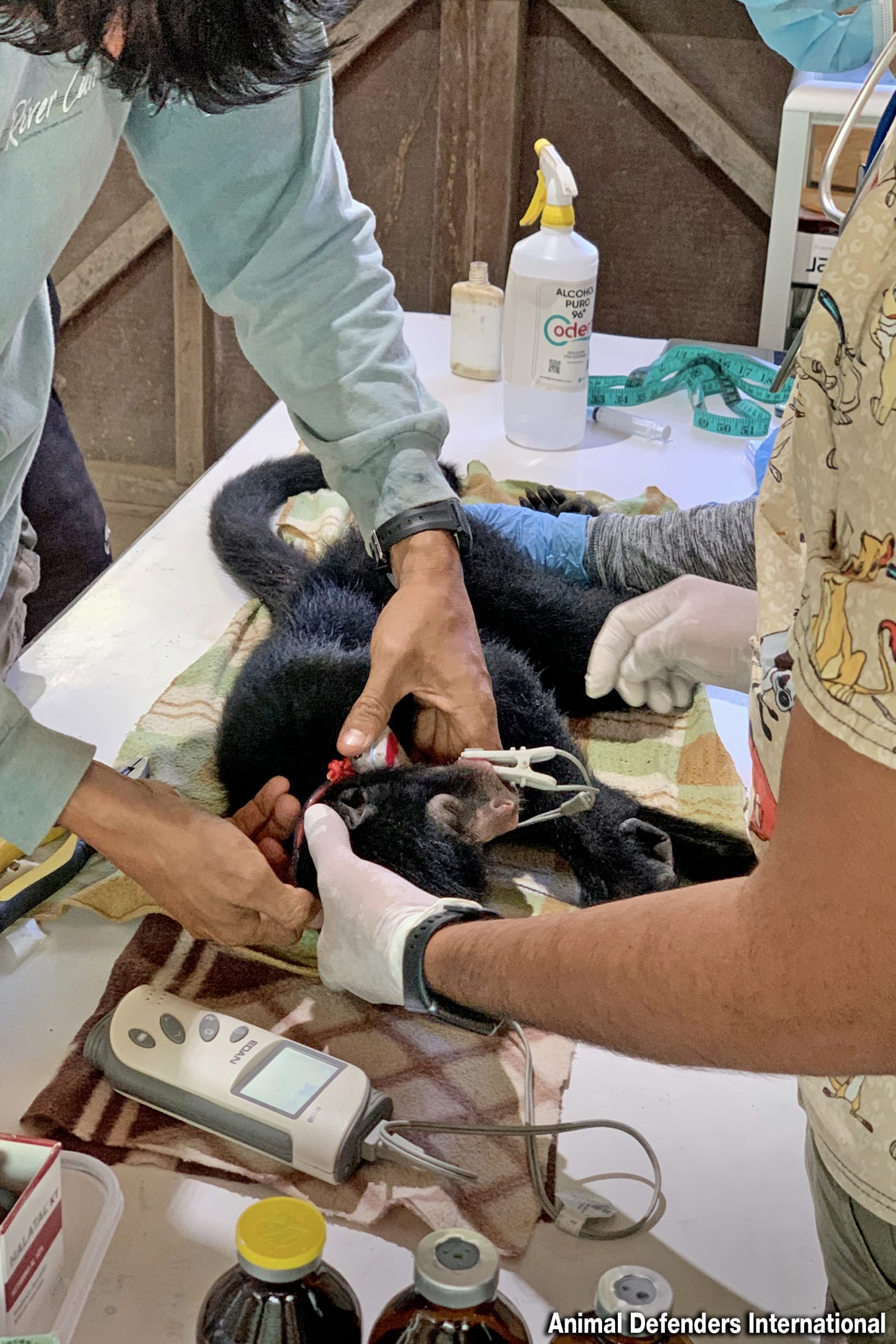 There, it became clear that young Maruja’s psychological development had been damaged by her treatment in the circus. She struggled to integrate with the other spider monkeys and did not always eat on her own, and instead, waited to be fed. 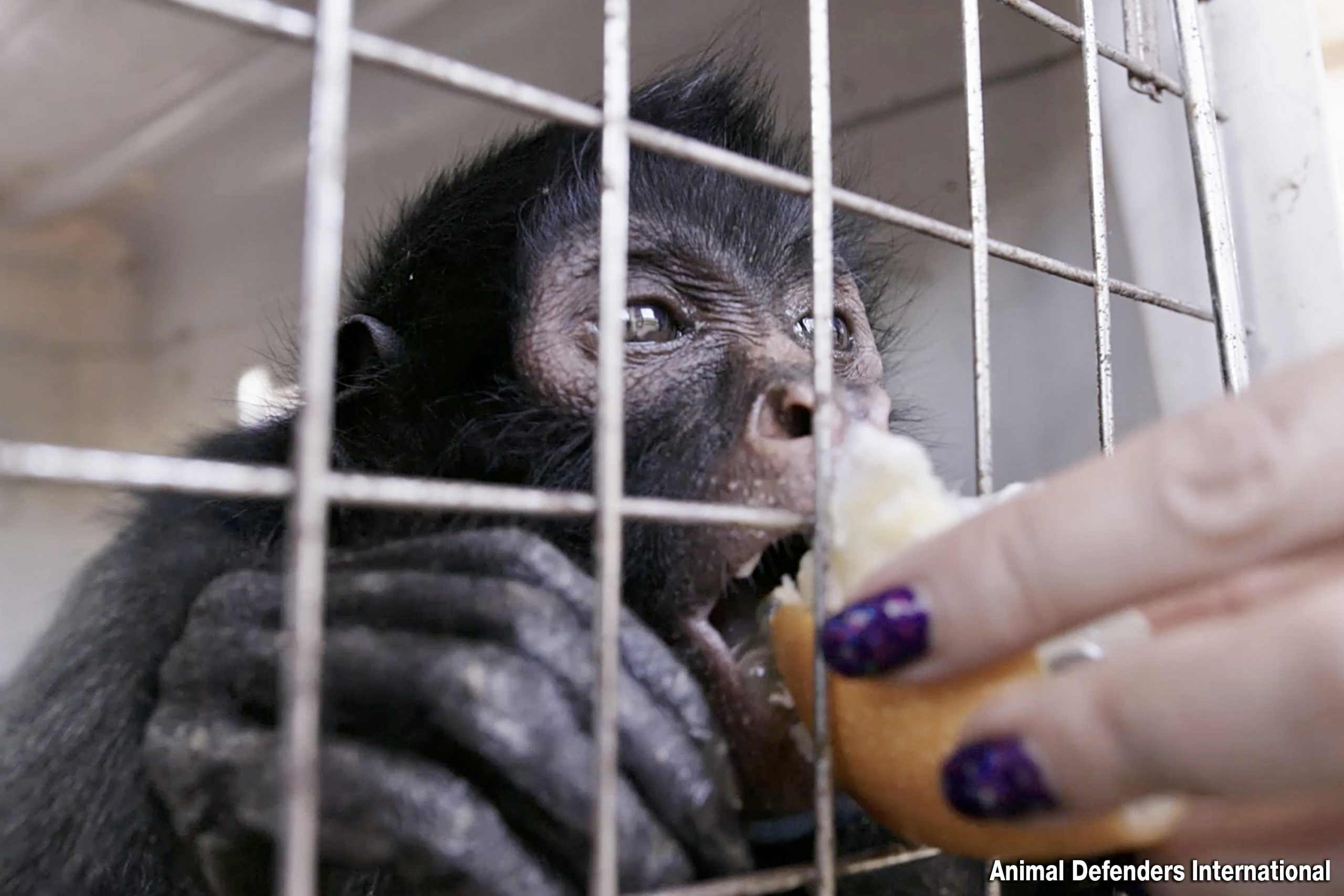 After a few orphaned baby spider monkeys arrived at Taricaya that were in need of a foster mother, something amazing happened. Gentle Maruja started to care for and feed the babies, her natural instincts kicked in. She also began to feed and care for herself. 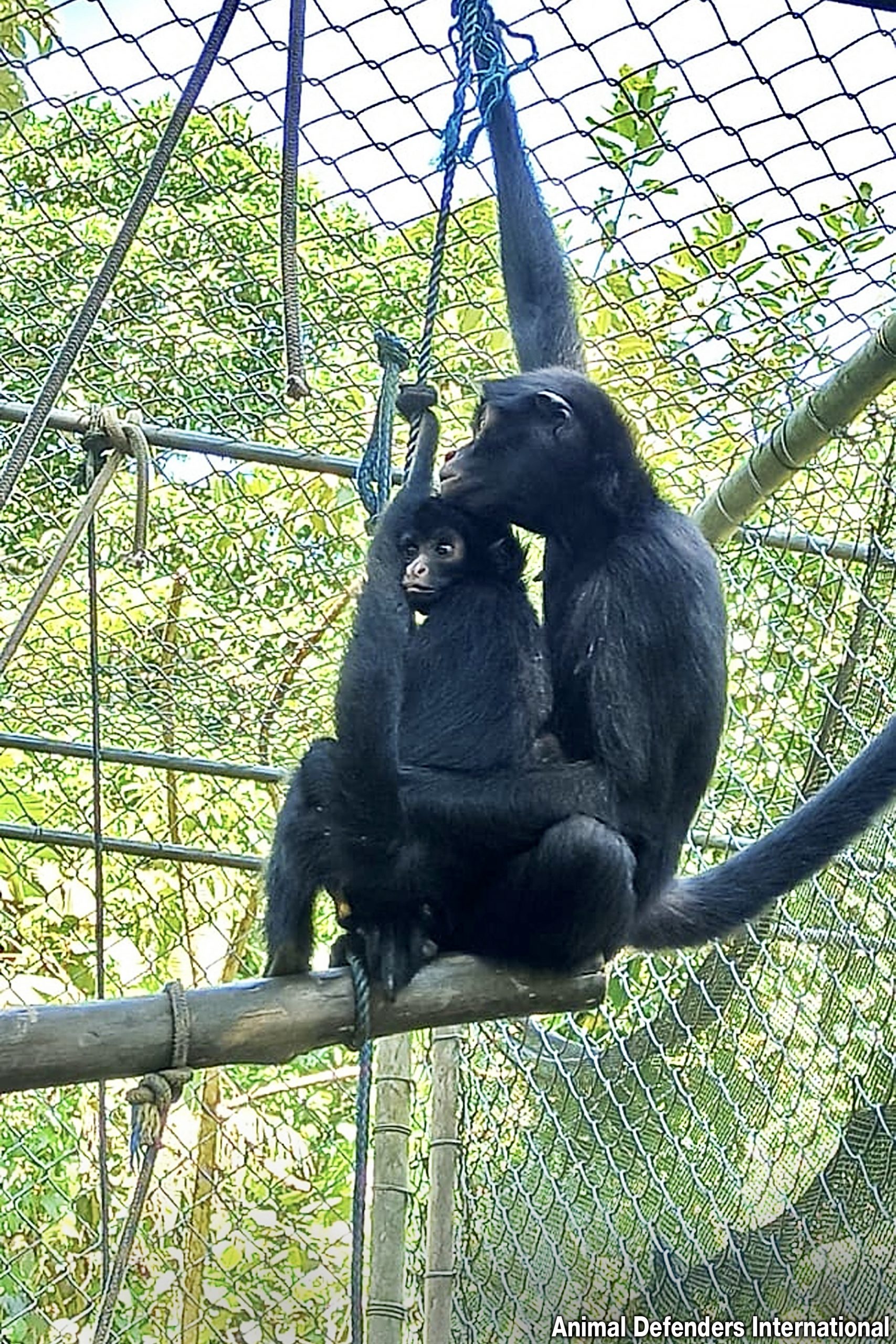 After years in rehabilitation, Maruja and her surrogate family were finally relocated to a safe location to integrate with other groups of spider monkeys in the wild. She, along with the other rescued monkeys are being monitored with radio collars in the rainforest. 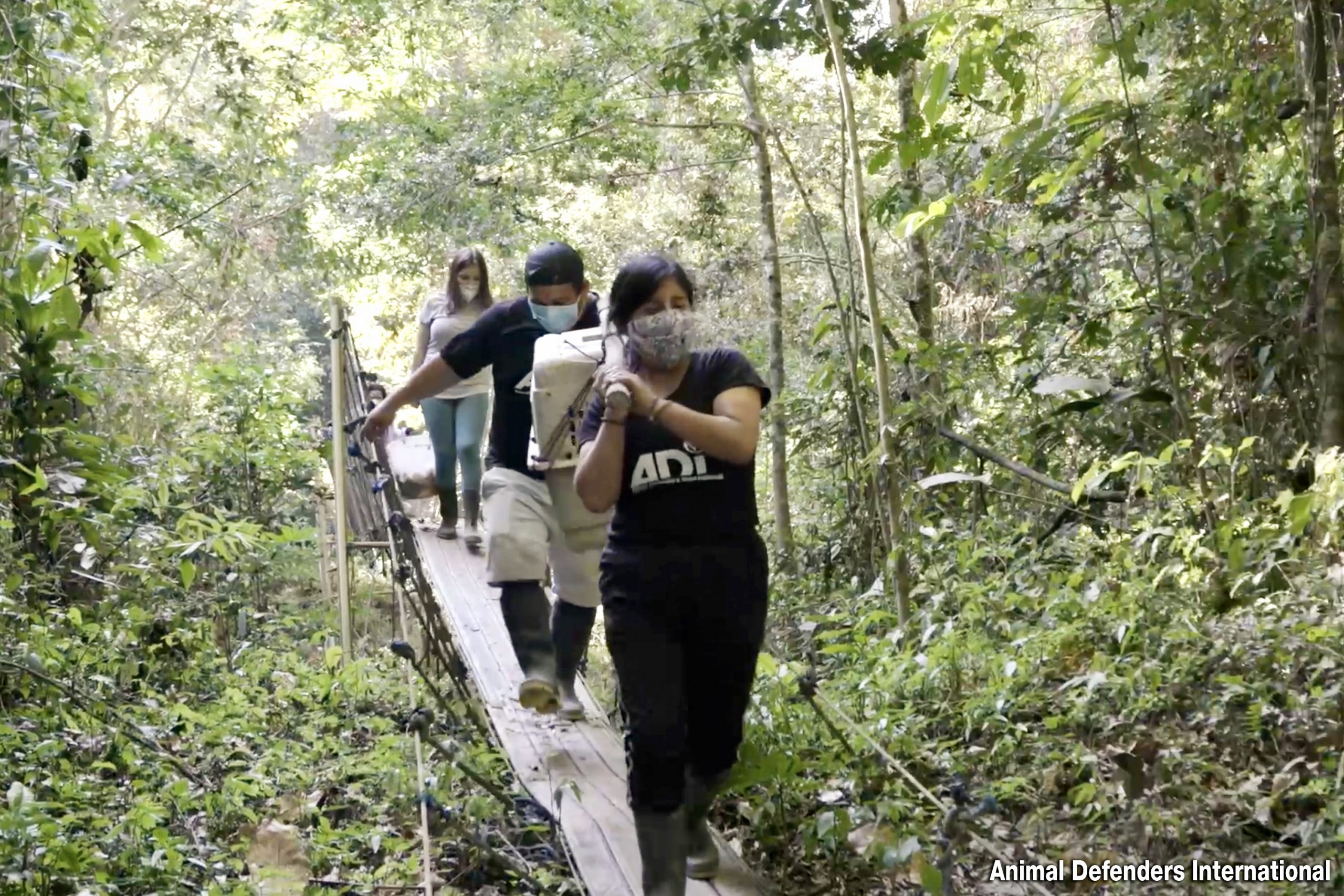 Upon their release, a wide-eyed Maruja left her carrier, stood up straight, looked around, and then climbed a tree and began to swing through the forest canopy. 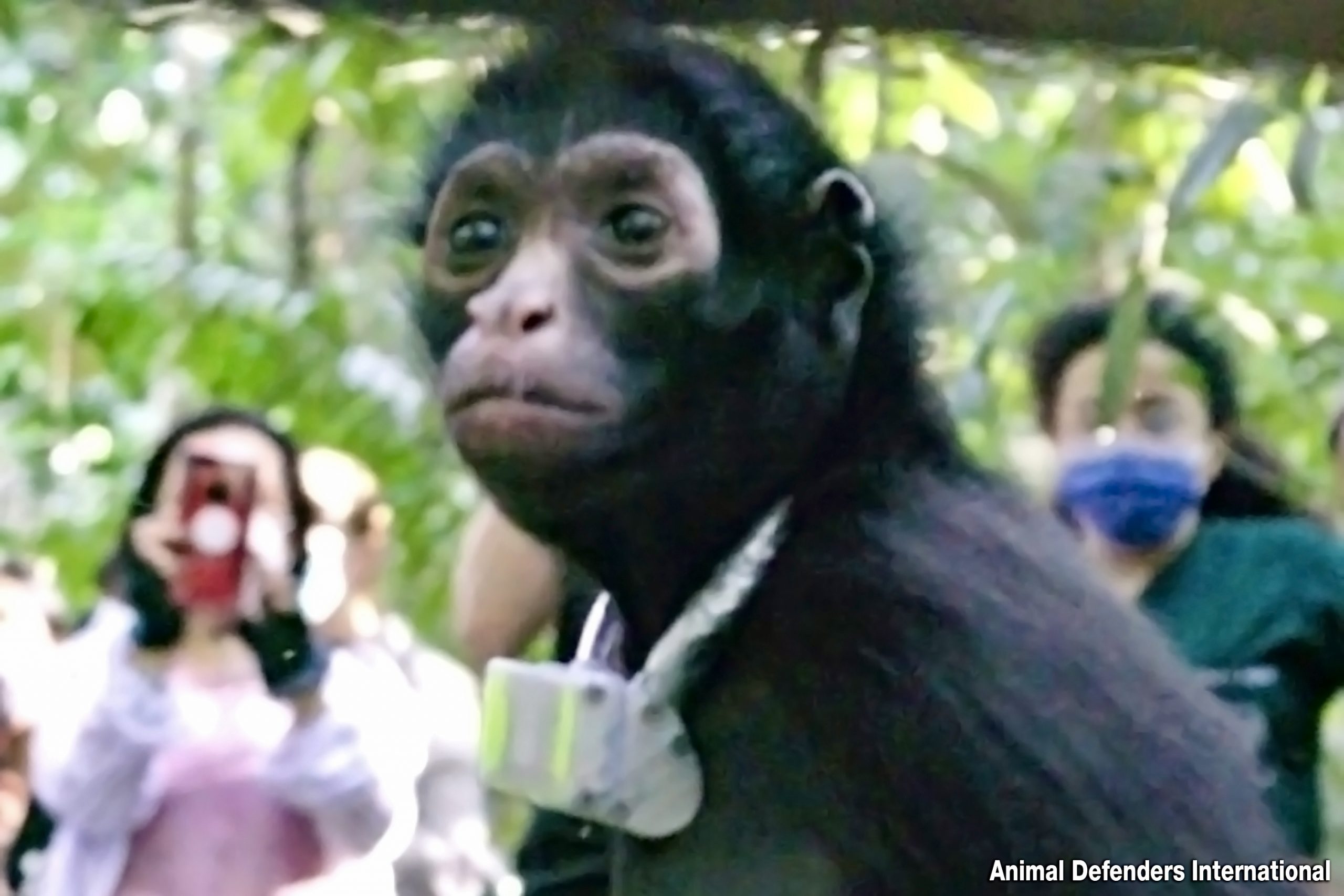 “This video brings into sharp focus the direct effects on individual lives when humans take animals from the wild to use for entertainment, in experiments, hunt them for food, or when we destroy their environment and social structure,” Jan Creamer, President of ADI said in a statement sent to WAN. “It is a reminder of why we must end the suffering of wild animals in circuses.” 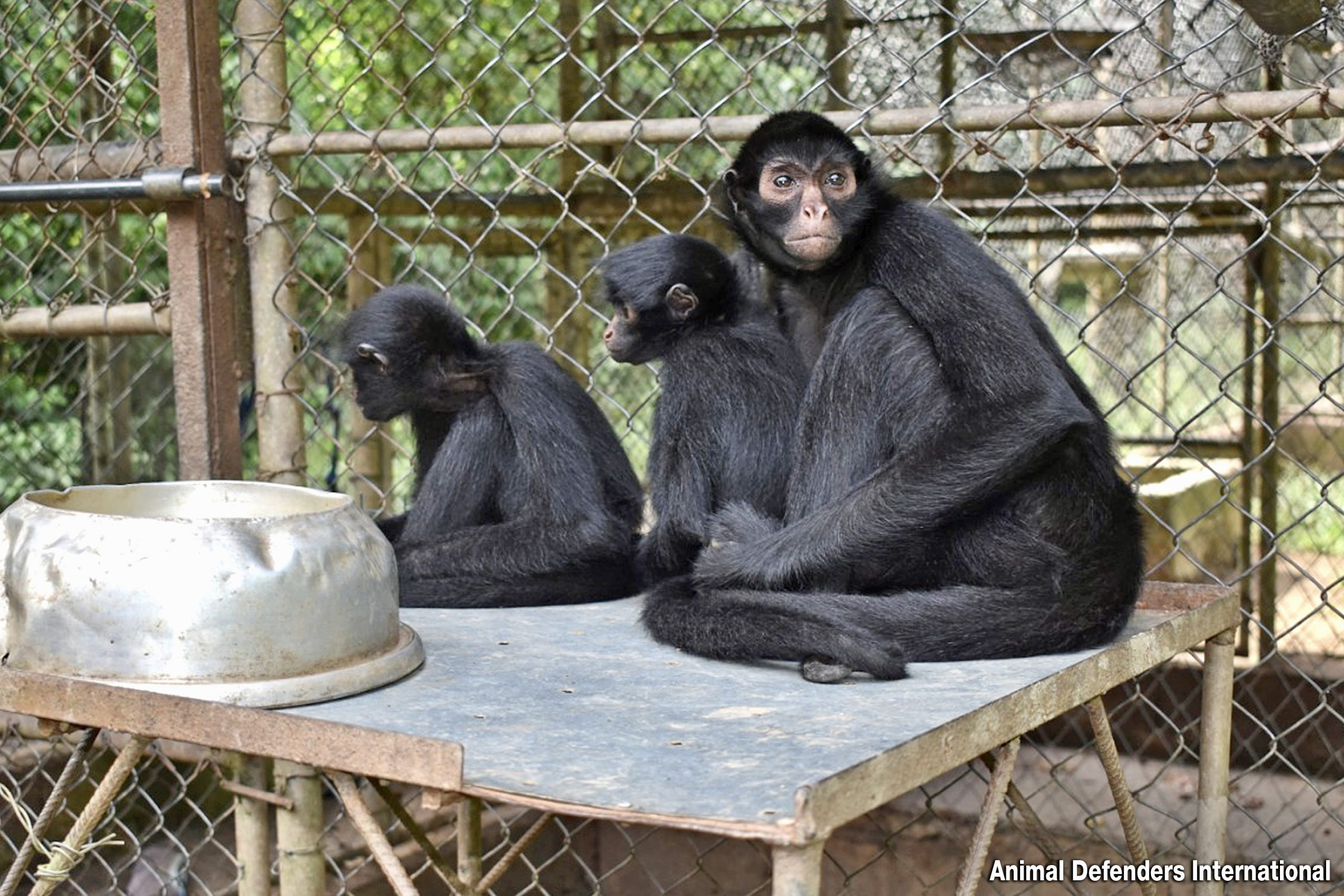 Spider Monkeys are one of the most intelligent monkey species on earth, using a wide range of sounds to communicate. They express joy, pleasure, pain, fear, and distress, and their social bonds are important to them, just like ours. They thrive together, in family groups, in complex societies. They can live up to 25 years in the wild. 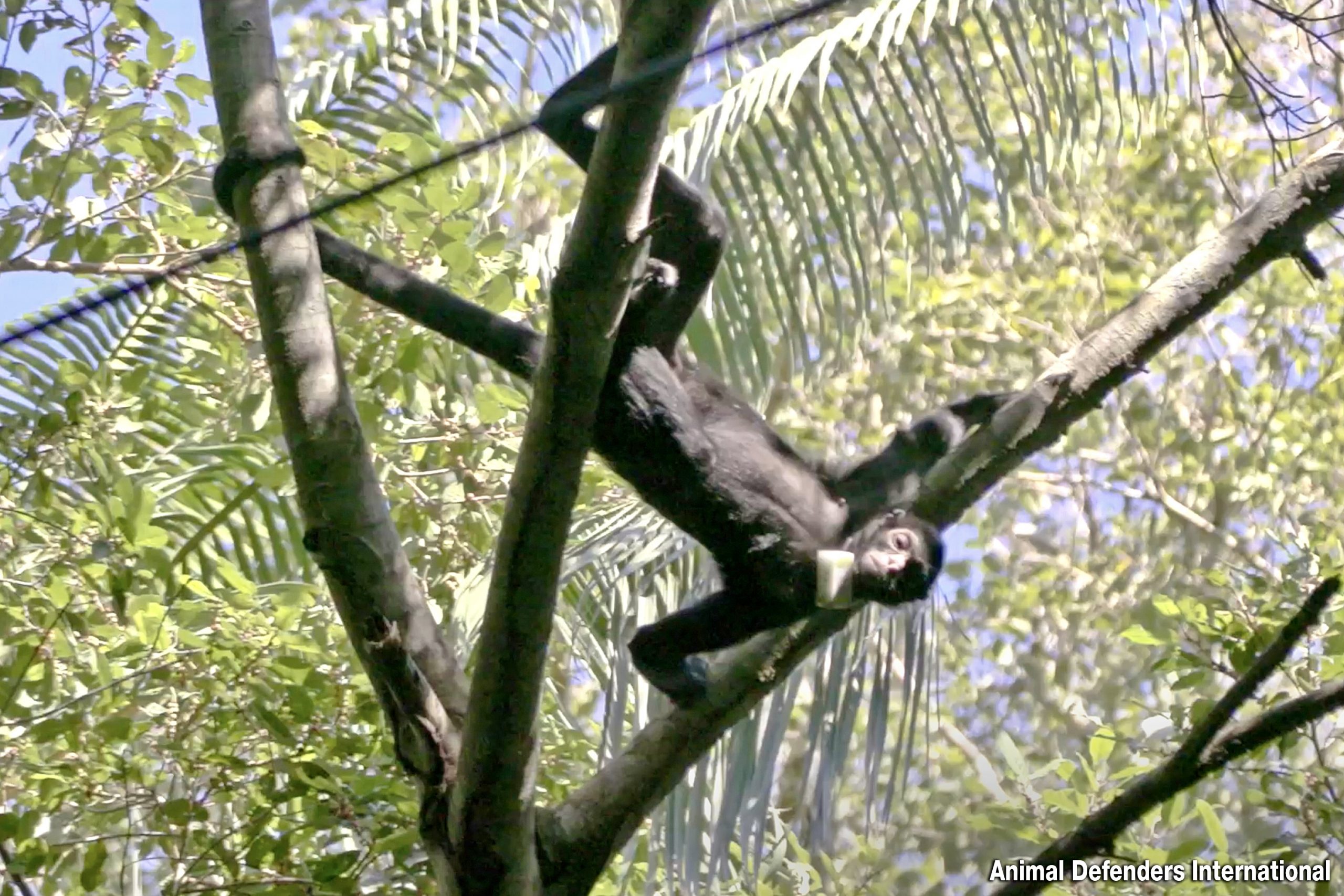 “Although these animals communicate differently and do not look like us, or live as we do, this video and Maruja’s story, shows our differences are of degree, rather than kind,” concluded Creamer, who noted that everyone benefits when humans respect animals. 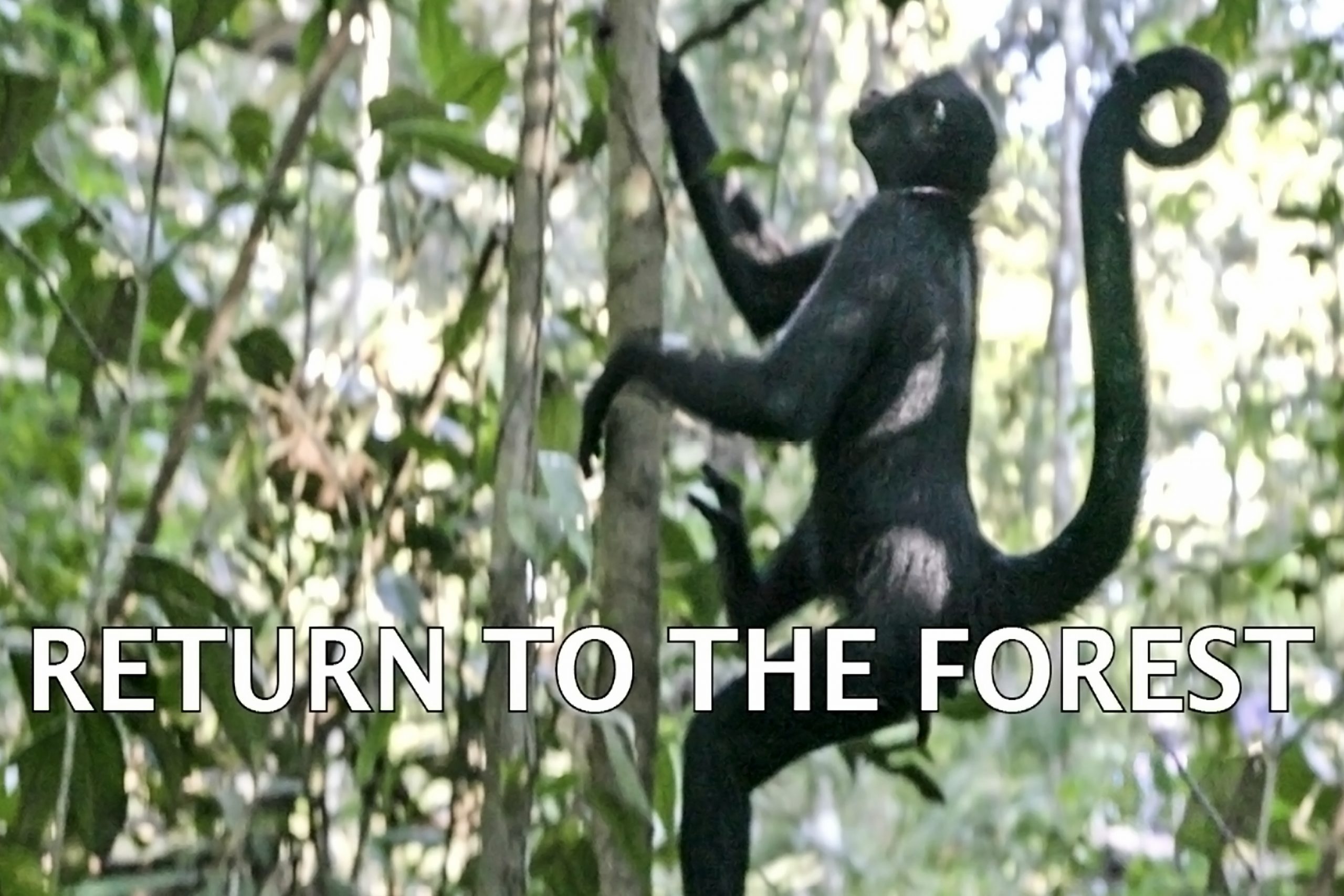 Previous articleNew Bill ‘The Refuge From Cruel Trapping Act’ Would Protect Animals, Wild & Domestic, In National Wildlife Refuges In The United States
Next articleWAN Exclusive On The Bull Who Is Still On The Run After Escaping Slaughter For Religious Sacrifice In New York

The wildlife conservation community is mourning the death of two monarch butterfly activists, both were found dead in Mexico just days apart. It is...
Read more
Industry News

Progress Is Being Made; India Is Establishing Their First Government Centre On Alternatives To Animal Testing In Biomedical Research

In a historic move to advance human medical progress and move away from reliance on monkeys, dogs and other animals as testing models for...
Read more
News

Photo from Suffolk County Police Department Animal advocates have long expressed their need to be the voice for the voiceless. While not always heard and seldomly...
Read more
Load more