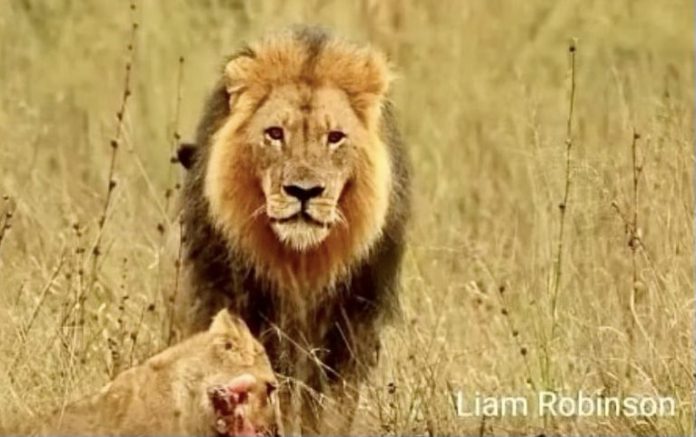 Another Cecil The Lion? Mopane, A Well-Known Male Lion Was Shot & Killed With An Arrow By A Trophy Hunter Outside Of Hwange National Park

Heartbreaking news out of Zimbabwe today as WAN learns that a revered male lion, named Mopane, has been killed by a trophy hunter outside of Hwange National Park. The massive lion was lured out of the same park where Cecil the lion was killed in 2015 at just 13 years old by Dentist Walter Palmer.

There have been several confirmations, including some from WAN’s sources on the ground in Africa, that like Cecil the lion, Mopane was injured and then killed by an arrow from a bow-hunt. Both Cecil and Mopane, who were well-known in the community, appear to have been killed after being baited to a hunting area on the outskirts of Zimbabwe’s Hwange National Park. The culprits: unscrupulous hunting outfitters who want to inflate their egos by paying ridiculous amounts of money to kill unsuspecting animals in the wild for so-called “trophies.”

“It has now been confirmed that Mopane is dead! His pride, the Somadada Pride, currently consists of two adult females and six sub-adults of about 16 to 18 months old. The time is uncertain for them now, as they are still at a vulnerable age and relied on Mopane, as well as the females for protection,” Drew Abrahamson shared in a post on her Facebook page. Abrahamson is the founder of Captured In Africa, a reputable safari company based in South Africa that supports conservation and sustainable tourism. She is also the founder of Captured In Africa Foundation, a South African nonprofit organization that works directly with strategic partners for the protection of wildlife.

“The females are now going to have a very tough time in protecting the pride as they are,” continued Abrahamson. “Only time will tell, as there is now a huge void which will be sought after by other males.”

As per Abrahamson, Big Game Safaris International was advertising and targeting Mopane in December of 2020, who was described as one of the “oldest and most aggressive lions in their hunting block.”

Abrahamson included images of the since deleted advertisements that were previously posted on Big Game Safari’s International Instagram account. 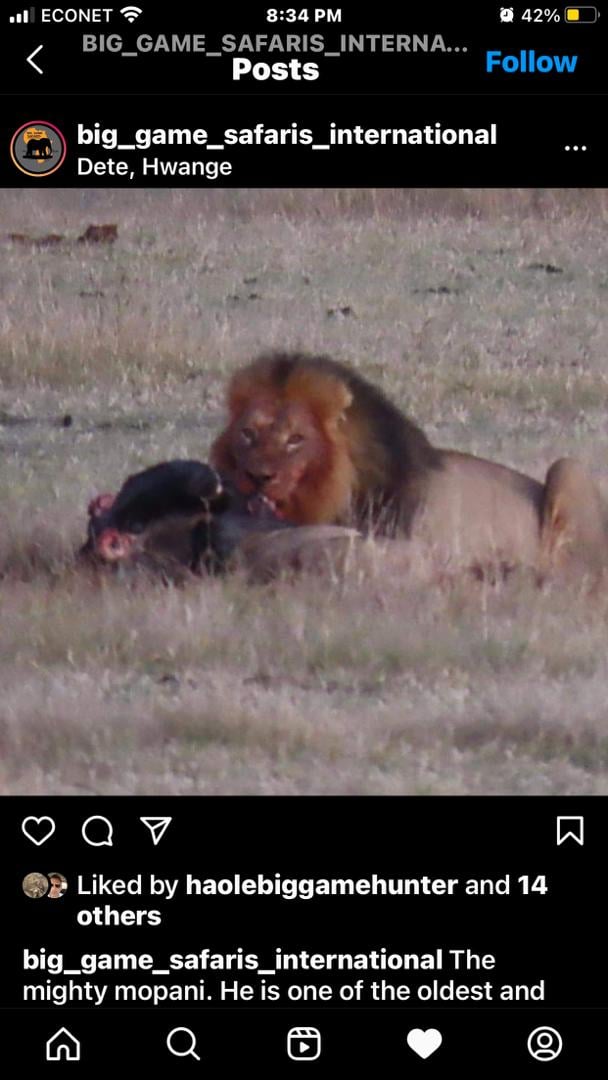 “These hunting outfitters on the outskirts of Hwange need to be taken to task on their ethics! It is just unacceptable,” stated Abrahamson. 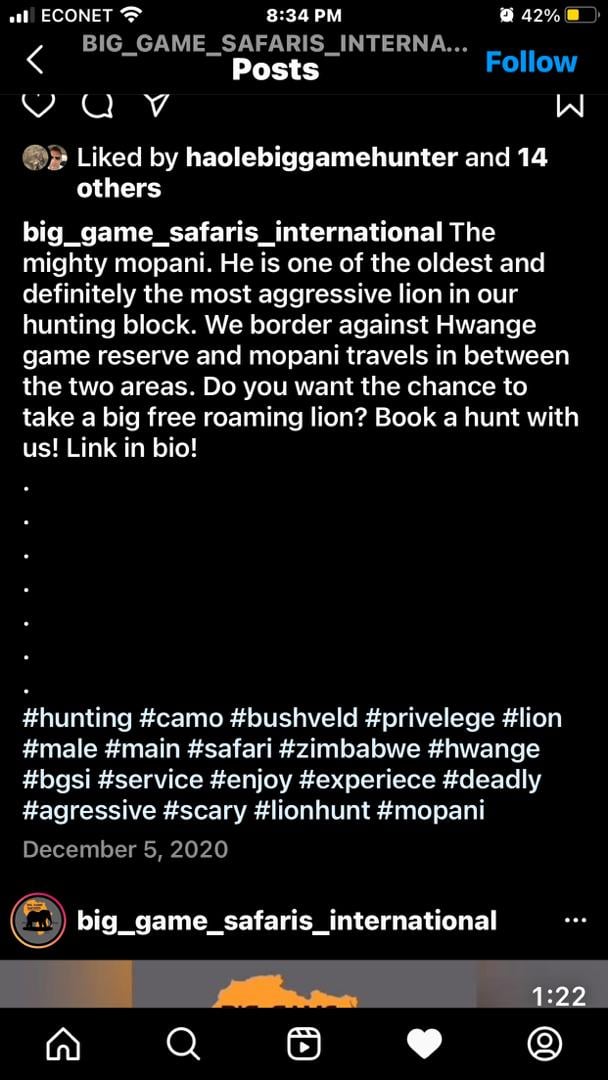 According to Mark and Pamela Robinson, creators of the Cecil the Lion group, the National Parks Service also confirmed the killing.

“Mopane was even larger than Cecil, which is tough for Pamela and I to believe, because Cecil was massive,” Robinson told WAN, further explaining that they are sickened and devastated by the loss of another apex alpha male with a pride, and how the ripple effect from this will result in the loss of at least 15 more lions.

“Mopane and his former coalition partner, Sidhuli, were part of a hunt we helped to stop in 2019. Tragically, Sidhuli was killed by hunters later that year,” said Robinson. “Mopane marks the 4th black-maned lion with a pride that has been killed in that area outside the park in the past several years. The biggest breeding males are being snuffed for rug material. It is sick and twisted. These hunters continue to put the “Con” in conservation.”

May the international outrage caused by the devastating and heartless killing of Cecil the lion years ago spark once again with the senseless killing of Mopane. May he be the last majestic master of the wild to ever be killed for human greed, tainted bragging rights, and a so-called “trophy” for self-righteousness to put on display. Trophy hunting must end, period.

Photos from MSPCA More than two dozen animals that were rescued last week from a farm in central Massachusetts where they were being kept in...
Read more
News

Explosion In Bogota Last Sunday Being Investigated, May Be Related To Bullfighting

Police in Columbia are investigating an explosion near a bullring in Bogota last Sunday, which left at least 40 people injured. While the motive behind...
Read more

UPDATE: The ‘Big Cat Public Safety Act’ Is One Step Closer To Becoming Law In The U.S.; Bill Now Heads To The Senate For...