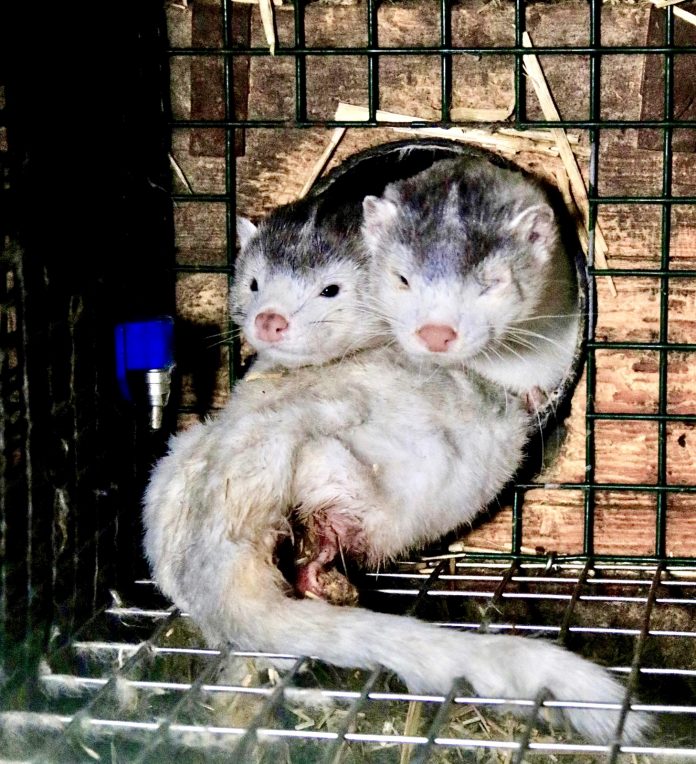 Dutch Members of Parliament (MPs) voted overwhelmingly today in favor of shutting down the estimated 128 remaining mink fur farms in the Netherlands, following outbreaks of COVID-19 on 17 fur farms since April 26th.

Two farm workers are also believed to have contracted the virus from mink, after which hundreds of thousands of mink were tragically killed to prevent further spread. Humane Society International (HSI) /Europe said good riddance to an industry predicated on the out-dated idea of exploiting, depriving, and killing animals for frivolous fur fashion.

Politicians voted in favor of the early closure of farms with compensation to be paid to fur farmers to end the practice earlier than the phase out due date of December 31st, 2023.

“Politicians in the Netherlands have just called time on the cruel and dangerous fur trade, by voting through a motion to close the remaining fur farms in the country. The number of COVID-19 outbreaks on Dutch mink fur farms is now in the double figures, and so politicians don’t want to risk waiting for the planned phase out of fur farms by December 31st, 2023, they want swift closure now,” Wendy Higgins, Director of International Media for HSI told WAN.

“Now it’s time for the Dutch government to act on this vote, and it will be under intense pressure to do so with such a clear steer from parliamentarians,” continued Higgins. “Fur factory farming for the fashion industry is unbelievably cruel, creates immense animal suffering, and acts as reservoirs for coronaviruses.”

The Parliament also voted to maintain the ban on transporting mink and prevent fur farms where the mink have already been culled from restocking with mink.

Fur farming has been banned across the UK since 2003, and has been prohibited and or is in the process of being phased-out in the following European countries: Austria, Belgium, Bosnia and Herzegovina, Czech Republic, Croatia, Macedonia, the Netherlands, Norway, Luxembourg, Serbia, Slovakia, Slovenia, and most recently the government in Ireland has committed to ending fur farming.  Bulgaria, Lithuania, Montenegro, and Ukraine are also presently considering bans on fur farming. A proposal to ban fur farming in Estonia was also tabled this week.

In 2020, legislators in Hawaii and Rhode Island introduced fur sales ban proposals, as have cities in Minnesota and Massachusetts.

Fur farming, however, continues in other countries with China, Denmark, Finland, and Poland being the biggest producers, and globally an estimated 100 million animals are killed annually for their fur, including mink, foxes, and raccoon dogs.

Photos from German Animal Welfare Association, State Association of Bavaria E.V. As the illegal trade in animals is on the rise in Germany, the lives...
Read more
Breaking News

Photos from Pro Hunt Africa, Facebook Riaan Naude, a trophy hunter in South Africa known for “proudly” displaying images of himself with innocent animals that he...
Read more

Previous articleAnimal Equality & Público Exposes Shocking Cruelty During An Undercover Investigation Inside Chicken Factory Farm In Spain
Next articleCanada Is Set To Invest Close To $100 Million Into Plant-Based Foods By Financing A New Protein Production Plant In Winnipeg, Manitoba

Urgent Signatures Needed To Stop Alleged Animal Abuser From Opening A Pet Store In Virginia, Or Anywhere Else In The U.S.

A pet service company based in Loudoun County, Virginia, called Woofie’s is stepping up their call to action from concerned citizens who want to prevent...
Read more
News