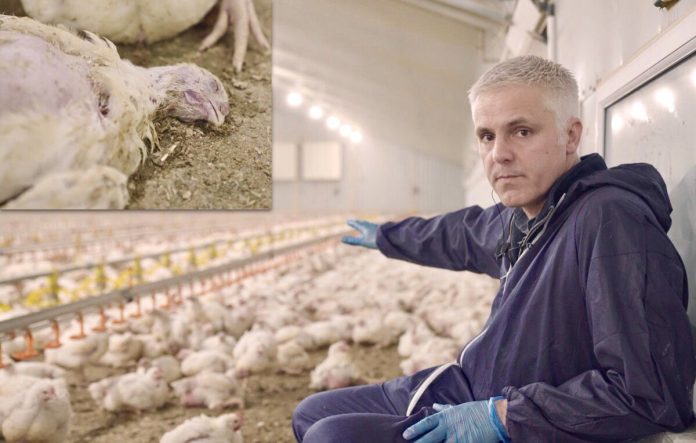 Vegan food brand VFC released heartbreaking undercover video footage of the shocking abuse that chickens are subjected to at Park Farm North in Kettlethorpe, Lincolnshire, England. The factory farm produces birds for one of the largest chicken companies, Moy Park, which supplies chicken to KFC, as well as to supermarkets and other retailers. The shocking exposé follows the release of a KFC promotional video, which seeks to reassure the public of its “high welfare” standards. 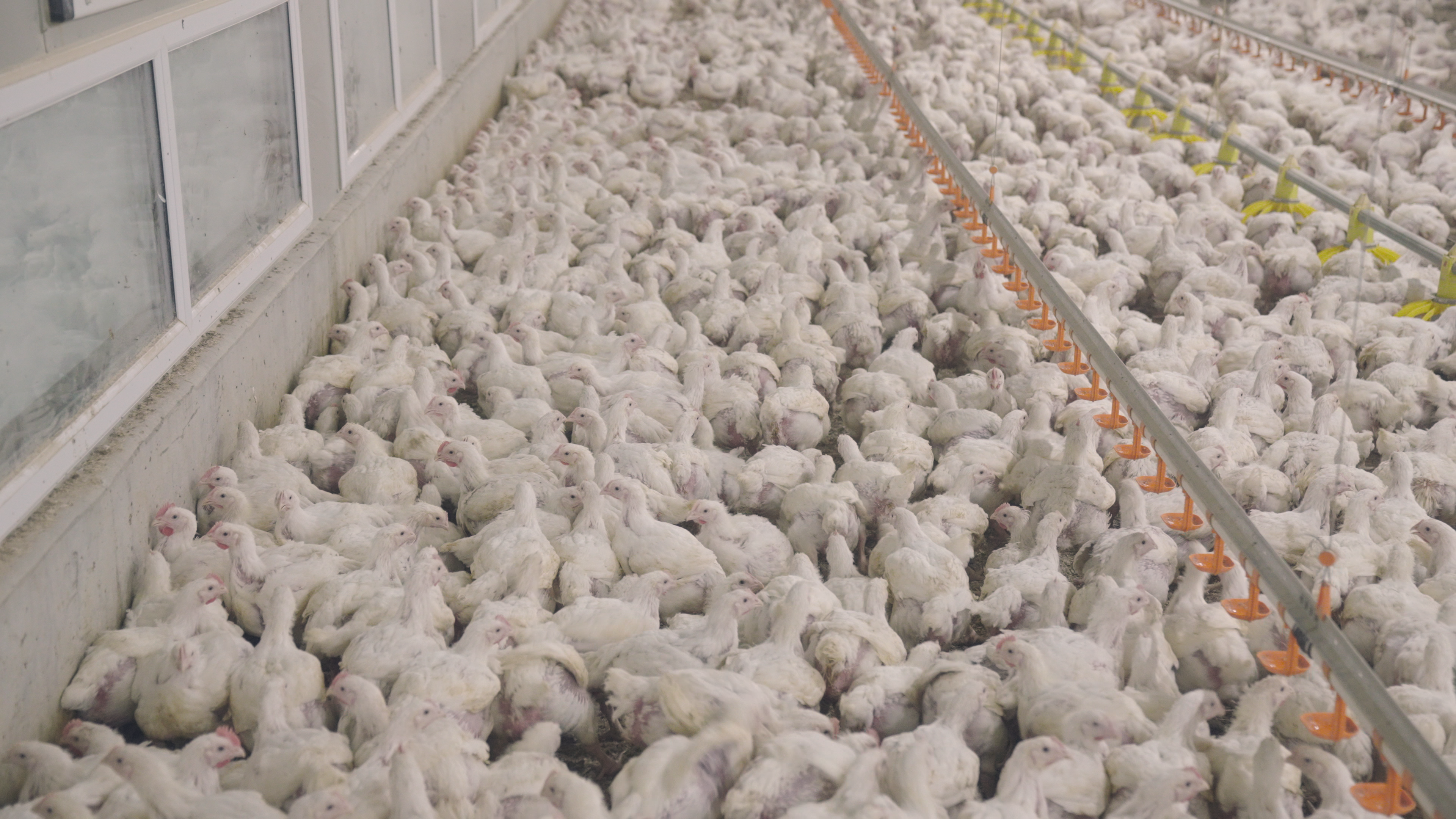 VFC announced that it became suspicious when learning that KFC teamed up with Joe.co.uk and social media influencer Niko Omilana to “go behind the bucket” at a flagship farm. VFC had already investigated six randomly chosen chicken farms and never witnessed exceptional conditions such as those featured in the KFC film. 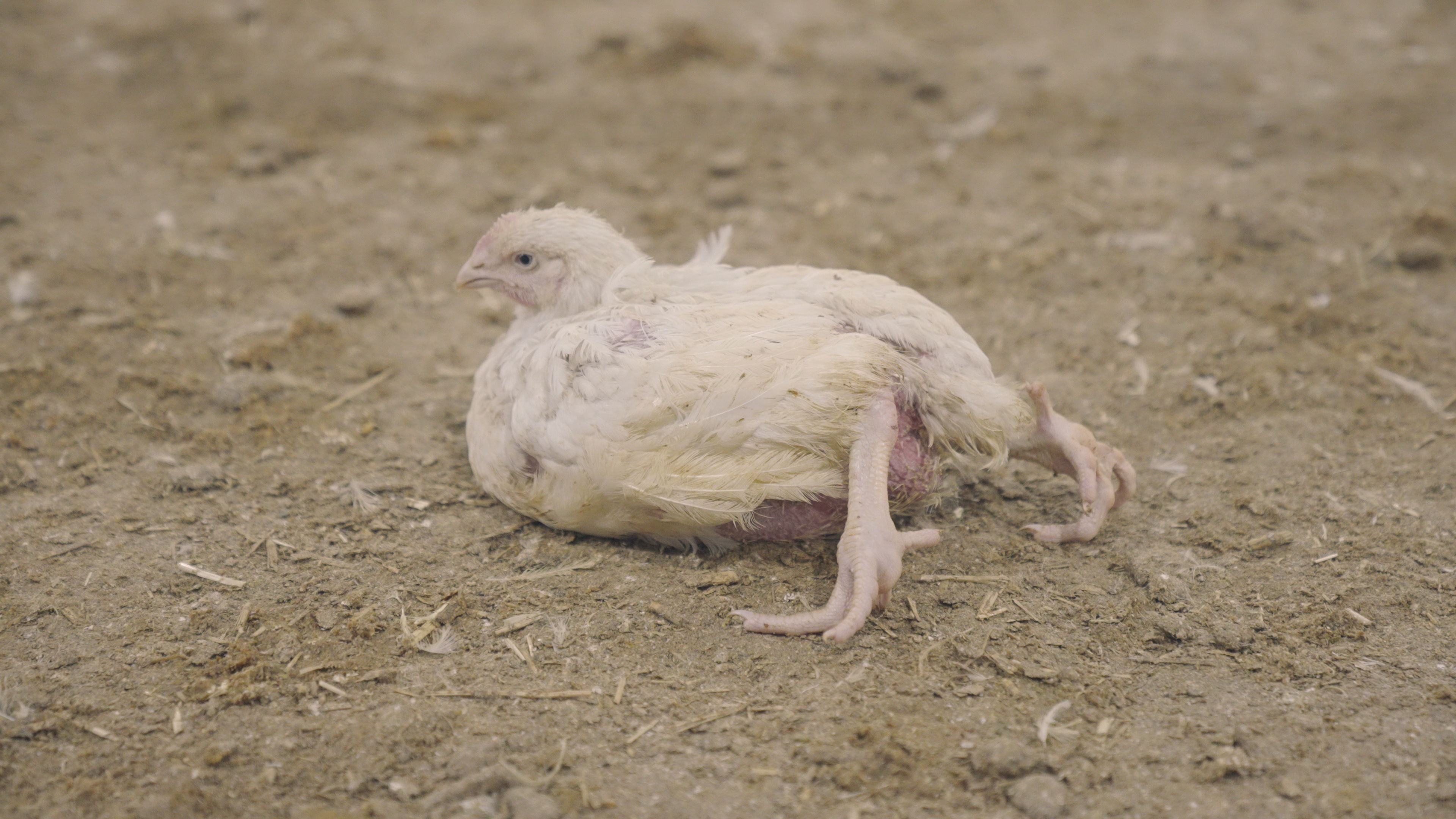 UK-based VFC, which was founded in December of 2020 by Matthew Glover and Adam Lyons, decided to track down the exact farm shed and pay a visit with a filmmaker to compare the marketing claims with reality. 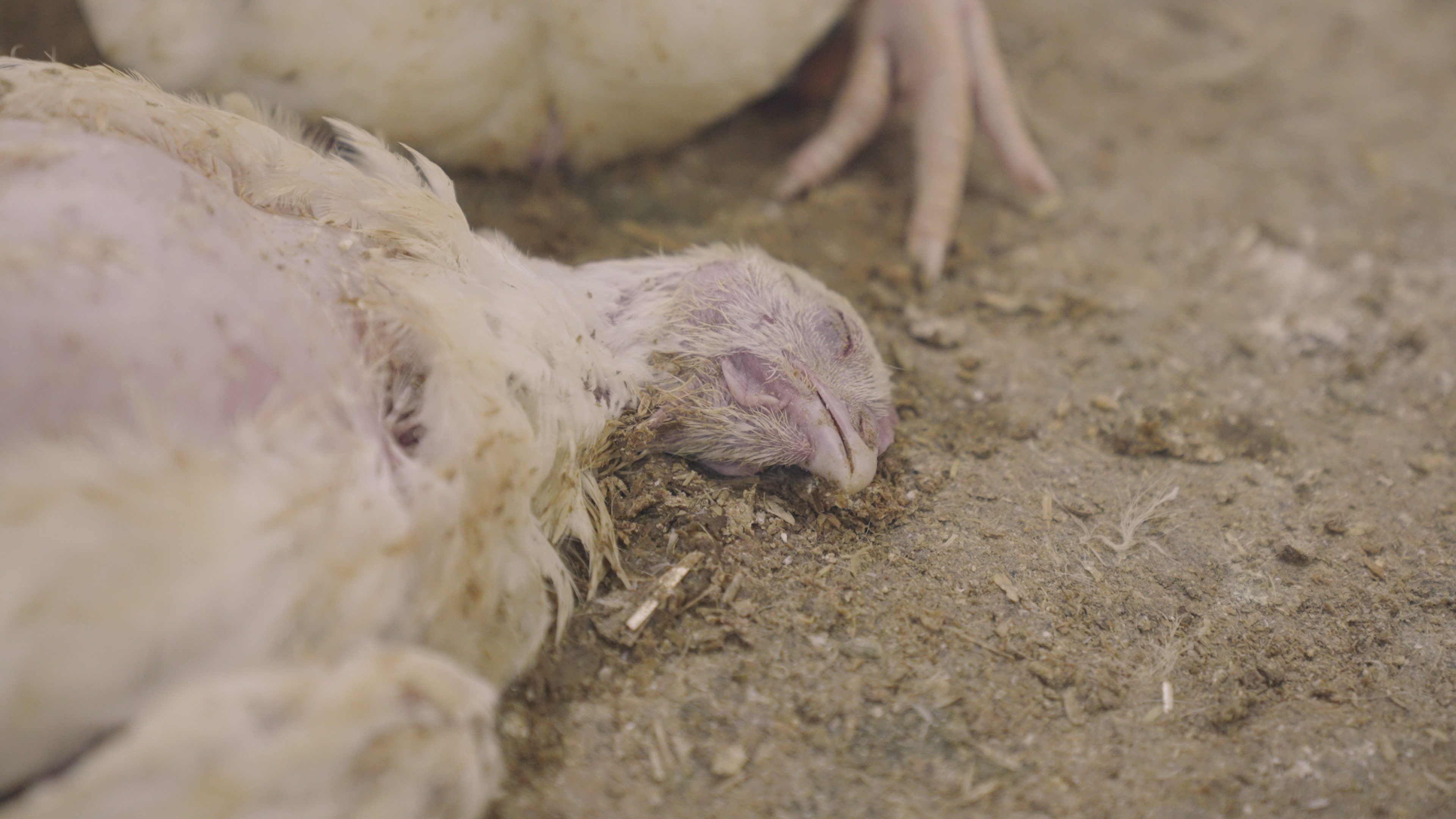 KFC’s promotional film, in which the farm manager, dubbed “The Chicken Whisperer,” tells Niko that they are “very proud” of the animal welfare at the farm. The video shows: 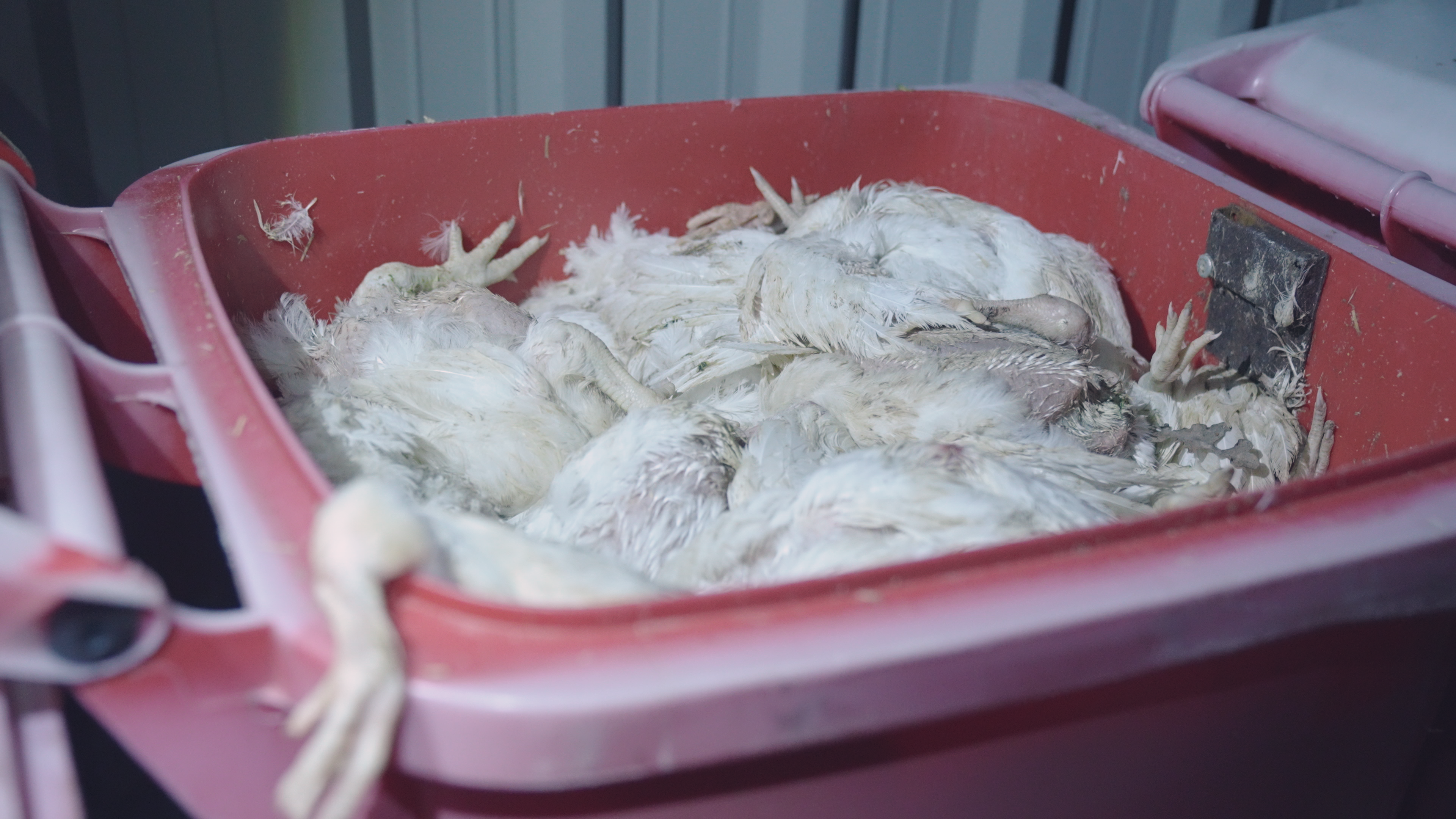 “This is the most disingenuous marketing campaign we have seen for a long time. This portrayal of chicken farming is utterly misleading and seeks to reassure the public that all is well, when nothing could be further from the truth. People have a right to know how filthy and crowded these farms are; how birds suffer and die right there in the sheds; and that the bins overflow with the carcasses of the poor animals who could not survive even a few weeks in such conditions,” Glover said in a statement, noting that “it is no wonder that people do not know basic facts about where meat comes from, or what the animals are forced to endure to produce it.” 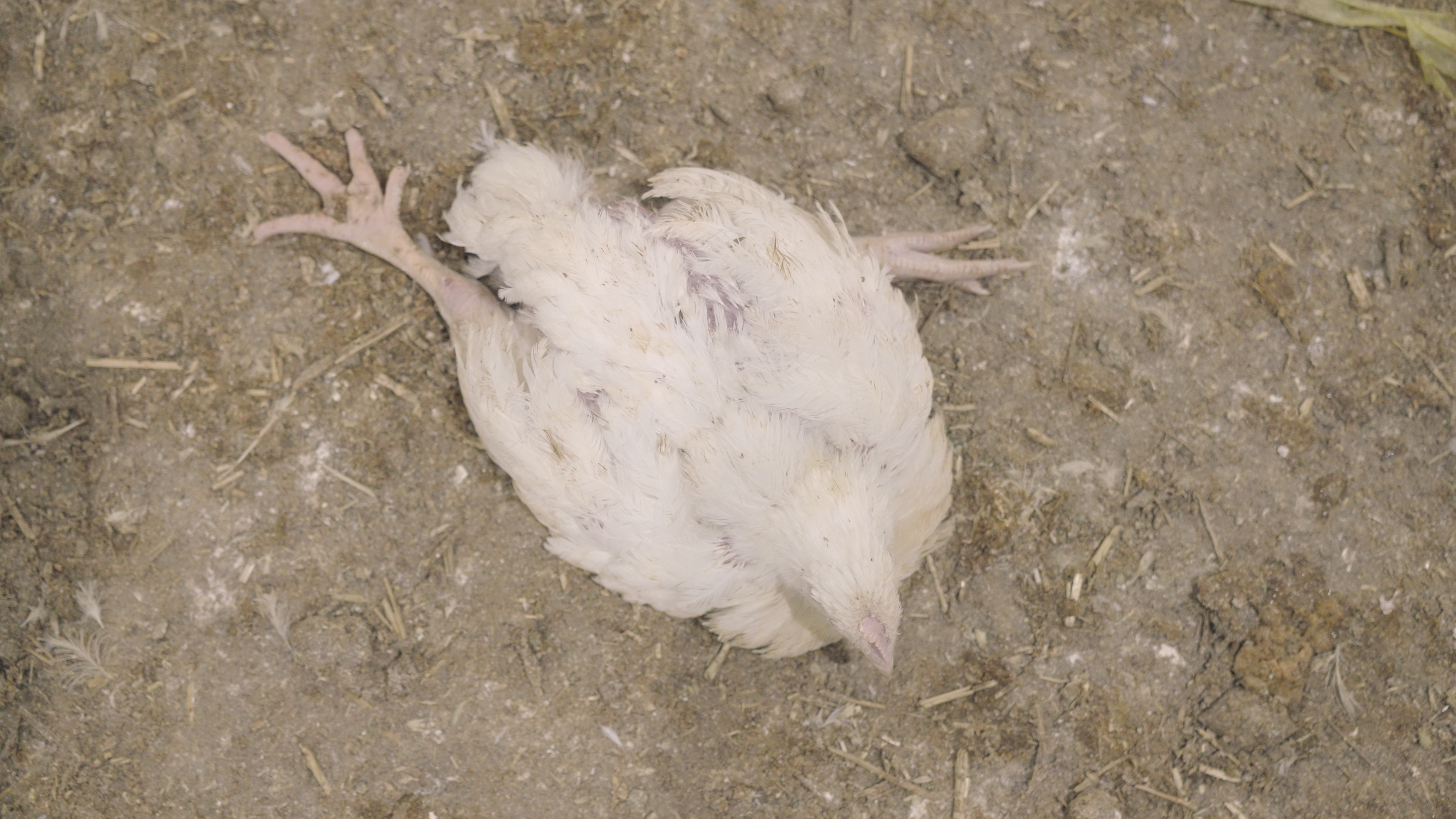 “We were not surprised to find that things were this bad because this is the everyday reality of intensive chicken farming,” concluded Glover. “But, it leaves us with just one question: did the farm lie to KFC about its welfare standards, or is KFC lying to the rest of us?” 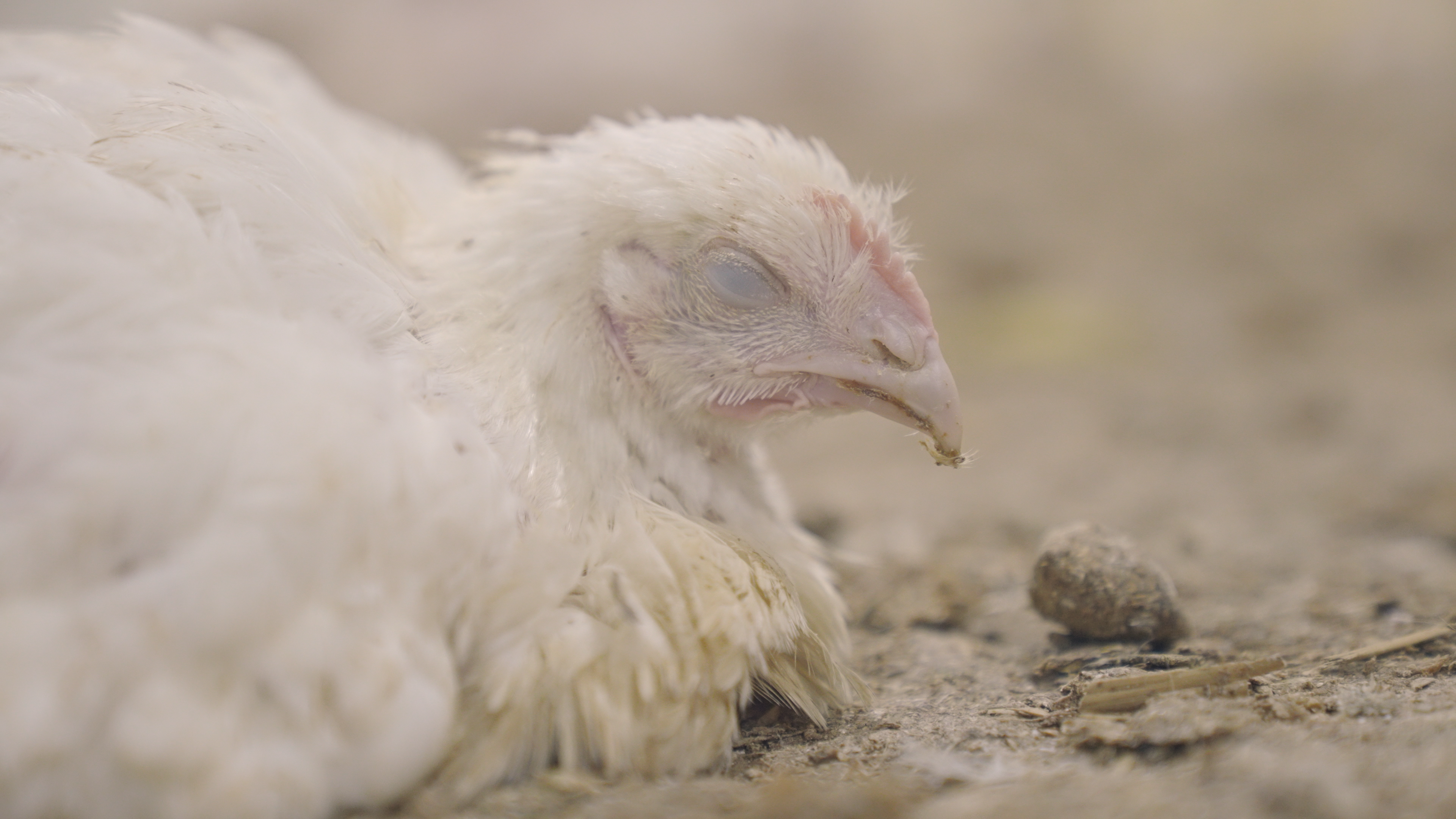 In January, VFC commissioned a consumer survey about people’s attitudes toward factory farming, as well as the public’s knowledge of it. It found that, while the vast majority of people consider themselves animal lovers and do not agree with chickens being farmed intensively, they were unaware that this is how almost all chickens are raised in the UK.

Previous articleHumane Society International Partners With Krakow Shelter For Homeless Animals In Poland To Care For 120 Homeless Dogs & Cats Rescued From Ukraine
Next article14 Rehabilitated Bonobos Are Returned To The Wild In The Congo; This Is The Second Time In History This Has Happened For The Endangered Species

Tragically, yet another wildfire is burning in Southern California. Dubbed the Getty Fire, the dynamic blaze started at approximately 1:30am and has already consumed numerous...
Read more
News

Photo from SPCLA is of three-month-old Macie ID # 18-07430. WAN prays she, and all animals, find safety with their adopters. As kitten season is winding...
Read more
News

With little more than one week’s notice, Delta Air Lines has announced more restrictions that will negatively affect pet parents and their support or...
Read more
Load more