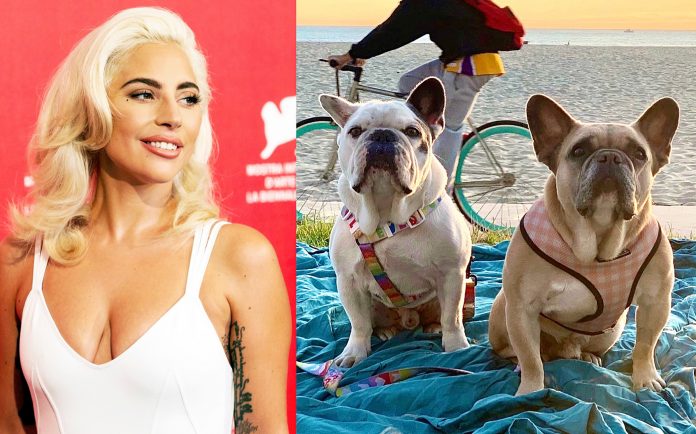 Update! WAN is relieved to report that both of Lady Gaga’s French Bulldogs, Koji and Gustav, were returned at 6:00pm tonight unharmed to the LAPD. The case is still under investigation.

Lady Gaga’s dog walker, who was shot numerous times in the chest Wednesday night, is in stable condition.

WAN talked with LAPD Officer Tony Im, who explained that a single victim shooting occurred on the 1500 block of Sierra Bonita Avenue on Wednesday evening. A male suspect fired a semi-automatic handgun striking the 30-year-old male victim, who was subsequently transferred to a local hospital.

According to Officer Im, the suspect was observed fleeing in a white vehicle north of Sierra Bonita Avenue toward Hollywood Boulevard. An investigation is currently underway.

A representative for Lady Gaga reportedly confirmed that the shooting victim was Lady Gaga’s dog walker and that her French bulldogs, Koji and Gustav, were stolen. The singer-songwriter offered a $500,000 reward for the dogs’ safe return.

Animal activists around the world are breathing a sigh of relief after the New Zealand Government announced plans yesterday that they will be phasing...
Read more

JOHANNESBURG, SOUTH AFRICA — In an effort to curb the slaughter of African elephants, parties to the Convention on International Trade in Endangered Species...
Read more
News

Dairy Is Scary! The Industry Explained In 5 Mins.