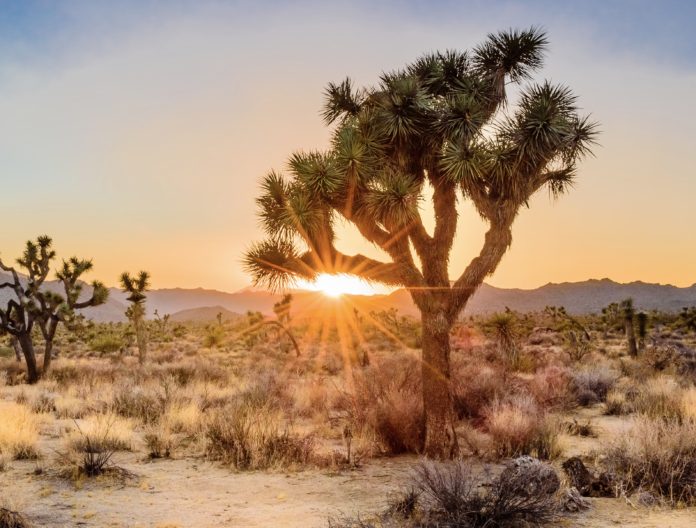 Earlier this week, the California Fish and Game Commission agreed to accept a petition protecting western Joshua trees under the state’s Endangered Species Act, granting legal protection to the iconic trees for at least a year.

Joshua trees are threatened by climate change, fire and habitat destruction from urban sprawl, and other development in their Mojave Desert home.

“This is a huge victory for these beautiful trees and their fragile desert ecosystem,” Brendan Cummings, the Center for Biological Diversity conservation director and a Joshua Tree resident, said in a statement. “If Joshua trees are to survive the inhospitable climate we’re giving them, the first and most important thing we can do is protect their habitat. This decision will do that across most of their range.”

This week’s vote grants Joshua trees candidate status under the California Endangered Species Act, giving them legal protection during a yearlong review to determine whether the species should be formally protected under the state law.

The vote affirms the California Department of Fish and Wildlife’s April recommendation, which came in response to a petition from the Center.

Commissioners also agreed to give developers of 15 shovel-ready industrial solar projects in Kern and San Bernardino counties so-called “take authorization,” allowing them to kill Joshua trees. In exchange the developers must pay into a state fund that will be used to purchase and permanently preserve Joshua tree habitat. This exemption applies only during the review period and requires developers to pay approximately $10,000 an acre, based on a ratio of 1.5 acres for every acre of occupied habitat that’s destroyed.

“This summer’s raging wildfires, heatwaves, and hurricanes confirm our dire climate crisis and the need to urgently achieve 100% renewable energy,” stated  Cummings. “But, the best places to put solar panels are on rooftops, parking lots, and degraded farmland, not pristine desert habitats. We disagree that these exemptions are needed, but we understand the commission’s decision.”

Recent studies show Joshua trees are dying off because of hotter, drier conditions, with very few younger trees becoming established. Even greater changes are projected over the coming decades. Earlier this year scientists projected that the Joshua tree will be largely gone from its namesake national park by the end of the century.

“Joshua trees face extinction in the wild and there is not much time left to save them. Human-caused climate change is making matters worse,” said Cummings. “It’s critical that the state stood up for these spectacular trees, because the federal government, local officials, and for-profit corporations are facilitating their destruction.”

Climate change could wipe out western Joshua trees, which already are failing to reproduce at drier, lower elevations. Prolonged droughts are projected to be more frequent and intense over the coming decades, shrinking the species’ range and leading to more tree deaths. Higher elevations, where Joshua trees might survive increasing temperatures and drying conditions, are at risk of fire due to invasive non-native grasses.

Habitat loss and degradation are also major threats. Outside of Joshua Tree National Park, off-road vehicle use, cattle grazing, power lines and pipelines, and large-scale energy projects are destroying habitat. Approximately 40% of the western Joshua tree’s range in California is on private land, with only a tiny fraction protected from development. Current projections show that virtually all of this habitat will be lost without stronger legal protections for the trees.

“Developers are bulldozing Joshua trees every day to build roads, power lines, strip malls, and vacation rentals,” said Cummings. “If these beautiful plants are to have any hope of surviving in a warming world, we have to stop killing them.”

The Joshua tree has recently been recognized as composed of two distinct species, the western Joshua tree and the eastern Joshua tree. The two species occupy different areas of the desert, are genetically and morphologically distinguishable, and have different pollinating moths.

The vote addresses the western species. The western Joshua tree has a boomerang-shaped range stretching from Joshua Tree National Park westward along the northern slopes of the San Bernardino and San Gabriel Mountains, through the Antelope Valley, northward along the eastern flanks of the southern Sierra Nevada and eastward to the edges of Death Valley National Park and into Nevada.

The eastern Joshua tree’s range in California is centered in the Mojave National Preserve and extends east into Nevada, Arizona and Utah.

If Joshua trees win protection under California’s Endangered Species Act, state and local agencies will have to manage threats to them, including developing a recovery plan outlining a strategy to protect the species in the face of climate change.

WAN Exclusive With Mikayla; The Young Girl Fighting To Keep Her Rescued Foxes From The Fur Trade

A signing ceremony took place last Friday marking the beginning of the return of wild tigers to Kazakhstan more than 70 years after they...
Read more
News

Sign Petition Urging That Russian Circus Animals, Including A Tigress Who Had A Seizure During A Show, Be Sent To A Sanctuary!

Brother and sister duo, Artur Bagdasarov and Karina, are making a living by abusing 6 tigers in a circus in Magnitogorsk, Russia. One of their captives,...
Read more
Load more