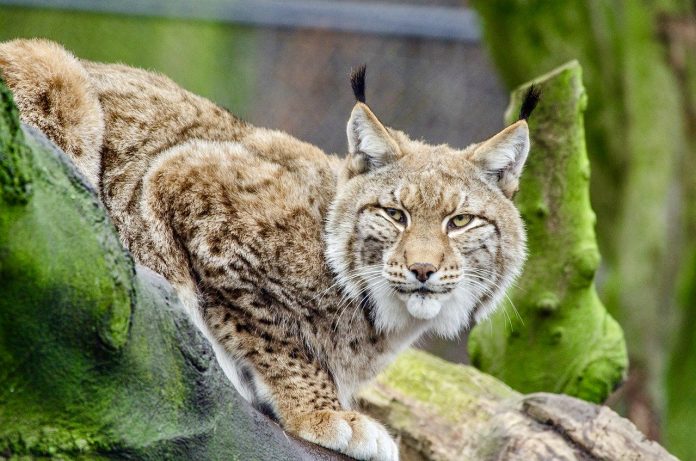 Call To Action! Help Minneapolis, Minnesota, Become The Next U.S. City To Ban The Sale of Fur

Minneapolis, Minnesota, is making moves to become the next great city to ban fur. Just weeks ago, Minneapolis City Council members proposed an ordinance to ban the sale and manufacture of new animal fur products throughout the city. Now, we need compassionate Minneapolis residents to speak out in support of a city-wide ban on fur.

A game-changing bill to ban fur sales has been introduced to the Minneapolis City Council which would save innocent animals from being tortured and killed for fashion. Fur Free Minneapolis is a dedicated group of volunteers organizing to stop the sale of new fur products. “We know that the fur industry thrives on violence, is motivated by profit, and regularly misinforms the public. We are volunteers focused on protecting life, telling the truth, and eliminating harm. This is the right thing to do, it’s the right time to do it, and the animals deserve our help.” Please urge your city council member to ban fur in Minneapolis.

To produce a fur jacket, trim, or accessories, fur-bearing animals are held hostage on fur farms, where they are deprived of space, socialization, and everything wild animals need to thrive. To preserve their coats, coyotes, chinchillas, foxes, mink, rabbits, and other fur-bearing animals are often electrocuted. They may also be bludgeoned to death or skinned alive. Animals wait in terror for their turn, and the brutal process continues. Furs from dogs, cats, raccoons, rodents and other animals are often undisclosed or intentionally mislabeled by manufacturers. Fur production is not only cruel, it damages the environment and is hazardous to human health. Fur is often preserved with toxic, carcinogenic chemicals, which ultimately end up polluting the soil and waterways of surrounding habitats.

What You Can Do:

The inherently cruel fur industry is on its last legs. In October, California passed the first-ever statewide fur ban, and other cities and states are diligently working to follow suit. Designers from all over the world, including Gucci, Prada, and Michael Kors, have pledged to ditch fur. Giant retailers including Macy’s, Inc. and Bloomingdales, have also announced that animal fur will no longer be sold at its stores or online beginning in 2021.

Please help In Defense of Animals by urging your Minneapolis City Council member to make fur history by supporting this monumental bill!

1. To find your City Council member’s contact information, please find your neighborhood listed below or enter your full address HERE!

2. Call your Council member’s office by using the phone numbers listed below for your specific representative. Ask to leave a message for your councilmember, making sure to be polite and respectful, you may say:

“Minneapolis residents do not want clothing or accessories made from the fur of animals who are brutally killed. Please pass a fur ban in Minneapolis!”

3. Submit a comment by using the “Submit Comment” link listed below for your City Council member. You are likely to receive a response back from your councilmember’s office, so please be courteous and polite. You may copy and paste the following message into the comment form. Personalization is highly encouraged.

As your constituent, I urge you to support a city-wide ban on the sale of new fur products in Minneapolis. Compassionate residents do not support the cruel and unnecessary fur industry, which profits from the torture and killing of innocent animals for their skins. Fur production is not only cruel, it damages the environment and is hazardous to human health. Fur is often preserved with toxic, carcinogenic chemicals, and fur farms produce large amounts of waste, all of which end up polluting the soil and waterways of surrounding habitats. The trapping of wild animals not only leads to the deaths of threatened and endangered species, it is also responsible for the accidental killing of Minnesota residents’ beloved dogs and cats. Please ban fur in Minneapolis!

Content from In Defense of Animals. Help them continue fighting for animals, people and the environment by making a donation HERE!

The Horseracing Integrity And Safety Act Passes The U.S. House Of Representatives; Now Moves To The Senate For Vote

In a news conference today, Barbara Pompili, France's Minister of Ecological Transition, announced numerous measures to improve the welfare of captive wildlife throughout the...
Read more

Photos by PETA A shocking new undercover video exposé filmed at a Canada Goose down supplier shows that workers rounded up terrified geese, who then piled on...
Read more
News

Call In Your Support To Help AB 1199 The Police And Canine Encounters Act Become A Life-Saving Law!

The photo above is a tragic case in which a little boy's dog, Eazy, was shot and killed by police when they entered the...
Read more
News

New Bill Would Require The California Department Of Fish And Wildlife To Adopt Regulations To Prevent Whales & Sea Turtles From Becoming Entangled In...