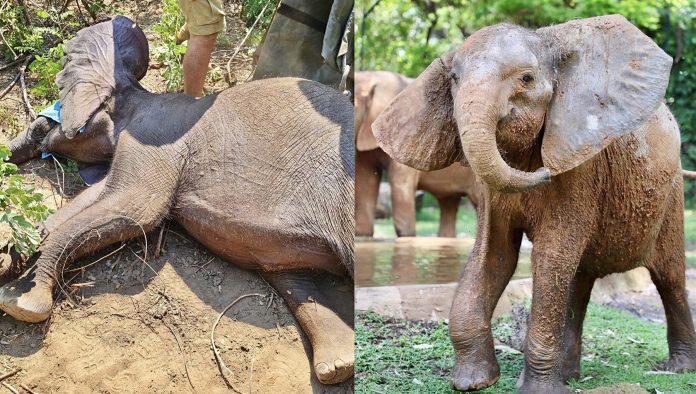 Rescuers in Zimbabwe airlifted a seriously injured elephant calf to safety after she was found entangled in a wire snare, with one ear almost completely amputated.

According to the International Fund for Animal Welfare (IFAW), fishermen spotted the approximately 18-month-old female calf wandering alone on the banks of the Zambezi River. The poor elephant was dragging a snare around and reportedly had wounds from surviving an attack by hyenas. 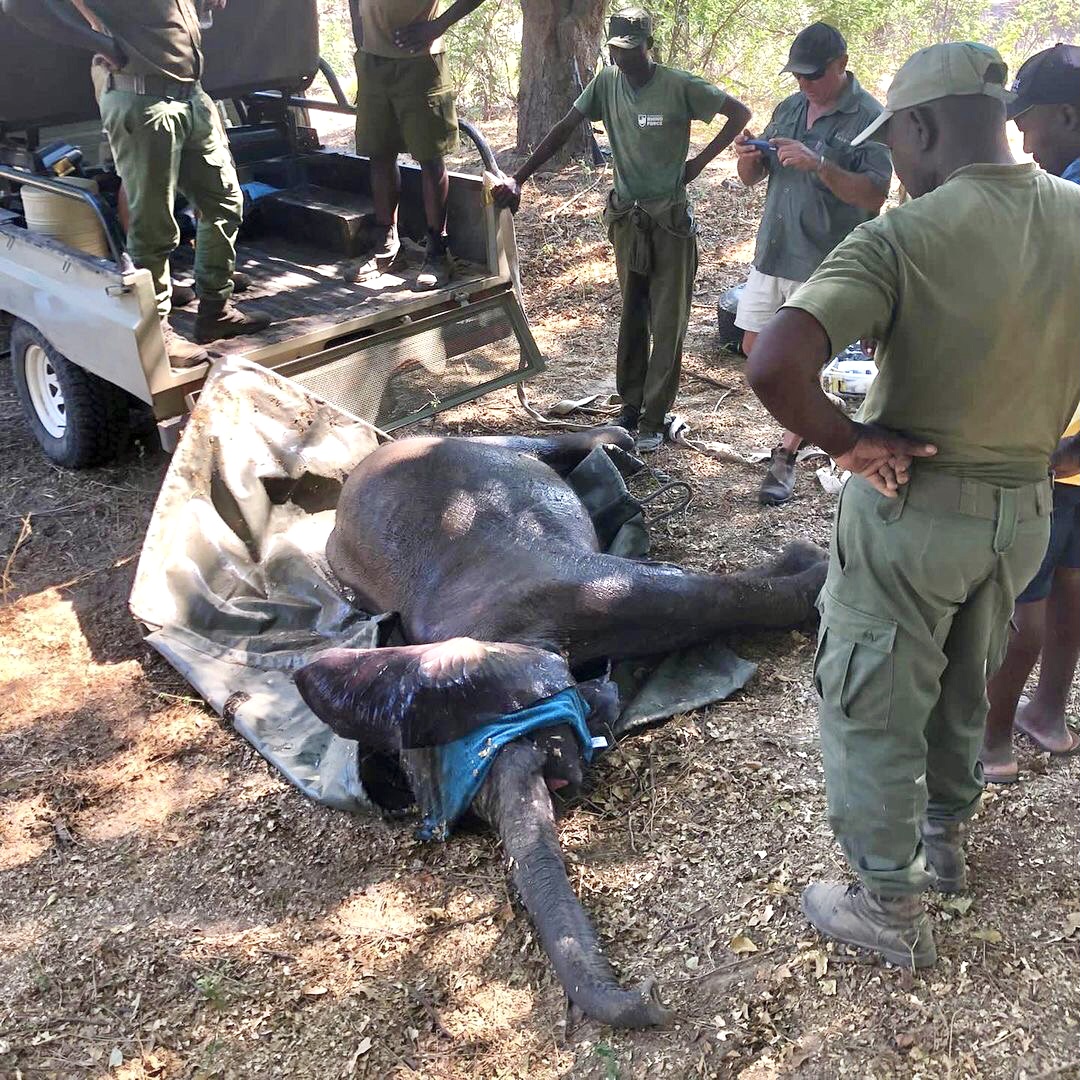 In a complicated operation, the veterinary team from Wild is Life-Zen Nursery (WIL) in Harare worked alongside rangers of the Zimbabwe Parks and Wildlife Management Authority (ZimParks) to dart and immobilize the young elephant to remove the snare. The calf, now named Sally, was then flown to WIL to recover.

“Darting elephants so close to water is always dangerous because of the possibility of them bolting into the water and drowning or being attacked by crocodile or hippo. An additional safety risk is the area’s large populations of lion and hippo,” said Roxy Danckwerts, Founder and CEO of WIL, in a statement. 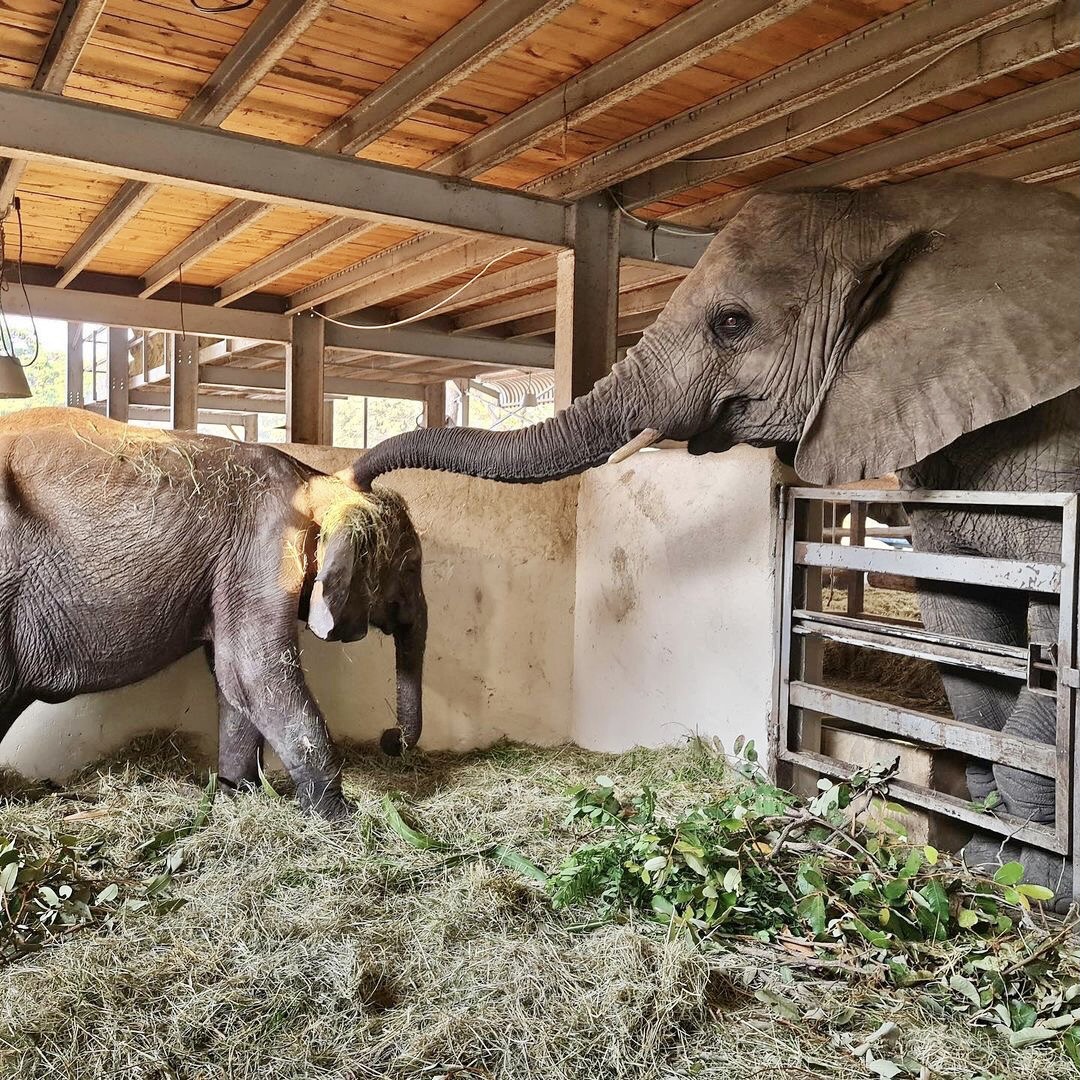 “She was immediately airlifted to our facility in Harare and we are very pleased with her progress. She is recovering well and is bonding with the other rescue elephants we care for,” continued Danckwerts. “However, the damaged ear will be permanently disfigured and will make her quite distinctive in appearance.”

Thankfully, Danckwerts said that it was unlikely that the injury would affect the elephant’s hearing. 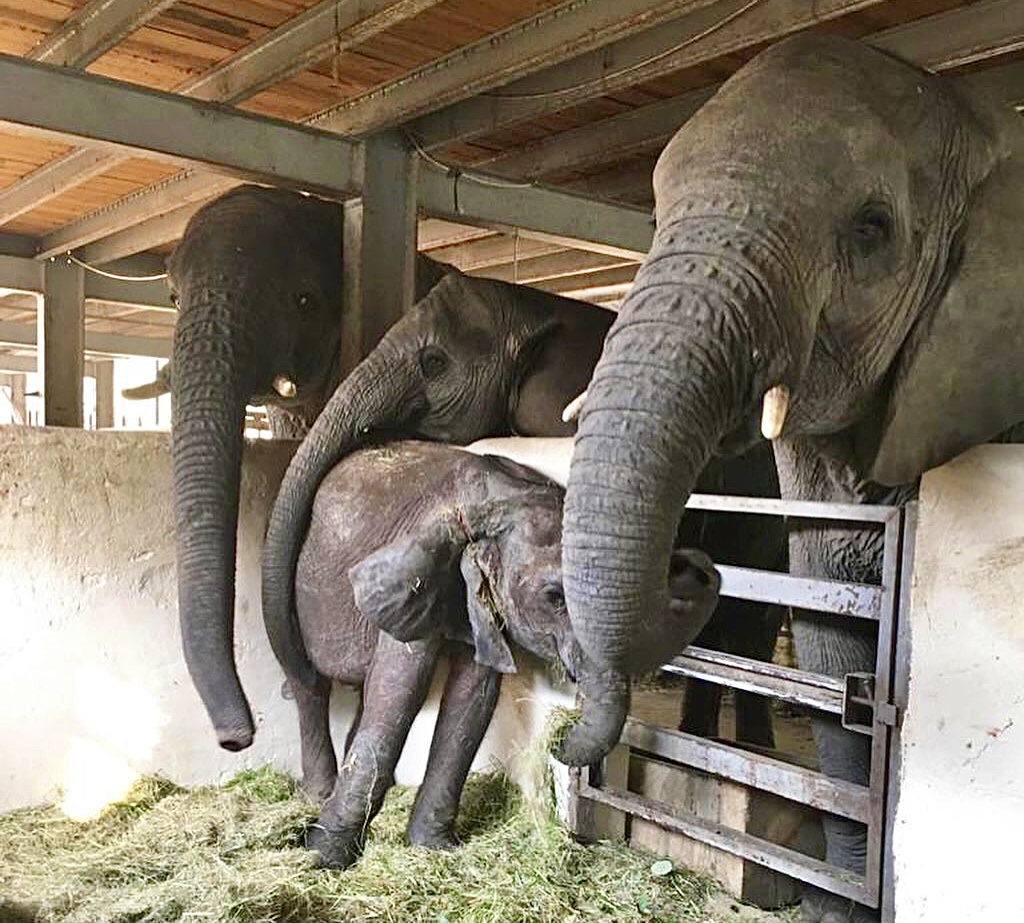 As per the organization, Sally’s prognosis for recovery is good and she will be a candidate for release back into the wild within a few years.

Previous articleVictory! New Jersey Becomes The Eighth State In The U.S. To Ban The Sale Of Cosmetics Tested On Animals
Next articleFour Monkeys Rescued From The Exotic Pet Trade Return To Their Home In The Amazon Rainforest

(Right Photo) From Horseracingwrongs.com of another racehorse  A 33rd horse has died at Santa Anita Park in California. We are urging everyone to please call...
Read more
Healthy Living

Photos from CNYACTF Facebook Page A first-of-its-kind program designed to educate and rehabilitate men and women who have been arrested for animal cruelty or neglect has recently...
Read more
Load more