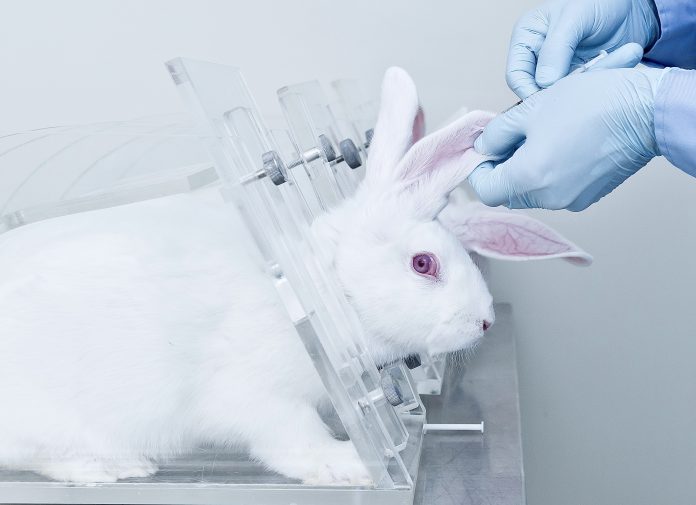 Victory! New Jersey Becomes The Eighth State In The U.S. To Ban The Sale Of Cosmetics Tested On Animals

Earlier this week, New Jersey’s Governor Phil Murphy, signed critical legislation to end the sale of cosmetics throughout the state that have been newly tested on animals. The ban will prevent the cruel and unnecessary use of rabbits, guinea pigs, mice, and rats in cosmetics testing.

State Senator Joseph Lagana and State Assmeblyman Anthony Verrelli were the primary sponsors of the bill, which passed unanimously in both the New Jersey State Senate and Assembly with an extensive list of bipartisan cosponsors.

“Cosmetic testing on animals is not only unnecessary and oftentimes ineffective, but it contributes to the serious suffering of animals,” Senator Lagana said in a statement sent to WAN. “It is heartbreaking to know what these animals endure for days or weeks. This bill will make it illegal for any product that was animal tested to be sold in New Jersey, incentivizing companies to stop this unethical practice.”

As previously reported by WAN, animals used in cosmetics testing suffer through painful tests. Rabbits have chemicals rubbed onto their shaved skin or dripped into their eyes, and are observed for signs of irritation such as redness, bleeding, and ulcers. Guinea pigs and mice have substances injected under their skin or smeared onto their ears to evaluate allergic responses. Rats are forced to ingest large amounts of chemicals to determine the “lethal dose” that eventually causes death. Pain relief is rarely provided and the animals are killed at the end of these horrific tests.

“In the passage of this law, New Jersey has recognized overwhelming public opinion that animals should not suffer to test cosmetic products or ingredients,” stated Vicki Katrinak, Director of Animal Research and Testing for the Humane Society of the United States. “With a growing number of non-animal test methods available, there is no ethical justification to continue harming animals for the sake of shampoo, mascara, or aftershave.”

Outdated animal tests are being replaced with an increasing number of modern testing methods, such as human cell-based tests and sophisticated computer models. These non-animal technologies are often faster, less expensive, and more reliable predictors of human safety.

New Jersey is now the eighth state in the country, and the fifth this year, to pass a law to ban the sale of animal-tested cosmetics following California, Nevada, Illinois, Virginia, Maryland, Maine, and Hawaii.

There is strong corporate support for ending cosmetics animal testing. Several companies selling or manufacturing cosmetics in New Jersey signed on in support of this legislation including Lush, The Herbs and the Bees, and US Organic Group, joining nearly 1,000 other brands and companies supporting federal humane cosmetics legislation.

Previous articleNew PSA Featuring Actor Jason Momoa & Other Well-Known Advocates Urge The U.S. Government To Relist Wolves Under The Endangered Species Act
Next articleElephant Calf Injured By A Snare Is Airlifted To Safety After Being Found Wandering Alone In Zimbabwe

Wishing Everyone Much Peace, Love & Many Blessings This New Year 2019!!!

The world around us is a part of us, and how we treat the world is how we treat ourselves. Be mindful of this...
Read more
Industry News

A powerful new short film is raising awareness about the plight of lions in South Africa who are tragically exploited from their birth until...
Read more
News

The image of five innocent tiger cubs that were found dead in the trunk of a car by Vietnamese police Tuesday afternoon, is as...
Read more
Load more