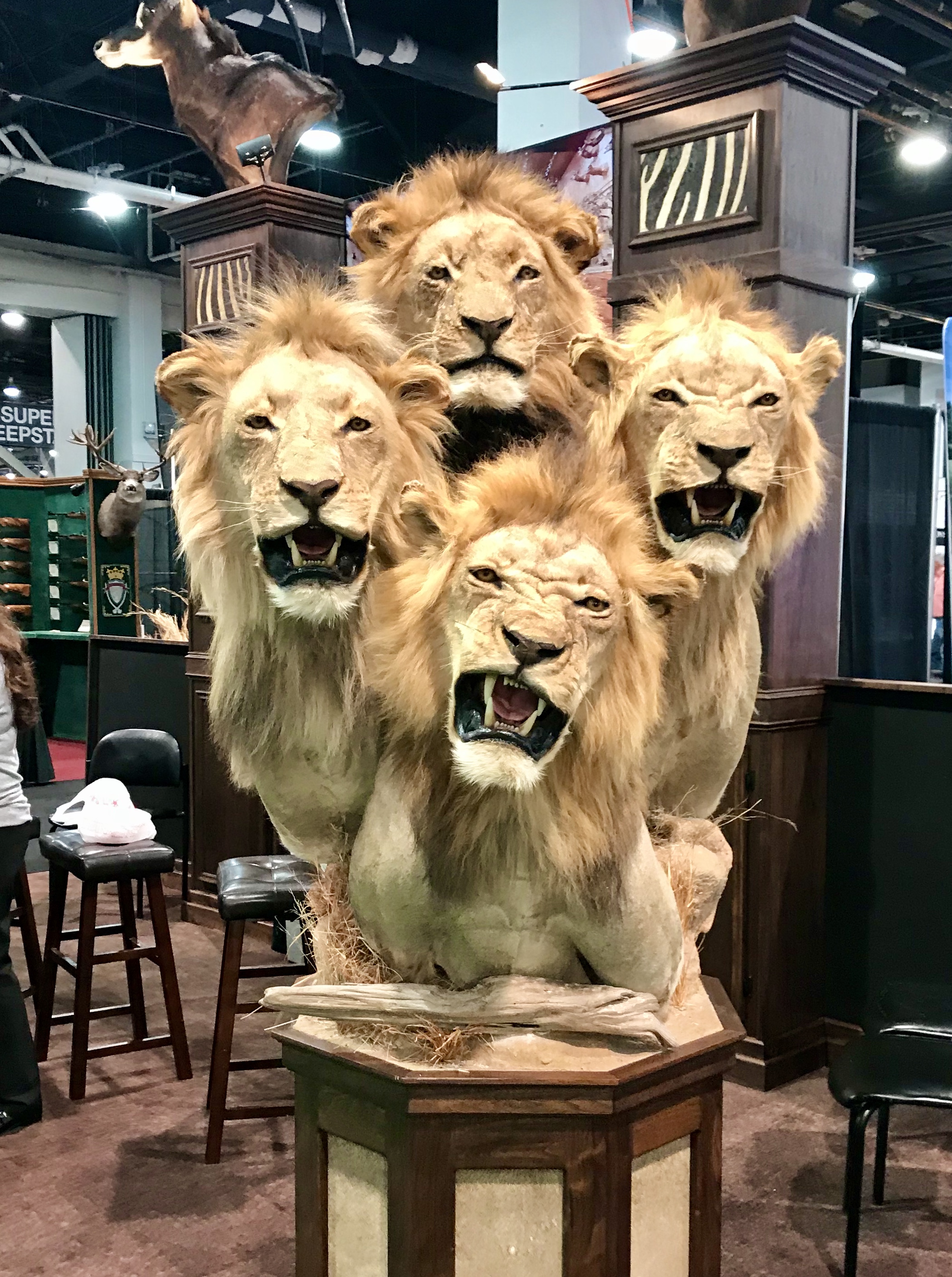 Shockingly, thousands of trophy hunters from around the world will gather next week in Reno, Nevada, from (February 5th-8th), for Safari Club International’s annual convention, which will feature approximately 870 exhibitors showcasing and selling sickening trophy hunting expeditions, wildlife parts and products – from animal heads to hides. In addition, avid trophy hunter Donald Trump Jr. is scheduled to speak at the event on February 8th.

“This annual event is the largest meeting in the world of people who celebrate the senseless killing, buying and selling of dead animals for bragging rights,” said Kitty Block, President and CEO of the Humane Society of the United States (HSUS) in a statement. “As our planet suffers an extinction crisis, it is business as usual for the trophy hunting industry and SCI, who continue to revel in spending millions of dollars every year to destroy imperiled wildlife.”

HSUS and Humane Society International (HSI) have analyzed the products promoted for sale and auctions of trophy hunts by exhibitors attending the upcoming 2020 convention. Among those are more than 300 trophy hunts in the U.S. and abroad whose starting bids range from $1,650 to $100,000 each. These hunts will kill at least 860 animals of over 50 species, including black bears, wolves, leopards and elephants. The auctions are expected to bring in more than $5 million to SCI. One of the hunts up for bid is a black-tailed deer hunt with Donald Trump Jr. in Alaska for $17,000.

Jeff Flocken, President of HSI said, “The trophy hunting industry’s conservation claim is shattered by SCI’s promotion of and profit from killing rare and imperiled animals. Trophy hunting is unethical, ecologically devastating and inflicts tremendous cruelty on wild animals. It’s time that we move beyond a colonial pastime and celebrate wild animals in their natural environment.”

In addition to Donald Trump Jr. speaking at the event, The Beach Boys and Charlie Daniels are scheduled to perform at the convention. The group REO Speedwagon had been scheduled, but they pulled out of the event and HSUS and HSI applauds their decision.

According to reports, Botswana’s President Mokgweetsi Masisi is slated to attend this year’s convention to accept an award. Last year, the government of Botswana lifted a ban on elephant hunting in the country, for which he received SCI’s praise, despite local and international backlash and opposition from elephant experts and advocates around the world.

HSUS and HSI are urging the public to ask the U.S. Fish and Wildlife Service to deny any authorization for Trump Jr. to import the trophy of an endangered Argali sheep he killed in Mongolia last year.

Previous articleMeet Some Loving Adoptable Dogs Who Are Looking For Their Forever Homes; Here Are WAN’s Rescues Of The Week!
Next articleTell The Milwaukee County Zoo & Pittsburgh Zoo Not To Separate Two Bonded Elephant Companions Who Have Spent Over 25 Years Together

On Tuesday, the Assembly Committee on Public Safety unanimously passed Senate Bill 1024, the Animal Cruelty and Violence Intervention Act of 2018, which was...
Read more
News

Eighty years ago this week, the Thylacine, commonly known as the Tasmanian tiger, was set to become protected, following mass killings of their species. Unfortunately,...
Read more
News

WANTED! Person Who Committed Horrific Case Of Animal Cruelty Resulting In Death Of Duck From Firecrackers

An unfathomable case of animal cruelty has resulted in the death of a young mallard duck in Auckland, New Zealand. According to SPCA Auckland, the...
Read more
Load more