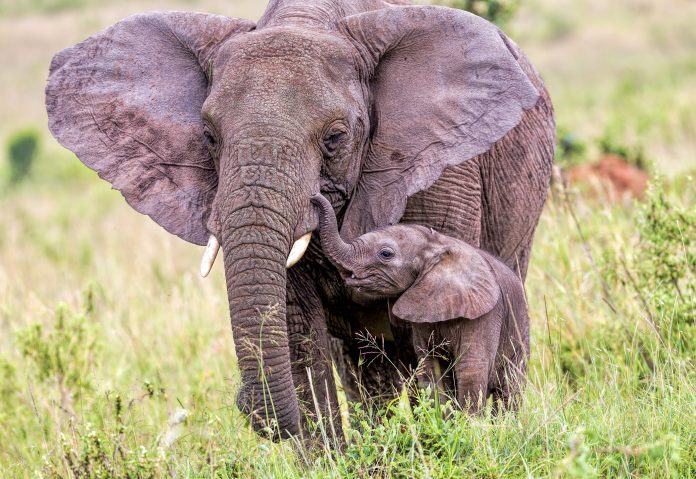 This Friday, The Lives Of 83 Elephants In Botswana Are At Stake In Controversial Trophy Hunting Auction; This Must End!

This Friday, the Ministry of Environment, Natural Resources Conservation, and Tourism in Botswana will be auctioning off the lives of 83 elephants to be senselessly murdered by national and international trophy hunters.

Making the situation even worse, a statement posted by the Ministry promoted the auction as comprising of six elephant hunting packages, as well as two packages that include multiple species of animals.

The first phase of the auction is only open to companies, such as local hunting outfitters and travel agencies, that are owned by citizens of Botswana. Should any of the hunting packages remain available for sale after the first phase, there will be a second phase of the auction which is open to other Botswana-registered companies. The hunts will be valid from April 5, 2022 through December 31, 2022.

The National Park Authority, which falls under the Ministry of Environment, Natural Resources Conservation and Tourism, has confirmed the auction, reportedly claiming that the “proceeds” will be used to “benefit” animal welfare. Unbelievable!

As per a post on the Future For Elephants Facebook page, Botswana only earns an estimated $9,000 USD per elephant and “where the money goes is very questionable.”

As previously reported by WAN, Botswana lifted a five-year ban on trophy hunting in 2019. This year, the government issued 287 licenses for elephant hunting.

“Since the change of government and the return of trophy hunting, the poaching in Botswana has escalated,” noted another post by the nonprofit organization, “which certainly puts additional pressure on the elephant stocks besides the local extinction of rhinos.”

Tragically, with the annual hunting quota set so high, Future For Elephants warns that in 10 years there will be no more adult bulls remaining in Botswana.

Please call the office of the President of Botswana, Mokgweetsi Masisi, to urge him to reinstate the ban on hunting at +267 365 0837 or email gpitso@gov.be

WAN Talks With Organizer Of Protest Taking Place This Weekend In Savannah, Georgia, Urging The End Of Horse-Drawn Carriages

Photo by WJCL An important protest advocating to put an end to horse-drawn carriages in Savanah, Georgia, is scheduled to take place this Saturday, February 23rd, from...
Read more
News

As per InternationalAnimalRescue.org, IAR's q rescue team in Ketapang is currently caring for two baby orangutans rescued in a raid by the Rapid Response...
Read more
News

Breaking! More Than 70 dogs Were Rescued From Severe Cruelty Case In Aguascalientes, Mexico

More than 70 dogs are now on their way to better lives after their rescue from a case of neglect in Aguascalientes, Mexico, at...
Read more
Load more