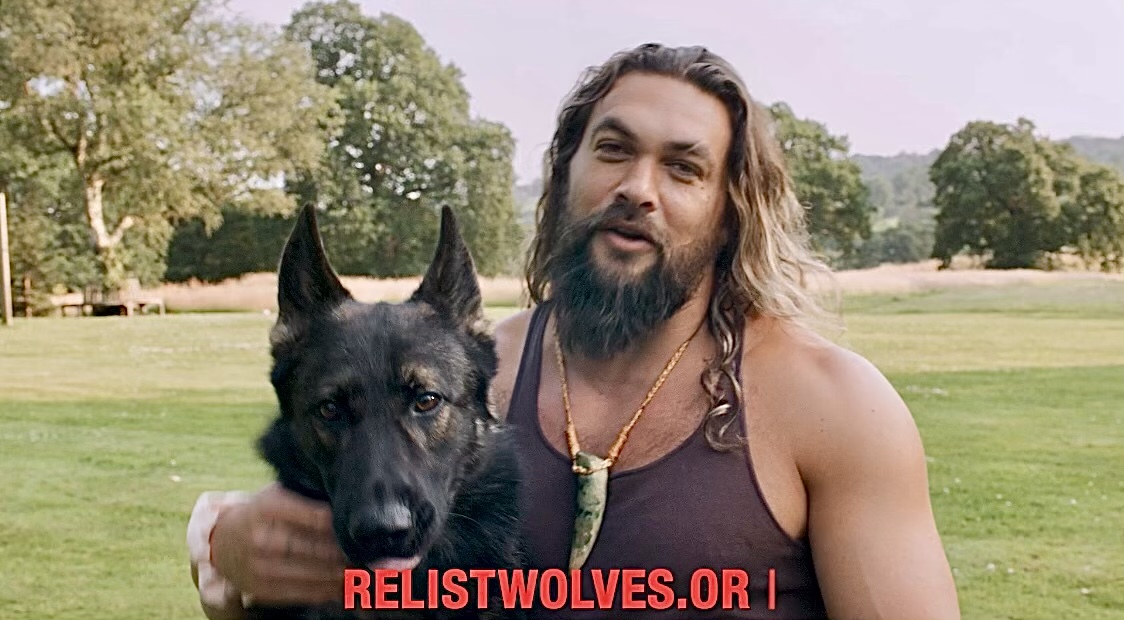 A powerful PSA launched starring actor Jason Momoa that urges the Biden administration to restore federal protections for America’s wolves. The film highlights the environmental and cultural significance of wolves and why protecting them is critical for their survival as a species.

Momoa describes how wolves “defend our ecosystems, inspire our culture, and even became our best friends.” But as Momoa notes, wolves are in danger.

In October 2020, the Gray Wolf was removed from the endangered species list by the Trump administration, undermining and weakening the Endangered Species Act. Since then, wolf hunts have devastated the species, with states like Montana and Idaho permitting hunts to kill up to 90% of their wolf populations. In February alone, 200 wolves were slaughtered in under 60 hours in Wisconsin.

#RelistWolves is a campaign launched by a coalition of NGO’s, scientists, concerned citizens, and political campaign strategists, that aims to add wolves back on the Endangered Species List.

2. Bill To End The Suffering Of Wild Animals In Traveling Circuses & Performances In The U.S. Was Recently Reintroduced To Congress 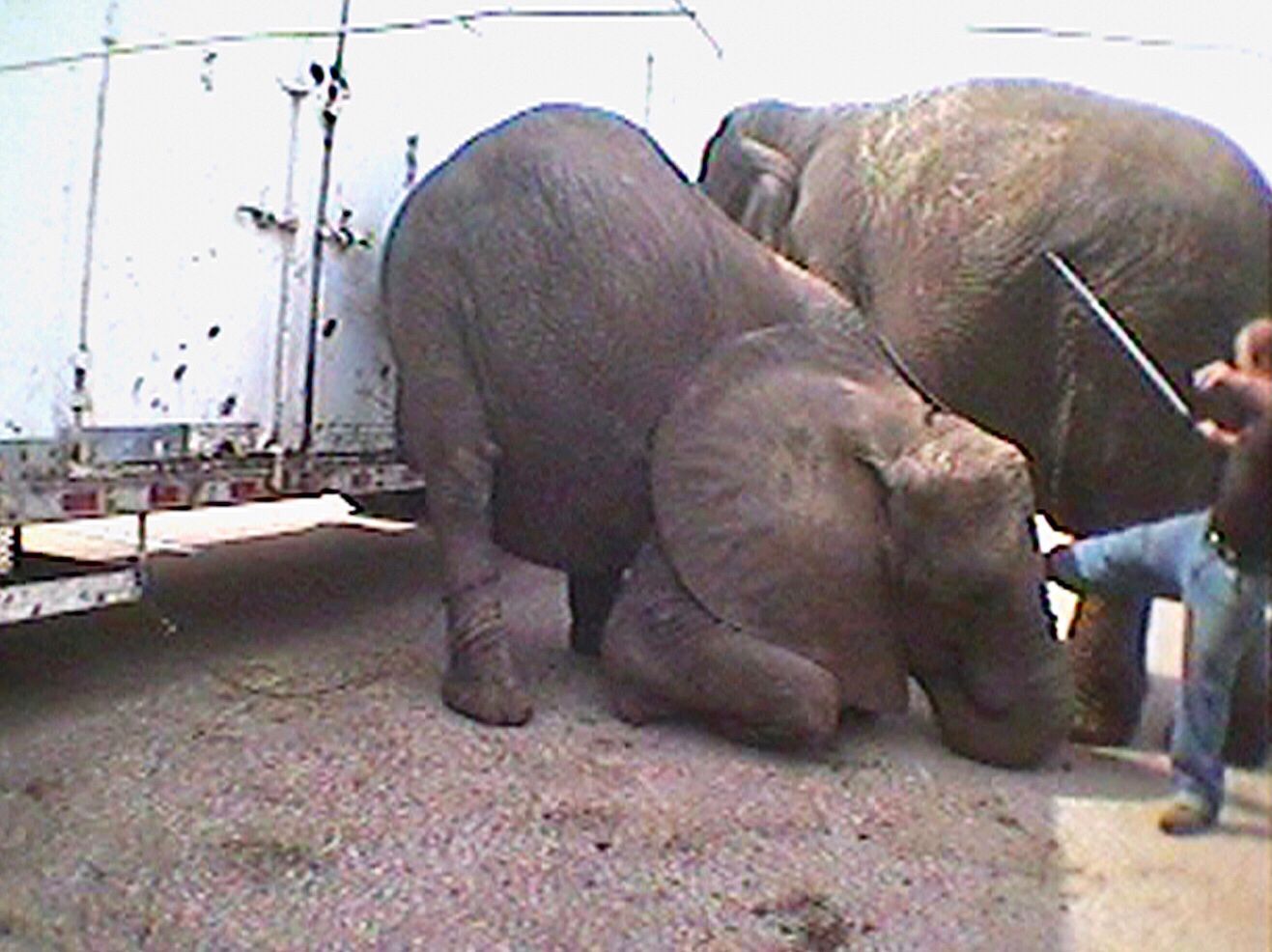 The bill amends the Animal Welfare Act to prohibit the use of exotic and wild animals in traveling performances in the U.S. The Traveling Exotic Animal and Public Safety Protection Act (TEAPSPA), sponsored by Representatives Raúl Grijalva (D-AZ), David Schweikert (R-AZ), and Senator Bob Menendez (D-NJ), was launched during a live, virtual event hosted by Animal Defenders International (ADI) that also included the bill’s sponsors and celebrity supporters.

“Traveling circuses cannot possibly meet the needs of these animals. Instead, elephants are forced to live in chains in parking lots, and lions, tigers, and bears are kept in small cages on the backs of trucks,” ADI President Jan Creamer, told WAN. “The animals also endure beatings and electric shocks during training. This bill will consign these archaic practices to the history books and we urge everyone to ask their members of Congress to support it.” 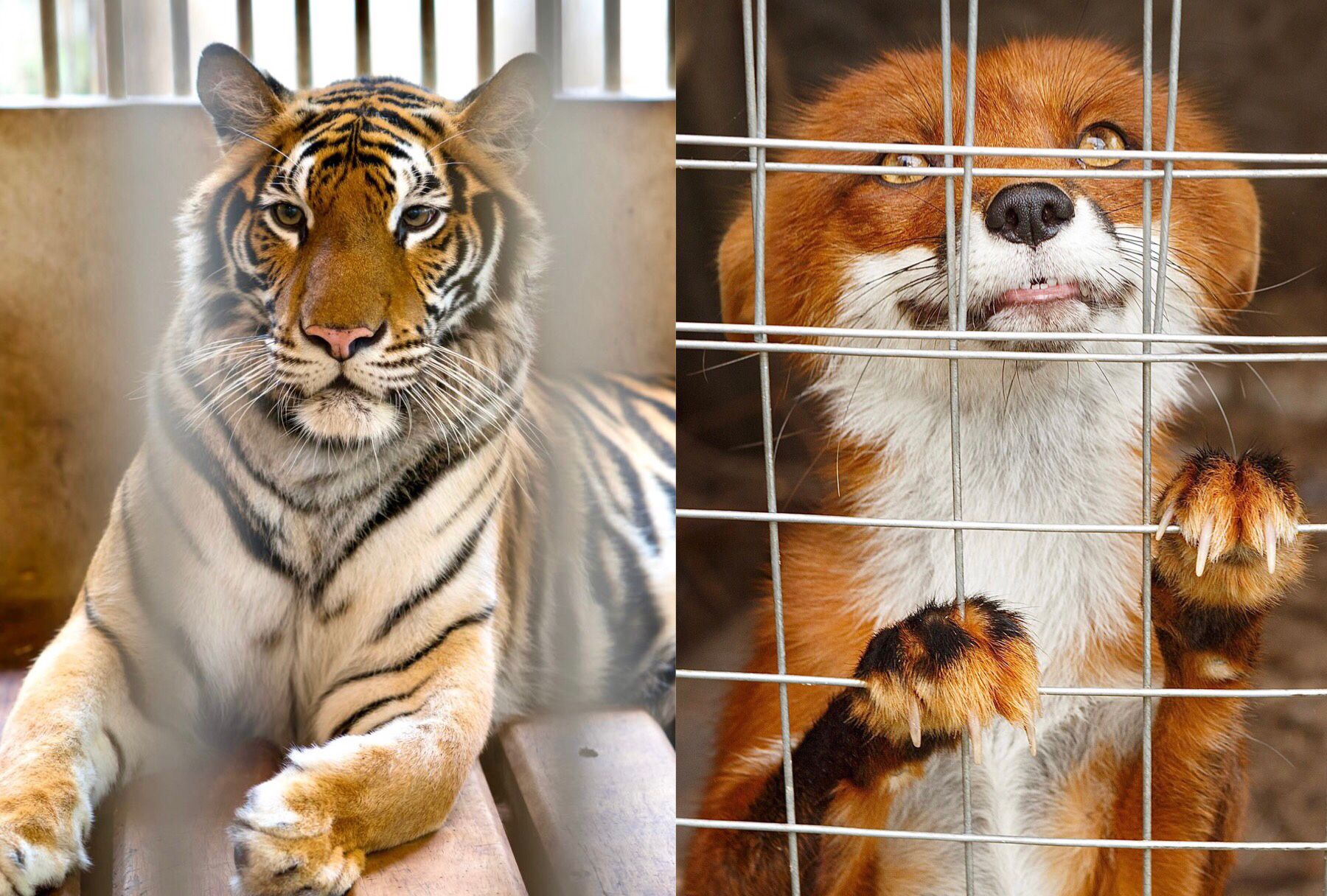 The National Assembly in France adopted an extensive animal welfare bill that has been under consideration for more than a year.

Once signed into law by President Emmanuel Macron, the breeding of minks and many other species of wildlife killed for their fur will be immediately banned throughout France.

Also, within two years, the new law will put an end to the commercial exploitation of wild animals, “by prohibiting their acquisition and reproduction.” Performances of animals such as lions, tigers, and bears, will be eliminated from traveling circuses within seven years.

The captivity of dolphins in dolphinariums will also cease to exist within five years.

Domestic animals such as puppies and kittens will no longer be allowed to be sold in pet stores as of January 1, 2024.

4. UPDATE: $40,000 Reward Offered For Information Resulting In The Conviction Of Those Responsible For The Fatal Poisoning Of Eight Gray Wolves In Oregon 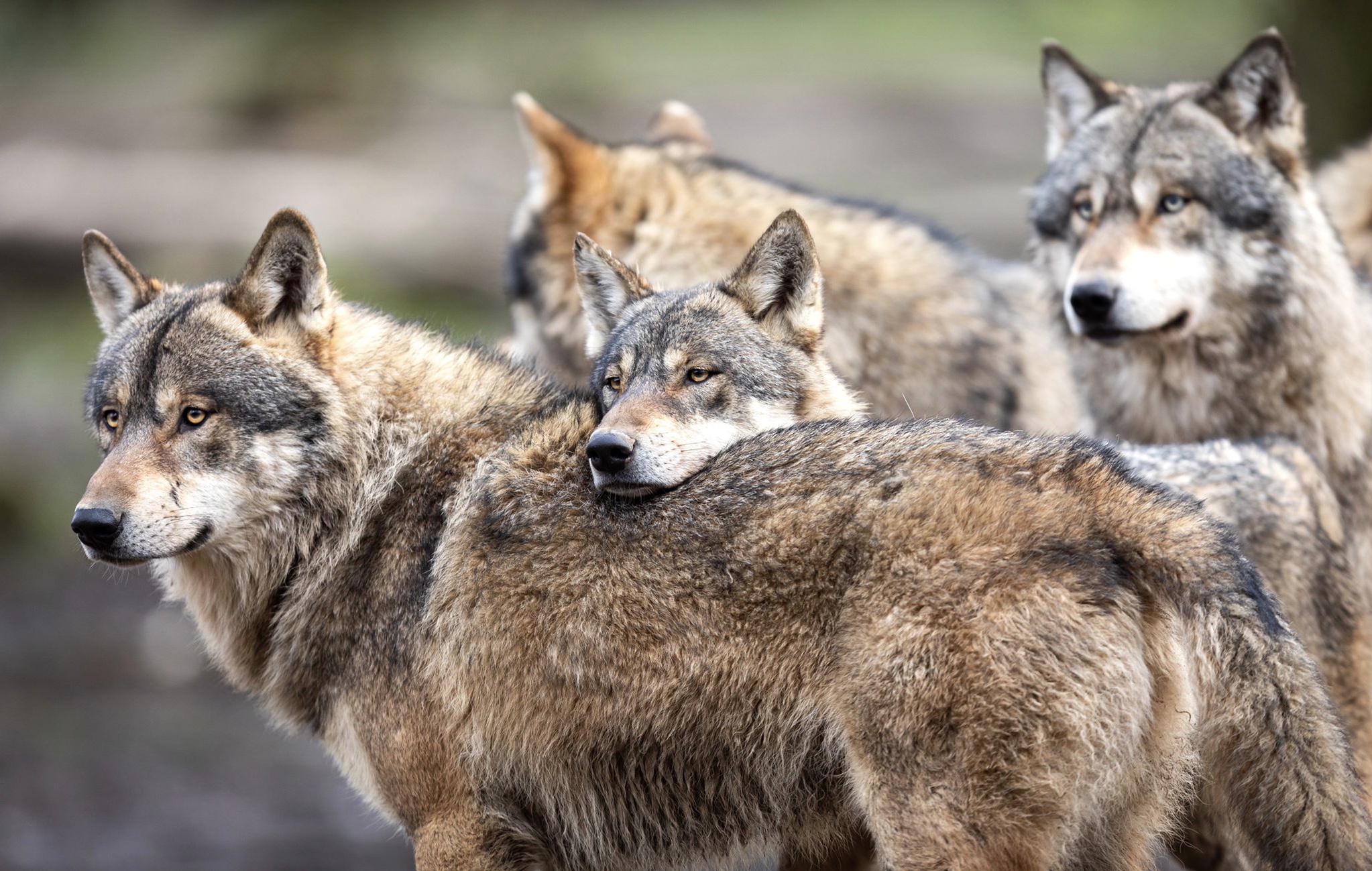 An additional $14,000 has been added to the reward by Peace 4 Animals, World Animal News, Wolves of the Rockies, Trap Free Montana, and The 06 Legacy Project, for information leading to a conviction in the deliberate poisoning and killing of eight gray wolves in eastern Oregon earlier this year, bringing the total reward to $40,000.

“These despicable poisonings are a huge setback for the recovery of Oregon’s endangered wolves, and we need an all-out response from state officials,” Sophia Ressler, a staff attorney at the Center for Biological Diversity, said in a statement. “Catching the culprit is critical, but Oregon also needs to think hard about what more can be done to protect these incredibly vulnerable animals. We hope anyone with info on these killings steps forward, and we hope wildlife officials see this as a wake-up call.”

Anyone with information about this case should contact the Oregon State Police Tip Line at (800) 452-7888 or *OSP (677) or TIP E-Mail: TIP@state.or.us. Callers may remain anonymous. 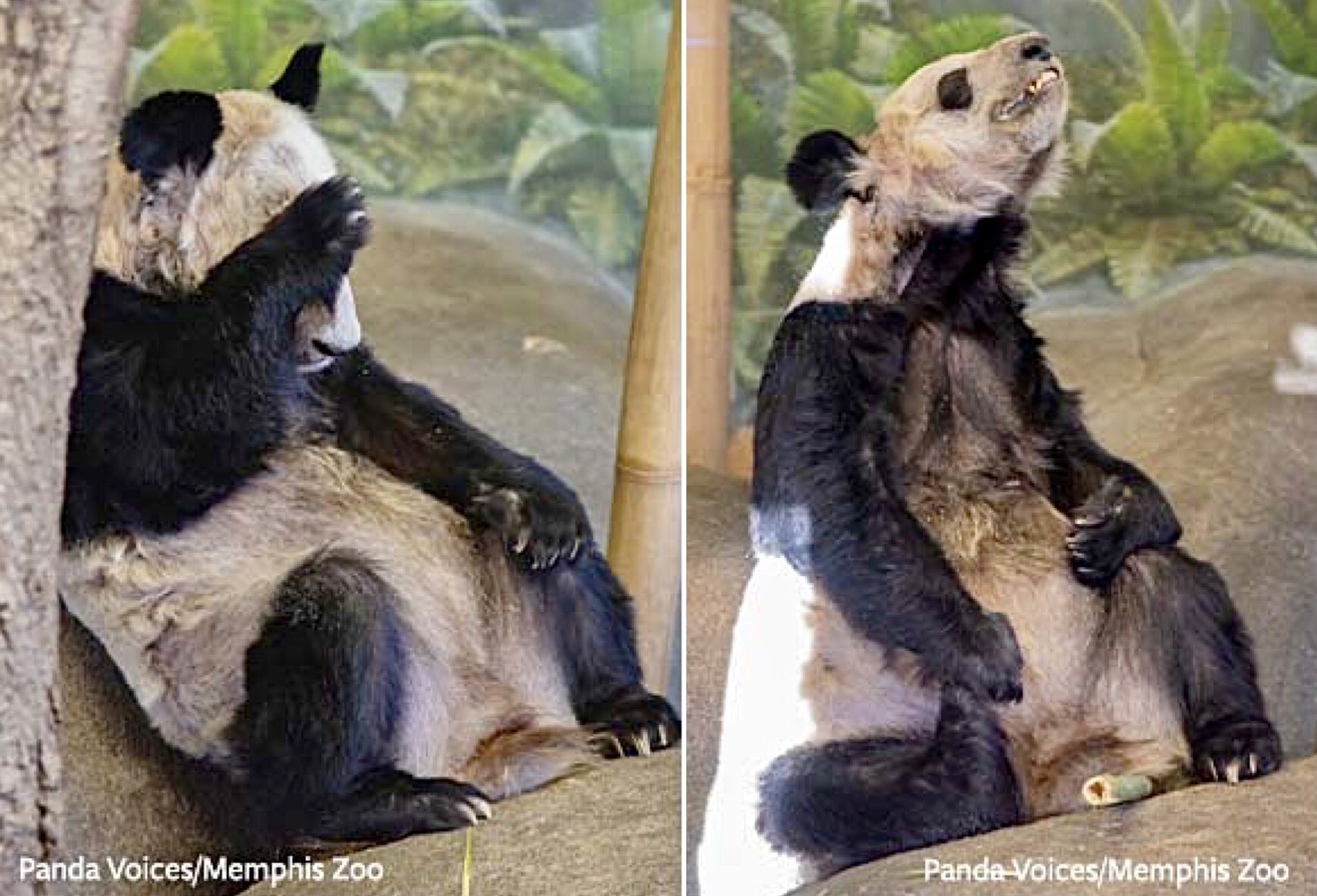 International animal protection nonprofit In Defense of Animals (IDA) has teamed up with Panda Voices to call for the immediate retirement of giant pandas YaYa and LeLe. Over 87,000 people around the world have now signed a Change.org petition and In Defense of Animals petition to express their deep concern for the pandas’ welfare.

YaYa and LeLe have been held captive at Memphis Zoo ever since they were shipped there from China 18 years ago. They are mistreated and visibly distressed, suffering from insufficient bamboo, malnourishment, excessive caging time (10+ hours), skin mite disease, dental problems, and zoochosis,, a distressed state of mental health shown through abnormal, repetitive “stereotypical” behaviors.

Despite this unprecedented level of public concern, the Memphis Zoo remains quiet in engaging with the concerns raised by panda lovers around the world, and have had no dialogue with them. 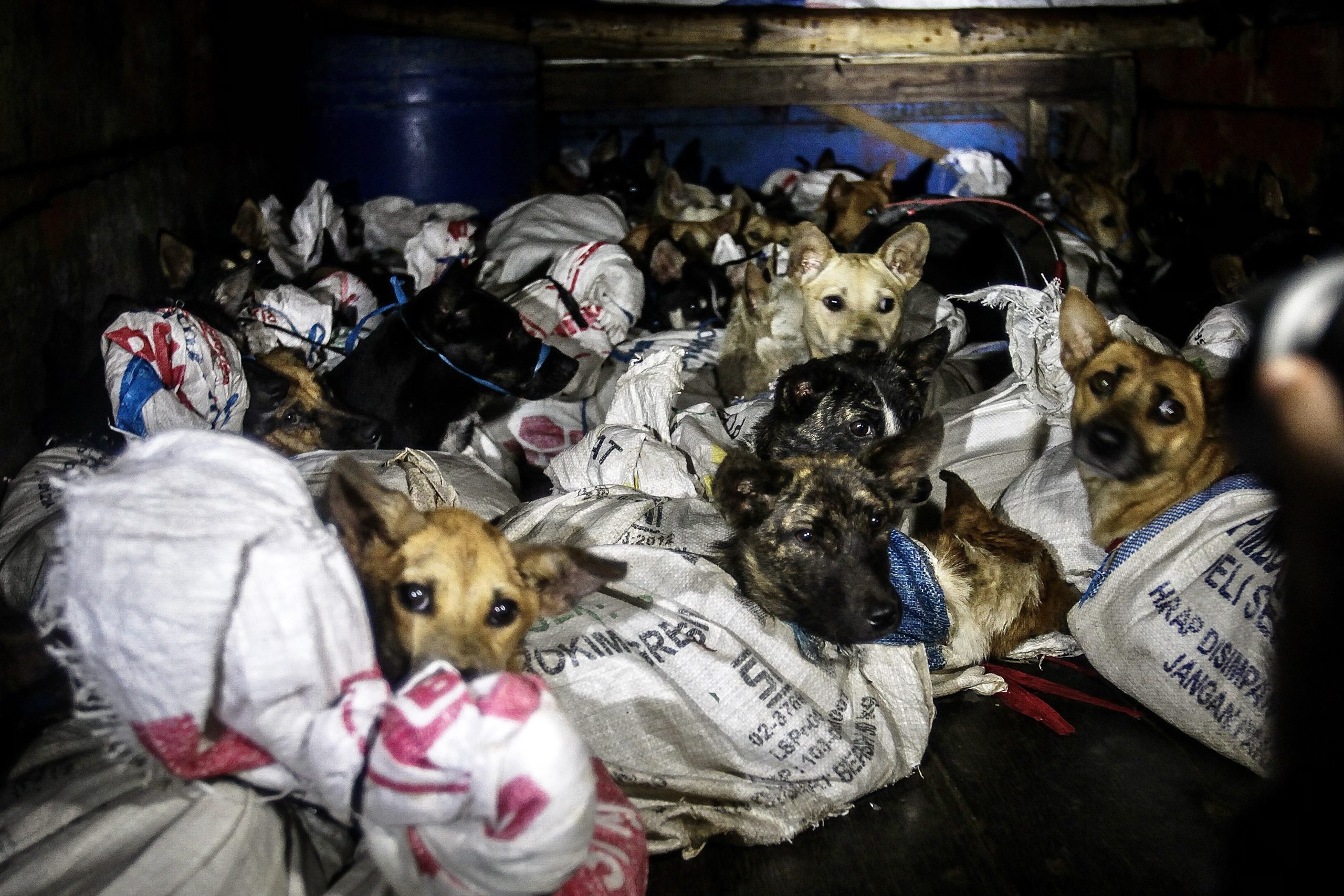 An alleged dog meat trader on the Indonesian island of Java has been arrested and a delivery truck packed with 53 dogs has been intercepted. This is the country’s first-ever large-scale police raid on an illegal dog meat slaughterhouse.

Police in Sukoharjo infiltrated a dog trafficking operation in Java in order to move in on the illegal trader and dog butcher who has allegedly been at the center of the dog meat trade on the island for more than 20 years. He is suspected of coordinating shipments of hundreds of dogs for slaughter every month, and killing an average of 30 dogs every day.

Campaigners from the Dog Meat Free Indonesia coalition (DMFI), which campaigns for a nationwide ban on the dog and cat meat trades, were at the scene to help rescue any dogs found alive. 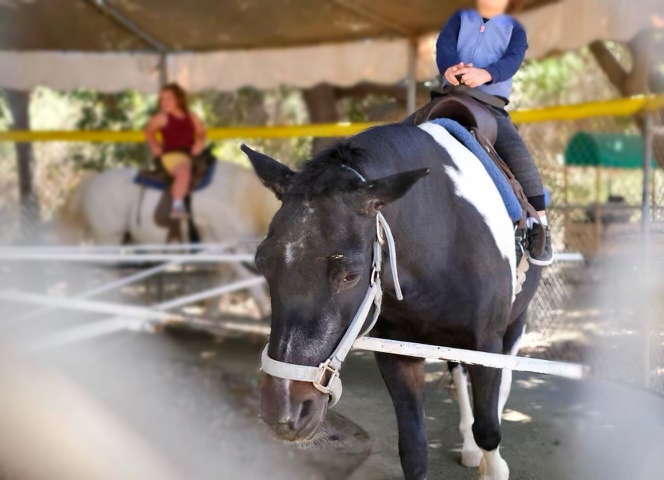 Sadly, ponies and horses reportedly continue to be overworked and neglected at Griffith Park Pony Rides and Petting Zoo in Los Angeles, California.

According to a recent investigation by Los Angeles Alliance for Animals (LAAA), the horses and ponies at this location did not receive water for almost seven hours in 90 degree heat.

Zohra Fahim, Founder of LAAA, also informed WAN that experts reviewed the videos, which include a July 17th incident where a child was trampled after her saddle slipped, and concluded that the ponies and horses at the pony ride and petting zoo were being abused.

Please call Councilmember John Lee at (213) 473-7012 and politely urge him not to renew the contract for Griffith Park Pony Rides and Petting Zoo, as well as to send the animals to an accredited sanctuary.

8. Victory! New Jersey Becomes The Eighth State In The U.S. To Ban The Sale Of Cosmetics Tested On Animals 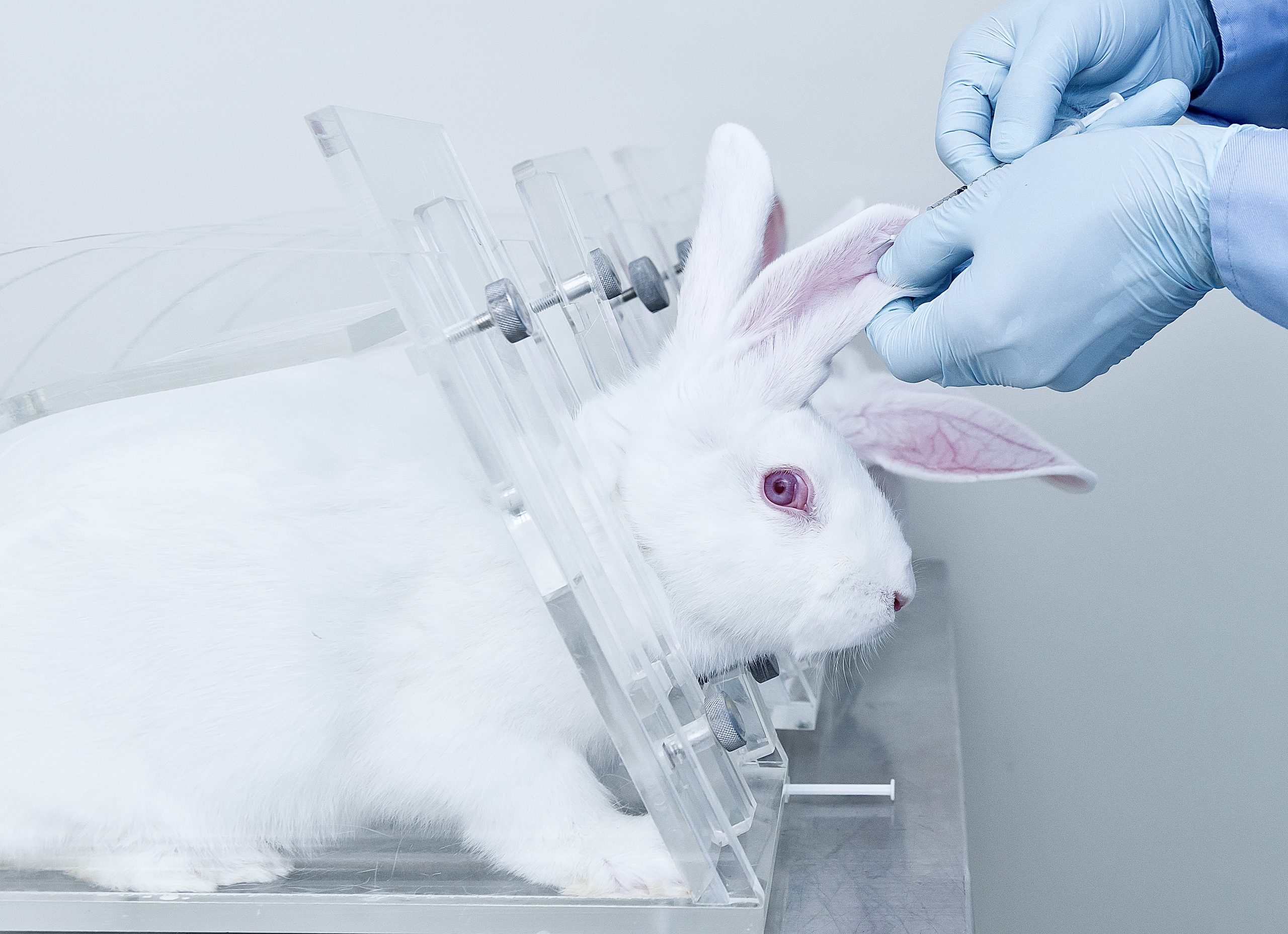 New Jersey’s Governor Phil Murphy, signed critical legislation to end the sale of cosmetics throughout the state that have been newly tested on animals. The ban will prevent the cruel and unnecessary use of rabbits, guinea pigs, mice, and rats in cosmetics testing.

State Senator Joseph Lagana and State Assmeblyman Anthony Verrelli were the primary sponsors of the bill, which passed unanimously in both the New Jersey State Senate and Assembly with an extensive list of bipartisan cosponsors.

9. Victory! Hallandale Beach Is The First City In Florida To Ban The Sale Of Fur 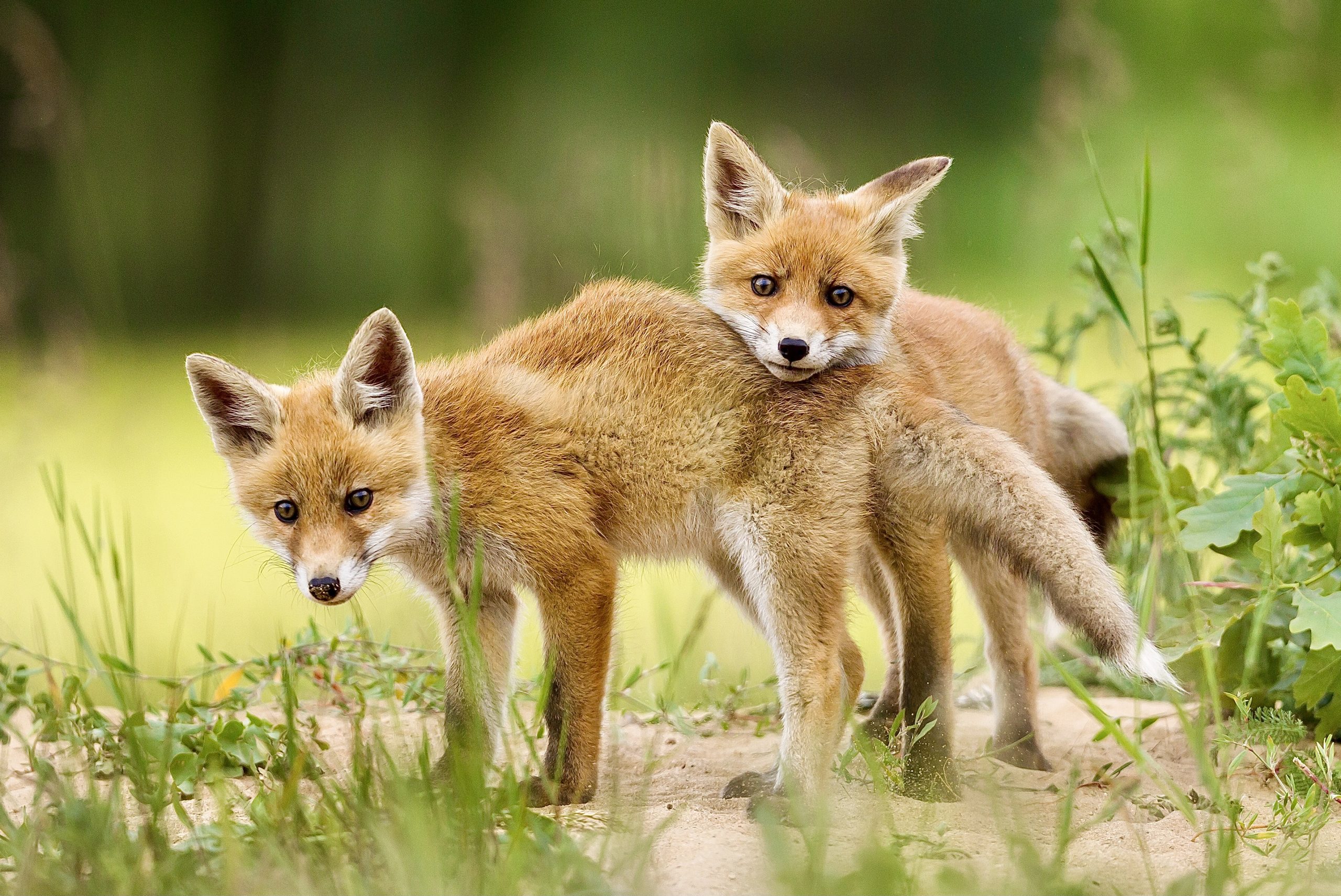 The city commission of Hallandale Beach, Florida, voted 5-0 to be the first city in the state to ban the sale of new fur products. The ordinance will take effect immediately and sadly exempts used fur and pelts from sheep, deer, and cows.

“Florida is now on the map as a state that recognizes that fur products come from an industry that treats wild animals cruelly by raising them in unnatural conditions for the most frivolous of items,” said Kate MacFall, Florida state director for the Humane Society of the United States, in an email sent to WAN. “Hallandale Beach has set an example for other humane communities to follow.” 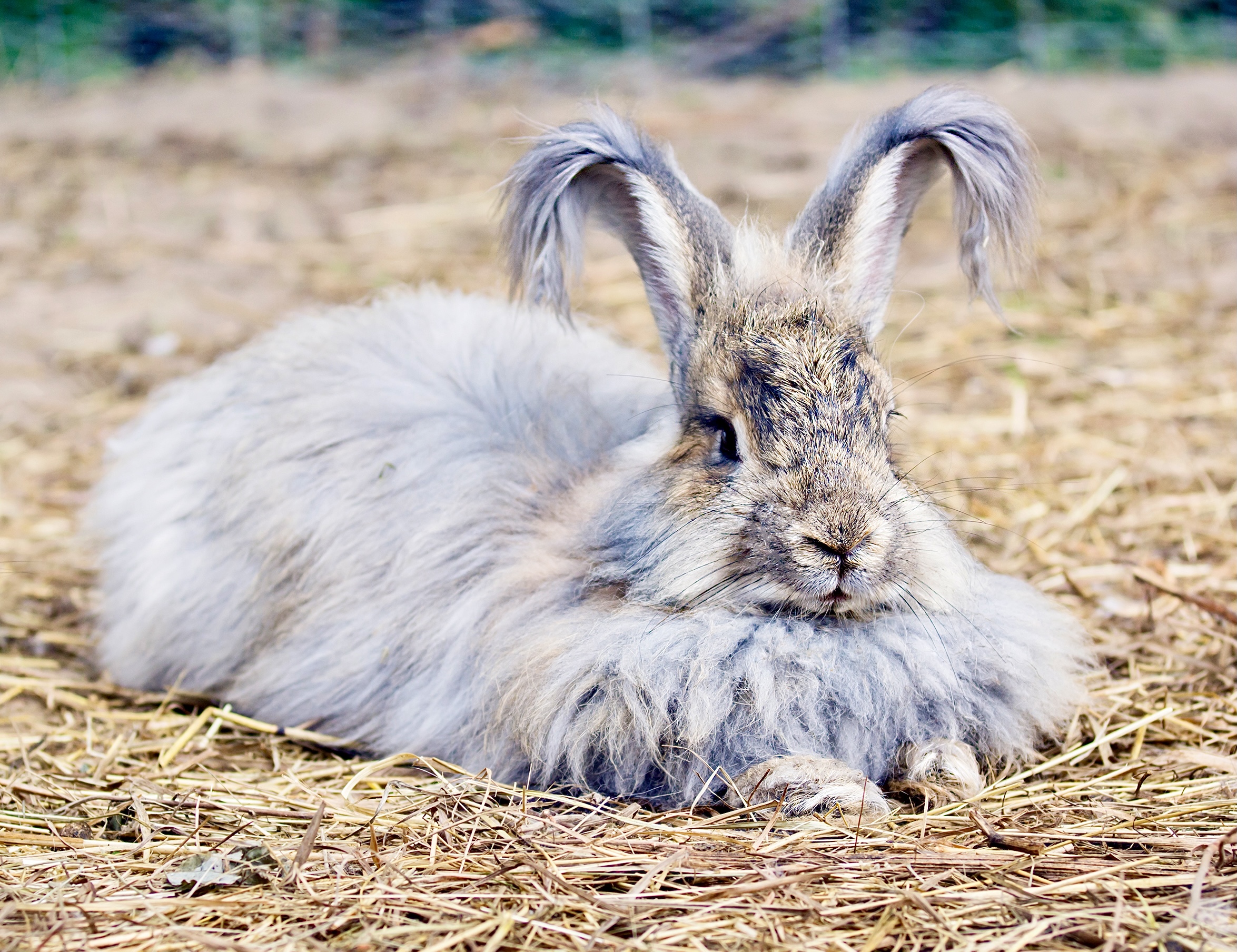 Italian luxury fashion house, Giorgio Armani Group, has just announced a ban on the use of angora wool beginning in the 2022-2023 autumn/winter season, adding angora to the list of excluded materials under its fur-free policy.

Armani Group, whose brands include Giorgio Armani, Emporio Armani, EA7, and Armani Exchange, implemented a ban on fur in 2016, making this additional step in banning angora, a win towards making the fashion world a cruelty-free one.

Previous articleThis Friday, The Lives Of 83 Elephants In Botswana Are At Stake In Controversial Trophy Hunting Auction; This Must End!
Next articleBreaking! 24 Rhinos Have Been Killed By Poachers In Just Two Weeks In South Africa Sparking Major Global Outrage

World Health Organization Indicates There Is A High Likelihood The Coronavirus Originated From The Consumption Of Bats As China Imposes A Temporary Ban On...

As the spread of the deadly Coronavirus is currently affecting much of mainland China leaving more than 420 people dead, Chinese authorities recently announced a nationwide...
Read more
News

Muncie Animal Shelter in Indiana is getting the word out to dedicated Pokémon Go players that their staff needs help walking adoptable dogs. The shelter...
Read more
Load more