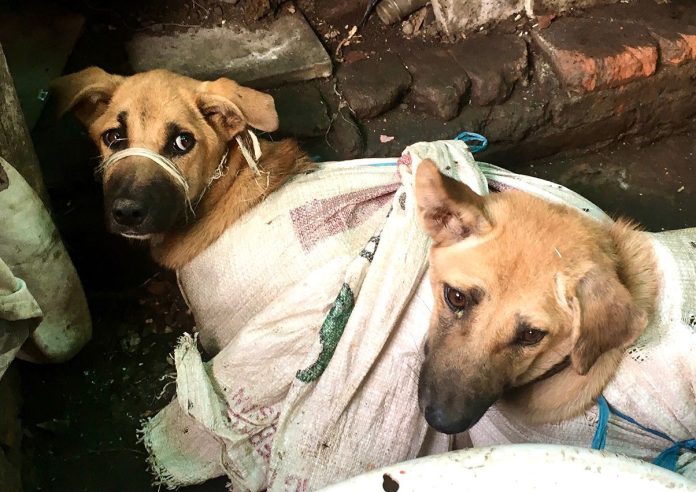 A dog meat trader in Indonesia has been found guilty and sentenced to 10 months in jail, along with a $10,000 fine (150 million IDR). This marks the country’s first-ever dog meat prosecution and conviction under Indonesia’s animal health laws.

As previously reported by WAN, the trader was caught in May by Kulon Progo District Police, transporting 78 dogs in the back of a truck. Sadly, only 62 dogs survived the ordeal. The dogs were trafficked from Garut in West Java, via Kulon Progo, headed to slaughter for human consumption throughout Central Java. 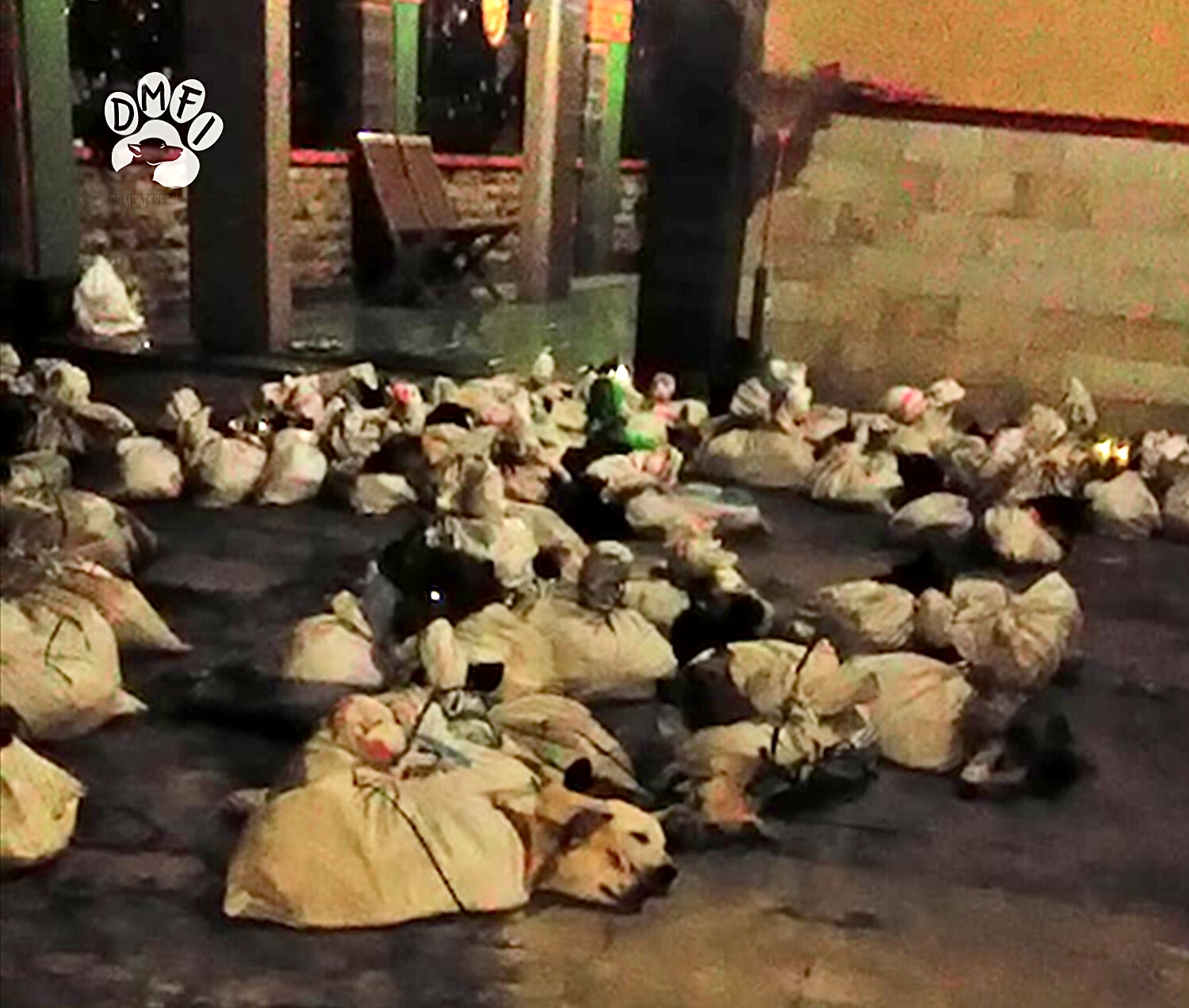 The interception comes after years of campaigning by the Dog Meat Free Indonesia (DMFI) coalition, of which Jakarta Animal Aid Network, Change For Animals Foundation, Animal Friends Jogja, and Humane Society International are its founding members.

The coalition hopes this prosecution will send a strong signal to traders across Indonesia that the dog meat business is illegal and will be punished. DMFI is pushing for an explicit nationwide ban on the brutal trade. 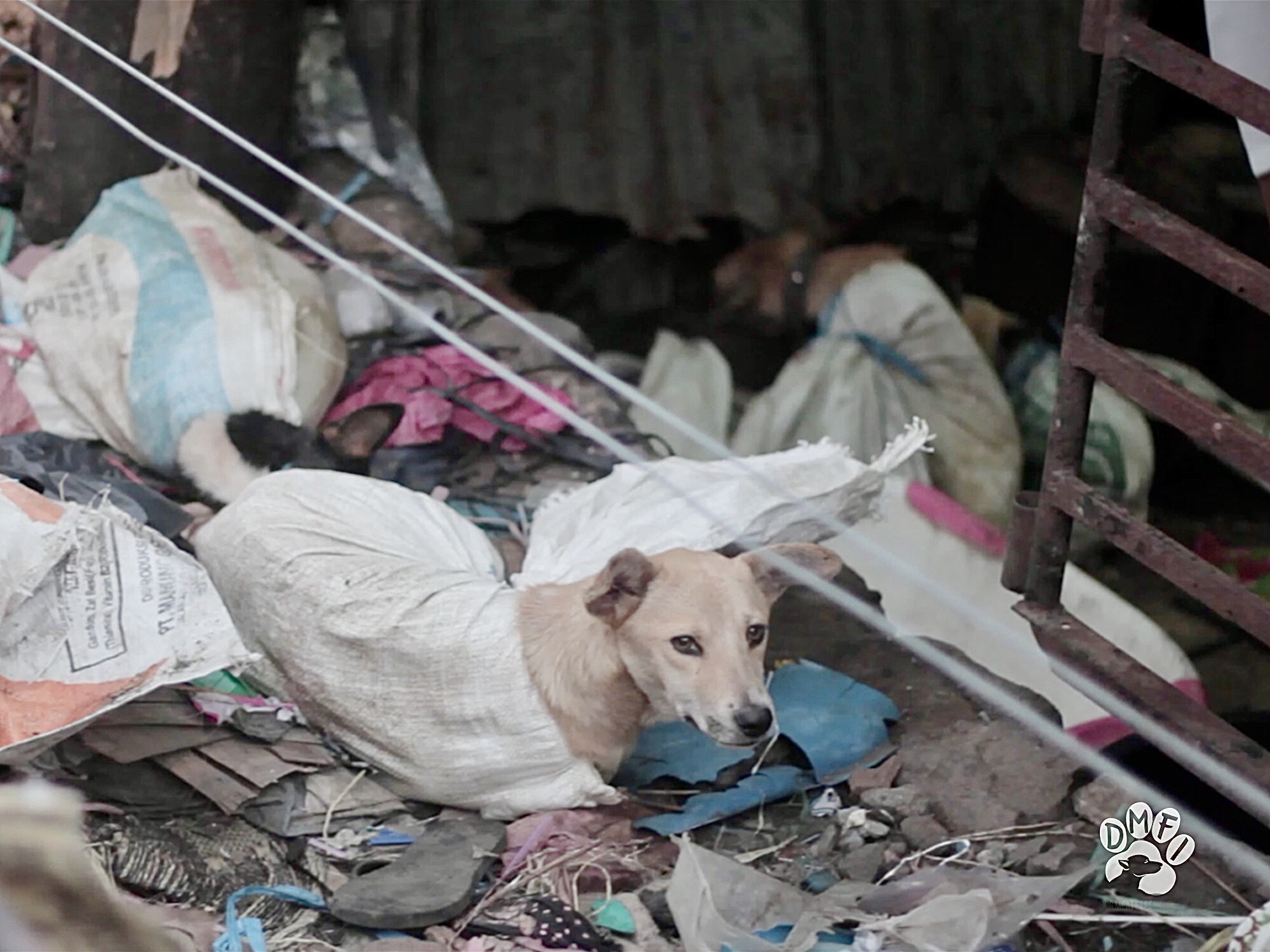 The dogs in this case were all stolen from the streets where pet dogs freely roam. Many were still wearing collars while bound on the truck to be transported on a grueling journey lasting more than 10 hours. The trader was found guilty of violating Article 89 paragraph 2 in conjunction with Article 46 paragraph 5 of Law N0. 41 of 2014. This is concerning Animal Husbandry and Health because the truck illegally crossed provincial borders, with no record of the animals’ disease or vaccination status. 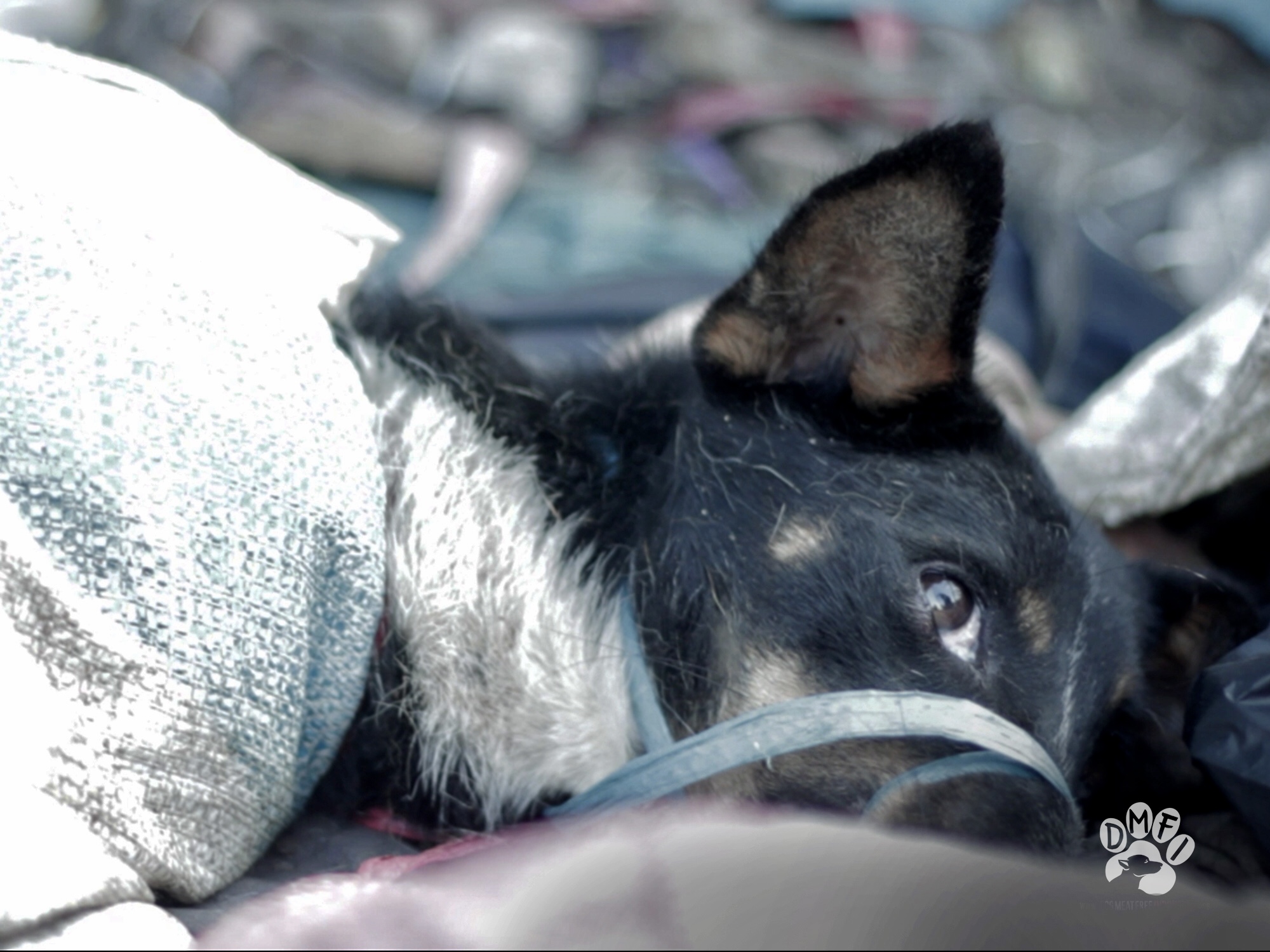 The Dog Meat Free Indonesia coalition has conducted numerous investigations since 2016, exposing the brutal reality of the trade in dogs destined for human consumption.

Every month, tens of thousands of these dogs are taken from the streets and illegally transported to many parts of Indonesia. Many die during this horrific journey from heatstroke, dehydration, or injuries inflicted during capture and transport. Those who survive are taken to slaughterhouses where they are beaten and strung upside down to bleed out while still conscious, or beaten to death in public markets in some parts of the country, in full view of other terrified dogs who await their turn. 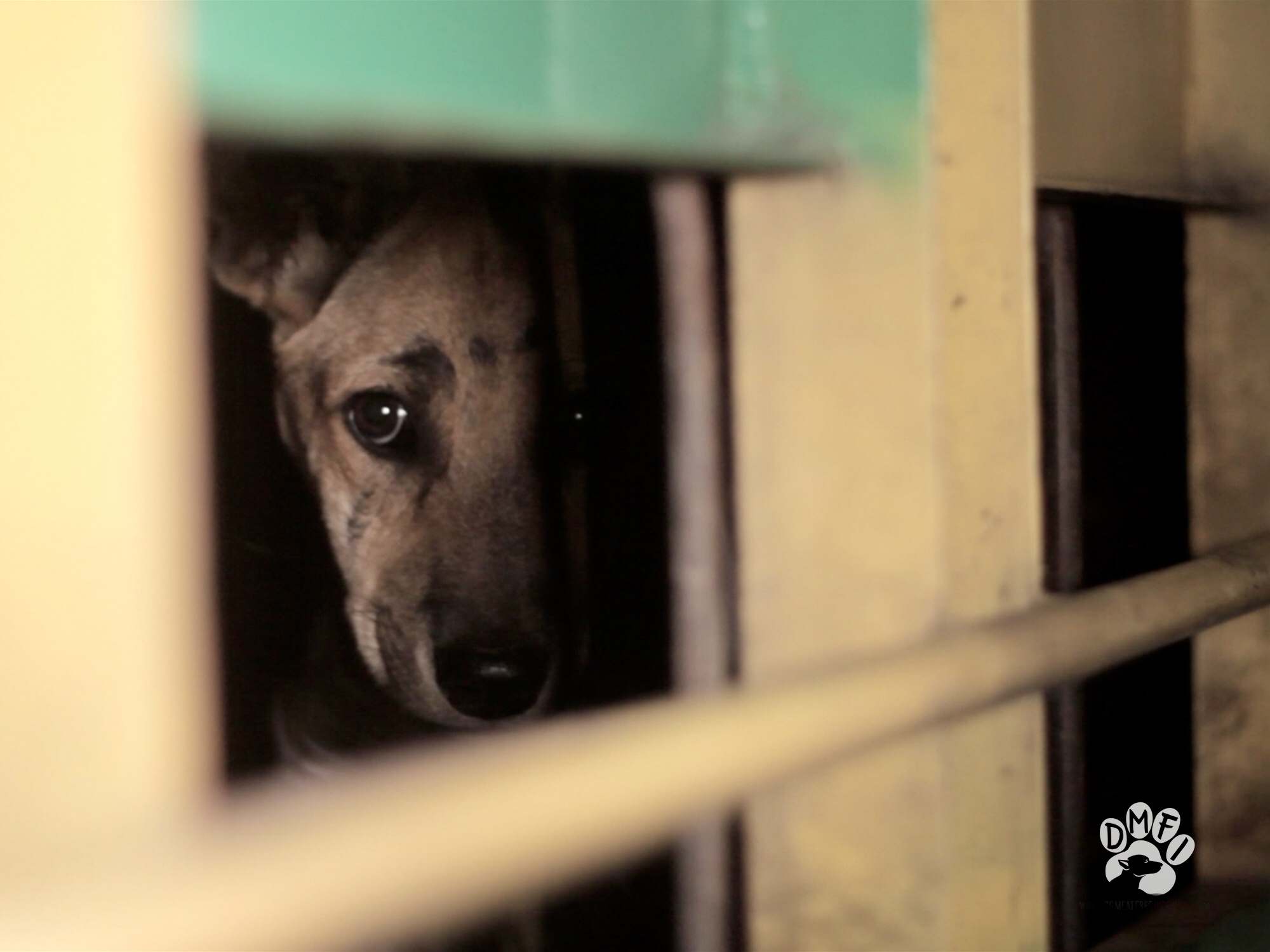 “This verdict sends a strong message to dog meat traders that this brutal trade is illegal and won’t be tolerated in Indonesia,” said Bali-based Lola Webber, who is the End Dog Meat campaign director for DMFI member group Humane Society International. “Ultimately we want to see an enforced nationwide ban on Indonesia’s dog meat trade, but in the meantime, this prosecution will also hopefully encourage the authorities in other provinces to use existing laws at their disposal to crack down on dog meat traders who continue to operate in their jurisdictions. There is no excuse for tolerating this illegal cruelty or the dangers the trade poses to public health and safety.” 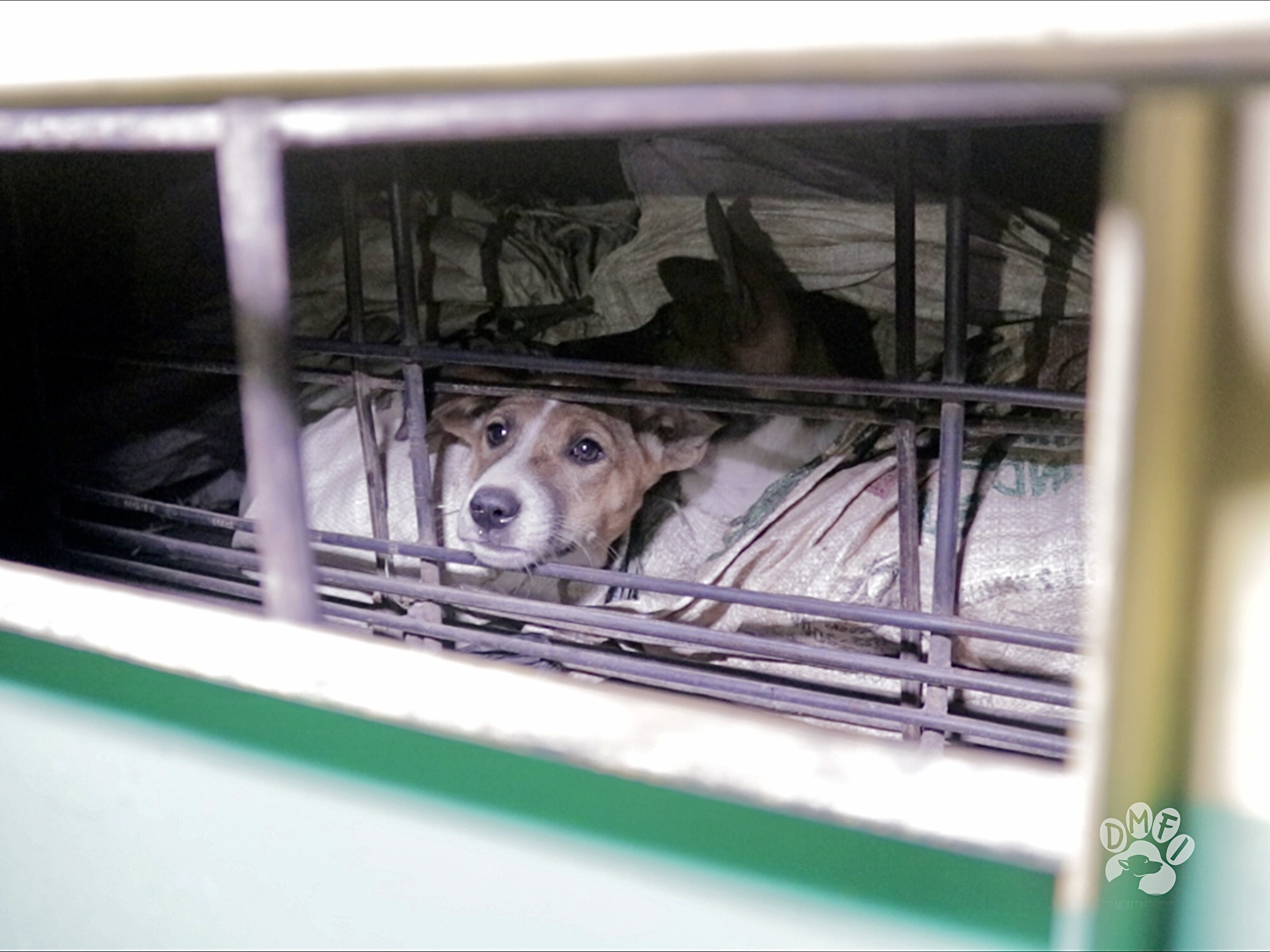 “As well as being unspeakably brutal, it’s easy to see how this trade is the perfect breeding ground for the next serious public health disaster. Dogs are routinely slaughtered in public alongside all manner of wild and domestic species in markets in North Sulawesi. New pathogens could easily jump to humans if a dog trader was wounded during the day’s slaughter, a local consumer ate cross-contaminated dog meat bought at a nearby stall, or a tourist breathed in microscopic blood droplets as they sight-see in the markets,” concluded Webber. “In the face of such an obvious public health and animal welfare risk, we hope this will be the first of many prosecutions. We cannot allow the dog meat trade to thrive across Asia if we hope to protect the public from future pandemics.”

Let’s call for a permanent end to the dog meat trade worldwide!

Wild horse advocacy groups are hailing an announcement last week by the Bureau of Land Management (BLM) to officially abandon any plans to use...
Read more
News

Irish Minister for Agriculture, Michael Creed signed a new law today that will ban the use of wild animals in circuses beginning January of...
Read more
Industry News

Russia Declares State Of Emergency After Power Plant Spills 20,000 Tons Of Fuel Into The Arctic River