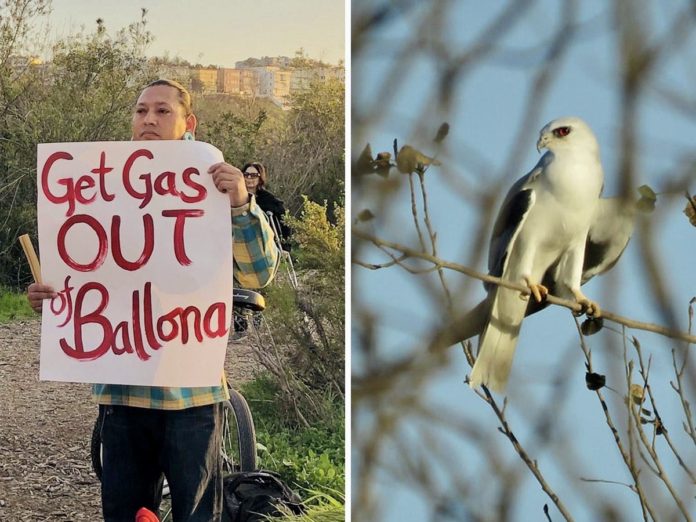 Don’t Let Heal The Bay Fool You; A Plan To Bulldoze The Ballona Wetlands Is NOT Restoration, Help Save The Critical Habitat From Destruction! 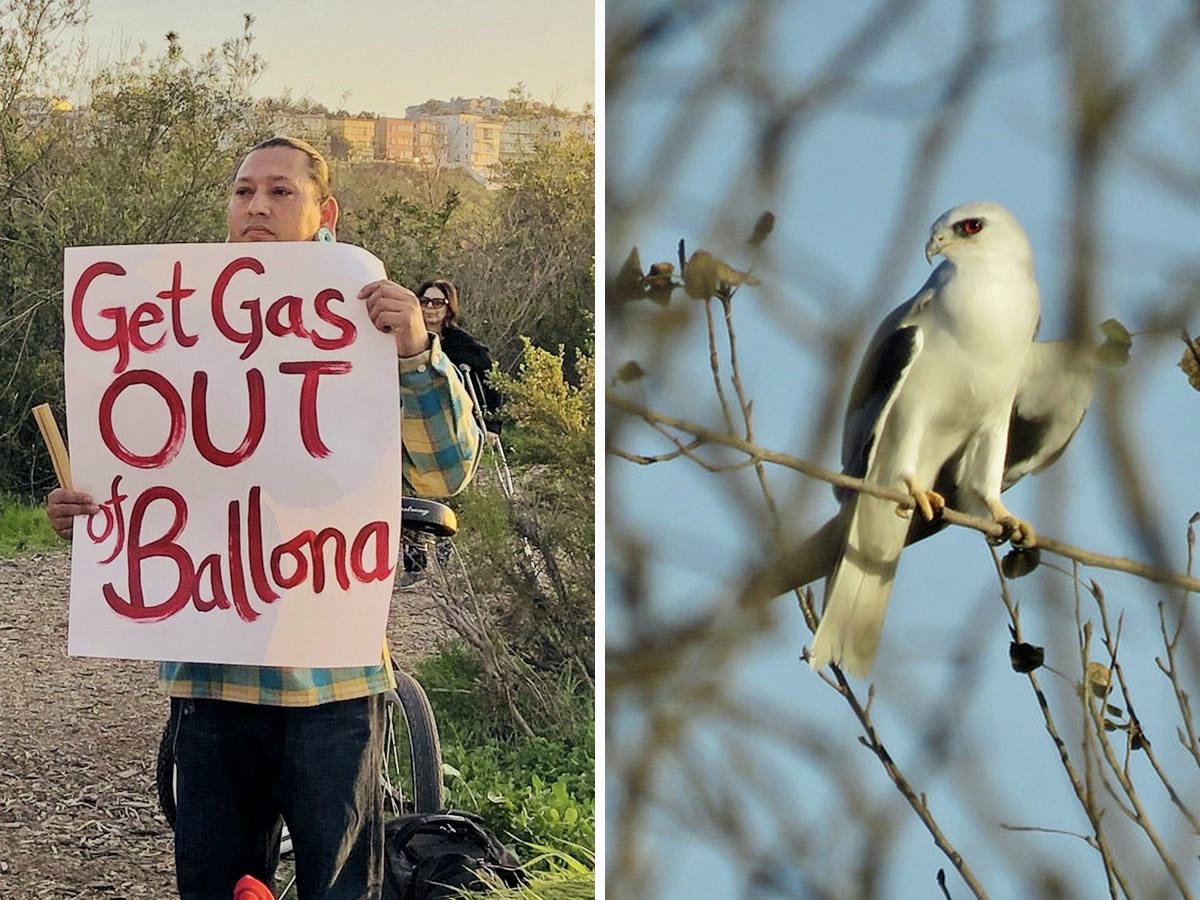 While the novel coronavirus has taken center stage, Heal the Bay has quietly aligned with the fossil fuel industry on a disastrous plan that will destroy the last remaining wetlands in Los Angeles, putting hundreds of species at risk, and perpetuating our reliance on dirty energy.

To stop this catastrophic plan, In Defense of Animals, Climate Reality Project Los Angeles, and Green Dream Campaign teamed up for an online Town Hall meeting on Tuesday, April 7th, with a panel of speakers from environmental, conservation, and animal welfare organizations.

“We have been fighting for the Ballona Wetlands for years. There are six hundred acres remaining where rare plants and animals thrive and survive,” Molly Basler, organizer of the Green Dream Campaign told WAN. “There is no reason to bulldoze Ballona except that the So Cal Gas Company has storage facilities underneath the land and they want to update the storage facilities. They have given a lot of money to Heal The Bay so they can call it an environmental benefit and people will believe them when it’s all about oil, gas, and money!”

“We won’t stop until this project is pulled and no longer a threat to the animals, the planet, and the people,” Basler continued.

Scientists are now warning that degrading natural landscapes encourages viral spillovers from animal species to humans. “Destroying habitats is the cause, so restoring habitats is a solution,” Kate Jones, Chair of Ecology and Biodiversity at University College London told CNN.

“We are speaking up to oppose those who are working nefariously to destroy the unique Ballona Wetlands while everyone’s focus is on the COVID-19 coronavirus crisis,” said Lisa Levinson, Wild Animals campaigner for In Defense of Animals in a statement sent to WAN. “Destroying habitats isn’t just deadly for animals; it can cause stressed animals to spread animal-borne diseases to humans.”

The threat is to the last remaining sliver of wetlands in Los Angeles: the Ballona Wetlands Ecological Reserve in Playa del Rey. There is a plan to bulldoze the 600+ acre reserve, which is home to a myriad of threatened, endangered, and special status species including: white-tailed kite, great blue heron, burrowing owl, least Bell’s vireo, snowy egret, and more.

Over 200 species of wild birds rely on the Ballona Wetlands Ecological Reserve for their survival, but they’re not the only ones: grey foxes, striped skunks, silvery legless lizards, and slender salamanders also call the wetlands home. Harbor seals and California sea lions frolic and feed in the brackish water of the Ballona Creek channel, which will be collateral damage. More than 1,000 kinds of native animals and plants will be destroyed, displaced, or have their habitat obliterated if this project moves forward.

“A number of troubled species and much of their habitat would be sacrificed by this so-called restoration-related excavation,” warns Michael Zelniker, Co-chair of Climate Reality Project Los Angeles, which was founded nationally by former Vice President Al Gore. “More than 2 million cubic yards of dredged or fill material would be repositioned on the project site resulting in the release of sequestered greenhouse gases in potentially substantially large quantities. This unnecessary release of greenhouse gas emissions will only serve to exacerbate the catastrophic consequences of global warming and climate change.”

The habitat will be changed so much that many of the songbirds migrating through won’t have a landing spot or necessary food, accelerating species extinction. Instead, the birds will find a 300 space parking garage to service 10 miles of bike paths and hiking trails.

“When the bulldozers move in, where will these wild animals go?” asks Molly Basler, Founder of the Los Angeles-based Green Dream Campaign, and chair of the Wetlands Protection Committee for Climate Reality Project Los Angeles. “Ballona Wetlands is their home! They have nowhere else to go. It’s a classic case of paving paradise and putting up a parking lot.”

It will likely shock supporters of Heal the Bay to learn that the organization is involved in promoting the destruction of this last chunk of natural wild habitat in Los Angeles. Heal the Bay has been bought by the Southern California Gas Company (SoCalGas), which has made massive donations to Heal the Bay (outlined below).

Since the donations were made, Heal the Bay is no longer defending wildlife, but rather defending and promoting the fossil fuel interests that seek to demolish the wetlands to fix the deteriorating SoCalGas wells and pipes that lie underneath Ballona.

“The only thing that would be ‘restored’ if this project is allowed to proceed is the crumbling SoCalGas infrastructure, at huge expense to the species who live there and the local community,” continued Basler.

“It is disgraceful that taxpayer dollars are being earmarked to build new fossil fuel infrastructure on the Los Angeles coast and ensure our reliance on dirty power for decades, especially given the urgency of the climate crisis,” added Basler. “It’s the opposite of our stated public policy goals of moving toward a Green New Deal. The description of this environmental catastrophe as a ‘restoration’ is a cynical and insidious form of doublespeak.”

At least one politician with a history at Heal the Bay is attempting to push this plan forward while the State of California is reeling from the current public health crisis.

“We’ve seen email messages that appear to show Mark Gold is lobbying state officials from his perch at the Ocean Protection Council – in an attempt to influence these officials to support the destruction of the Ballona Wetlands,” stated Basler.

What YOU Can Do:

Heal the Bay has severely compromised its stated mission by supporting the highly destructive Ballona Wetlands project to benefit SoCalGas, which SoCalGas has publicly acknowledged by announcing its support for the project. These are the details of contributions to Heal the Bay by SoCalGas:

Heal the Bay contributions from SoCalGas*

Heal the Bay received at least $70,000 from SoCalGas during the past five years.

*These amounts were taken from filings required by the California Public Utilities Commission (CPUC.)

Additionally, the current Executive Director of Heal the Bay, Shelley Luce, was the top staffer at The Bay Foundation – also known as Santa Monica Bay Restoration Foundation – during critical years when the massive industrial plans for Ballona to excavate over 2.5 million cubic yards of life-filled soils were first drawn up. Luce was key in preparing information for permitting and environmental review.

The president of The Bay Foundation during that period was Rod Spackman, an executive from Chevron, which is a customer of SoCalGas’ storage facility at the Ballona Wetlands.

The Bay Foundation has also received significant contributions from SoCalGas during the past two years, and now has an executive from SoCalGas on its board of directors.

The Bay Foundation received at least $36,750 from SoCalGas during the past two years.

* These amounts were taken from filings required by the California Public Utilities Commission (CPUC.)

Ironically, Luce is being given an “Owlie” award from the Santa Monica Chamber of Commerce this month. Four species of owls will suffer from the bulldozing project, which would destroy their foraging habitat at the Ballona Wetlands Ecological Reserve, leaving them to starve without food. The barn owl, burrowing owl, and short-eared owl will all suffer as a result of the Ballona Wetlands destruction project.

This extraordinarily expensive upheaval would require nine years of construction and cost more than $200 million public dollars at the very least. Opening these rain-fed wetlands to the oceans would kill most of the species and vegetation currently living and thriving at Ballona.

Ballona’s hiking trails through the wetlands are currently kept locked to the public, but are used by SoCalGas to service their many gas injection and extraction wells. Proponents of the project are holding public access hostage to promote the plan, and, according to the CA Coastal Commission, there is no guarantee of public access after the project is completed. In fact, the plan to destroy Ballona would remove the only bike path currently accessible and scuttle the collegiate rowing competitions that now occur in the creek channel.

“This is a lose-lose for nature, animals, and people,” said Lisa Levinson. “The only winner would be SoCalGas and the contractors who have already made millions. The proposal to destroy Ballona would use crucial bond money that should instead be used to create new parkland in inner-city areas which desperately need green space.”

More than $15 million from Proposition 12 has already been spent just to plan this project over the last decade.

“We urge betrayed Heal the Bay supporters, including: Julia Louis Dreyfus, Jessica Capshaw, Amy Smart, Danny Moder & Julia Roberts, and others, to reach out to the organization’s leadership and demand that they withdraw their support of this horrific project, which is a betrayal of the natural world and the animals who live there,” said Molly Basler.

What YOU Can Do:

Breaking! Shannen Doherty To Meet With House Majority Leader Kevin McCarthy To Discuss Bill To End The Slaughter Of Dogs & Cats For Human...

During a congressional briefing this morning hosted by Congressman Alcee L. Hastings (D-FL-20), actress and longtime animal advocate Shannen Doherty announced that she will be meeting...
Read more
News

Breaking! Whale Entanglement Prevention Act Aims To End The Suffering & Death Of Endangered Marine Life Off The Coast Of California