1. Update On Kabul Small Animal Rescue Trying To Evacuate Their Animals From Afghanistan. 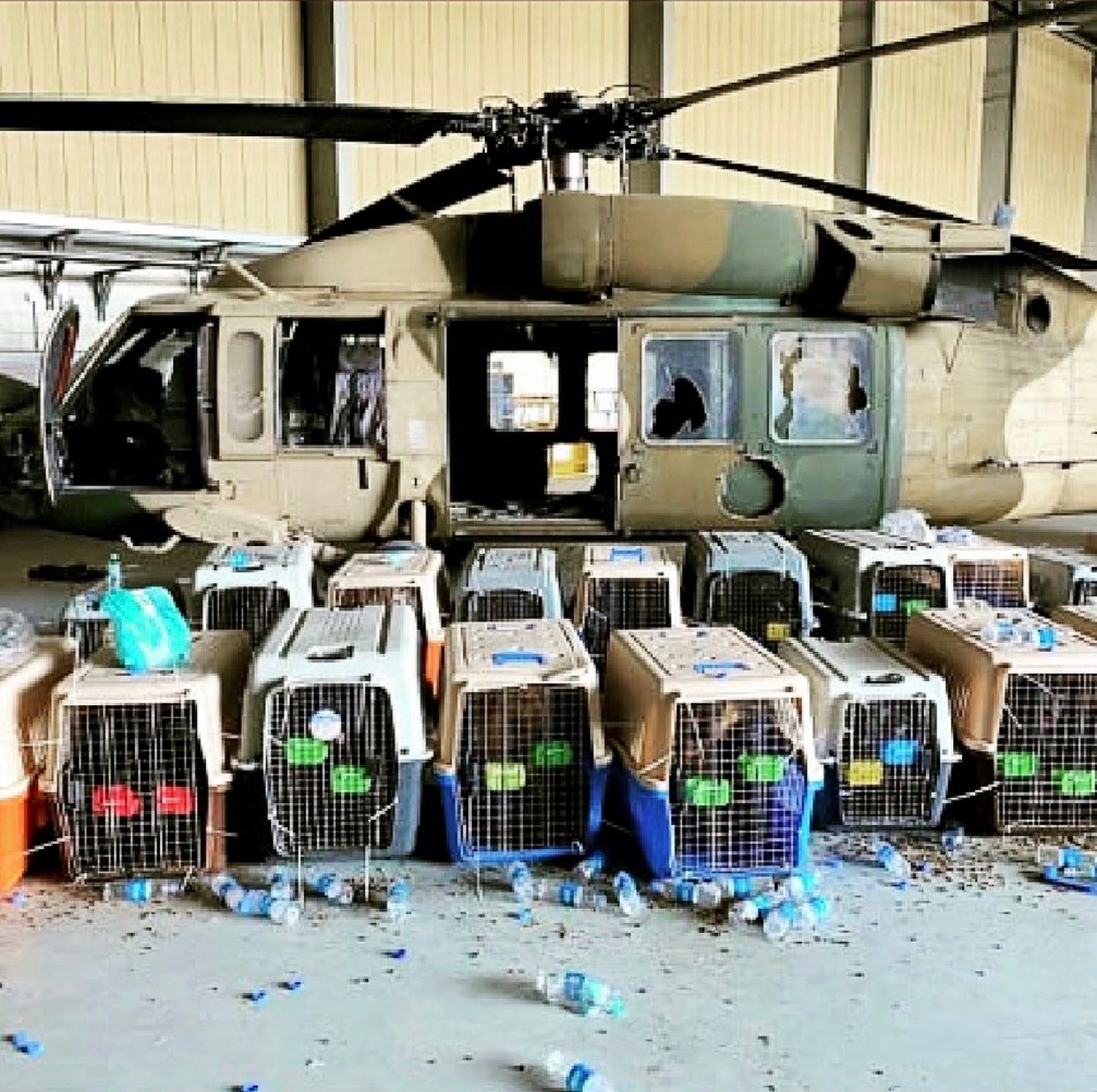 It is with a heavy heart that WAN shares the news that American, Charlotte Maxwell-Jones, the Founder of Kabul Small Animal Rescue, is currently still in Afghanistan.

She remains there with many of the dogs who were tragically abandoned in Kabul after being denied access to planes that were evacuating the war-torn country.

These companion animals, rescued dogs and cats, as well as contract working dogs, were allegedly left behind based on decisions made by the United States government. None of the animals were U.S. Military dogs.

In a statement from Kabul Small Animal Rescue, “Those on the ground have no intention of giving up on our animals, despite the grueling setbacks, we will work with a growing and dedicated team to continue efforts to evacuate all of our animals and staff.”

WAN will continue to update this developing story. We pray for all of the people and animals that were abandoned in Kabul.

2. Pen Farthing & Nowzad Rescue Animals Arrived Safe In The UK After Evacuating Kabul; They Are Still Working On Evacuating Staff 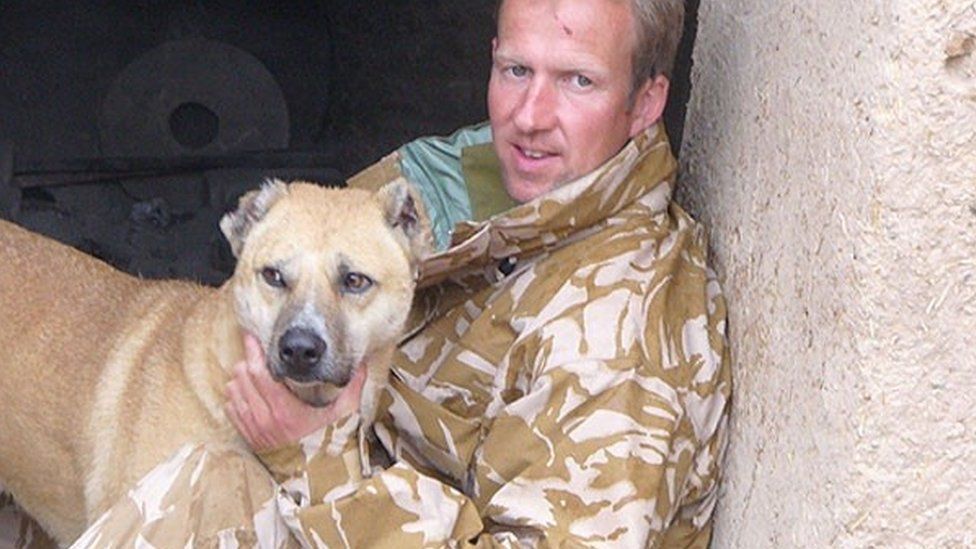 Good news as close to 200 rescue animals arrived in London over the weekend and are currently in quarantine.

While the evacuated dogs and cats are not available for adoption yet, they will be in the coming weeks.

The priority right now, according to Farthing, is securing the evacuation of the Nowzad staff and their families who were not allowed to leave the country, yet.

Donations to continue to help Nowzad Rescue with Operation Ark, and to find out when the evacuated animals are available for adoption, please visit Nowzad.com. 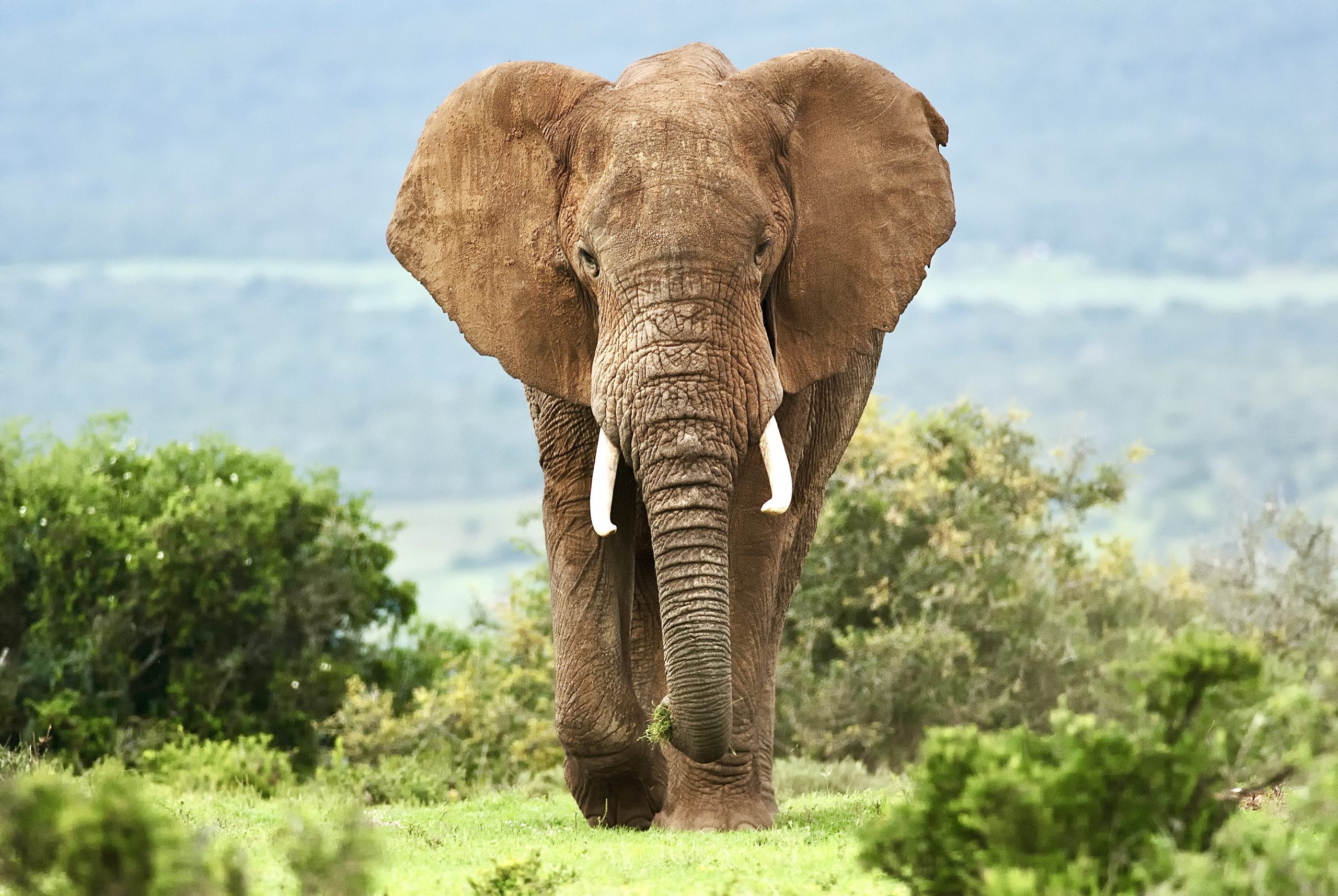 In an unprecedented move to combat wildlife trafficking, Hong Kong’s lawmakers voted this week in favor of an amendment Bill that means certain wildlife offenses, will for the first time, will be treated as serious and organized crimes.

The action allows for a refocusing of investigations and prosecutions, from the previous approach of prosecuting carriers and mules, to instead target the organized criminals and networks behind the crimes. The same networks involved in wildlife trafficking have been linked by leading experts, to weapon and drug trafficking, underscoring the serious and organized nature of this criminality.

In the midst of a biodiversity crisis, in large part driven by the illegal wildlife trade, and exacerbated by climate change, which has altered habitats, Hong Kong has become a hub for these criminal activities. Authorities seized 929 metric tons (MT) of rare and endangered wildlife in 1,680 seizures from 2018 to 2020. 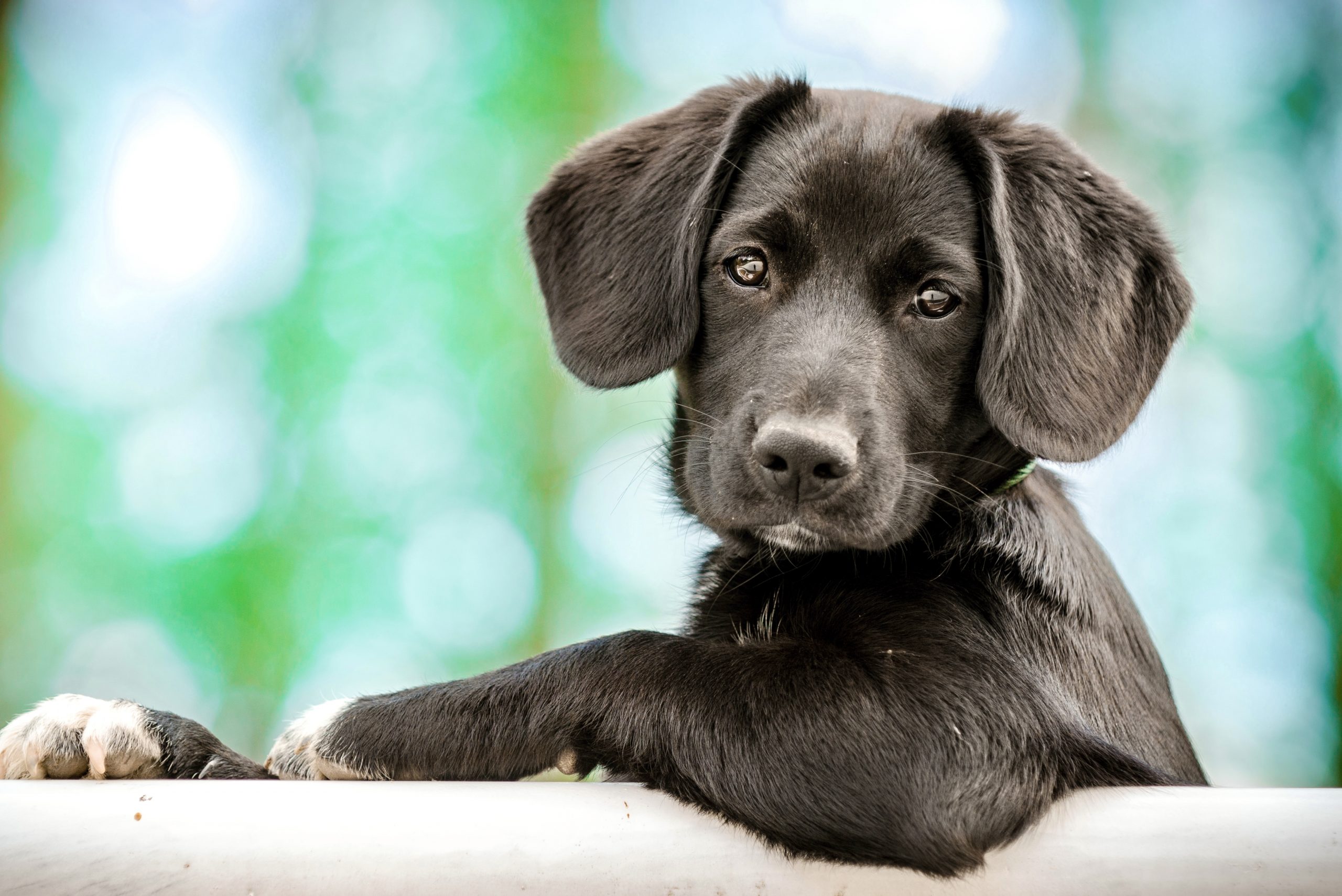 The Ministry of Justice (MOJ) in South Korea has announced plans to legally recognize animals as ‘sentient beings’ rather than ‘objects’ in an attempt to prevent cases of abuse and abandonment. The current Civil Act defines animals as “corporeal things,” which means they are visible, tangible, and can be managed.

Once the clause is incorporated into Article 98.2 of the Civil Act, South Korea will become one of a handful of countries to recognize animals as beings, with a right to protection, enhanced welfare, and respect for life. The amendment is anticipated to be approved this month by the South Korean National Assembly.

5. New Report Confirms That For The First Time In A Century, California Has At Least Two Wolf Packs Consisting Of 12 Pups 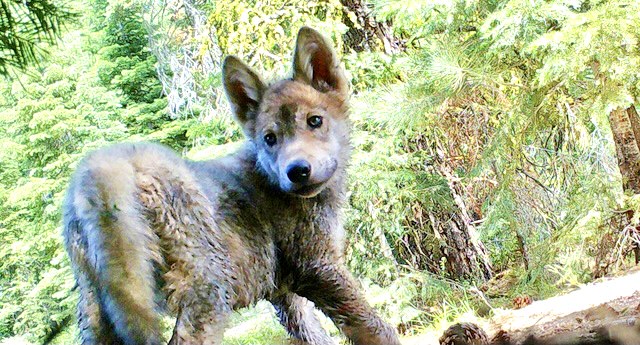 Two of California’s three existing wolf families, the Lassen and Whaleback pack, have given birth to 6 pups each this year, according to a new quarterly report published by the California Department of Fish and Wildlife. This marks the first time that California has at least two wolf packs with pups in more than 100 years.

“This is a red-letter moment in wolf recovery for the Golden State,” Amaroq Weiss, senior West Coast wolf advocate at the Center for Biological Diversity, said in a statement. “These little ones are here because of legal protections that are crucial to their survival and made it possible for wolves to return.”

6. For The First Time In Indonesia, Dog Meat Traders Will Be Prosecuted After Truck With 78 Traumatized Dogs Is Intercepted By Police 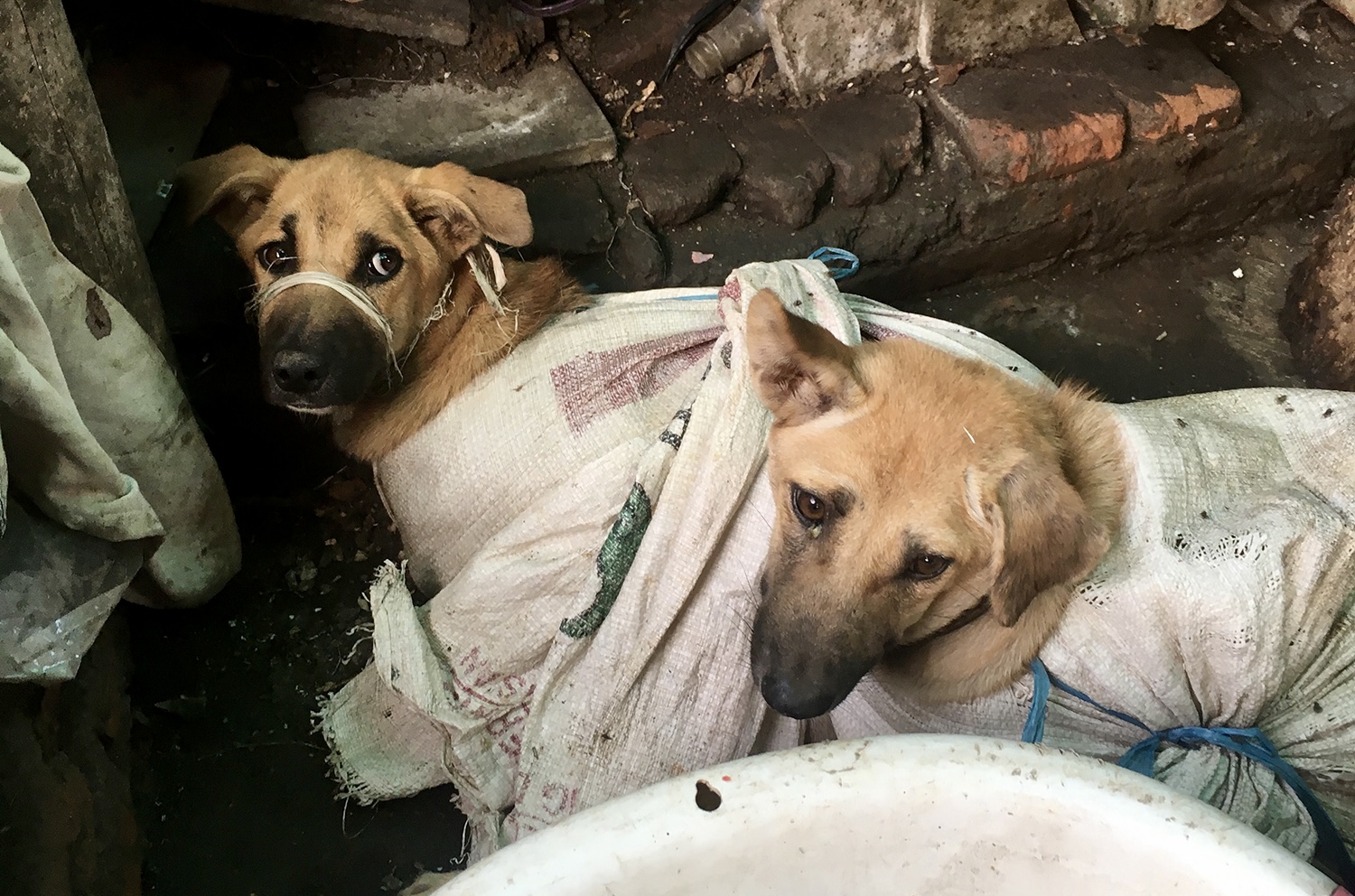 A gang of dog meat traders in Indonesia was caught with 78 dogs bound and gagged in the back of a truck headed for slaughter in Central Java. Officials have confirmed that the criminals will be prosecuted for the first time in the country’s history under animal health laws.

On May 6th, Kulon Progo District Police intercepted a truck illegally transporting the dogs to be sold for human consumption. This was the first ever such interception in Indonesia, and followed discussions with the Dog Meat Free Indonesia coalition which campaigns for a nationwide ban on the brutal trade. As per a statement sent to WAN by Humane Society International, The Kulon Progo District Attorney’s Office has now confirmed its intention to prosecute the criminals. 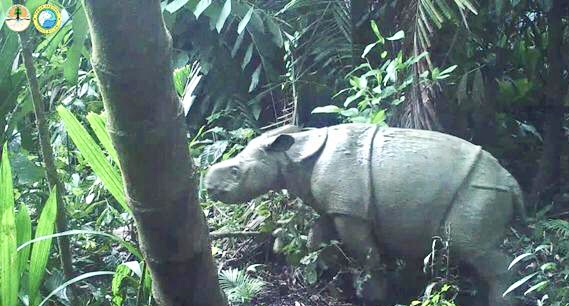 Indonesia’s Ministry of Environment and Forestry has announced that the world’s only remaining population of Javan rhinos has increased to 75 individuals in Ujung Kulon National Park (UKNP).

In April and June of 2021, two Javan rhino calves were spotted on camera by the park’s Javan Rhino Monitoring Team. This follows the birth of two Javan Rhinos in March of 2021.

Ten years ago, there were fewer than 50 Javan rhinos in UKNP, but with the Park’s conservation efforts, the rhino population has been gradually increasing with at least one new calf every year since 2012. Thankfully, there has been no poaching reported in UKNP in more than 20 years.

8. The UK Government Announced Plans To Ban The Brutal Shark Fin Trade As Part Of The New Action Plan For Animal Welfare

International Ocean Minister Lord Goldsmith announced that as part of the new Action Plan For Animal Welfare, the UK will go further than any other country to stop the cruel practice of shark finning.

As previously reported by WAN, in May of this year, the UK Government published the history-making plan that is designed to revolutionize the treatment of animals in the UK and introduce measures to protect the welfare of animals abroad.

The UK has a strong track record in marine conservation and has been pressing for stronger international action to protect sharks against unsustainable fishing practices and shark finning, which is the practice of removing a shark’s fins at sea and discarding the finless body back into the water.

Many species of shark face significant population pressures. Out of over 500 species of shark, 143 are listed as ‘under threat’ under the International Union for Conservation of Nature, with different species ranging from ‘vulnerable’ to ‘critically endangered.’ The presence and variety of sharks in marine areas is a key indicator of ocean health. 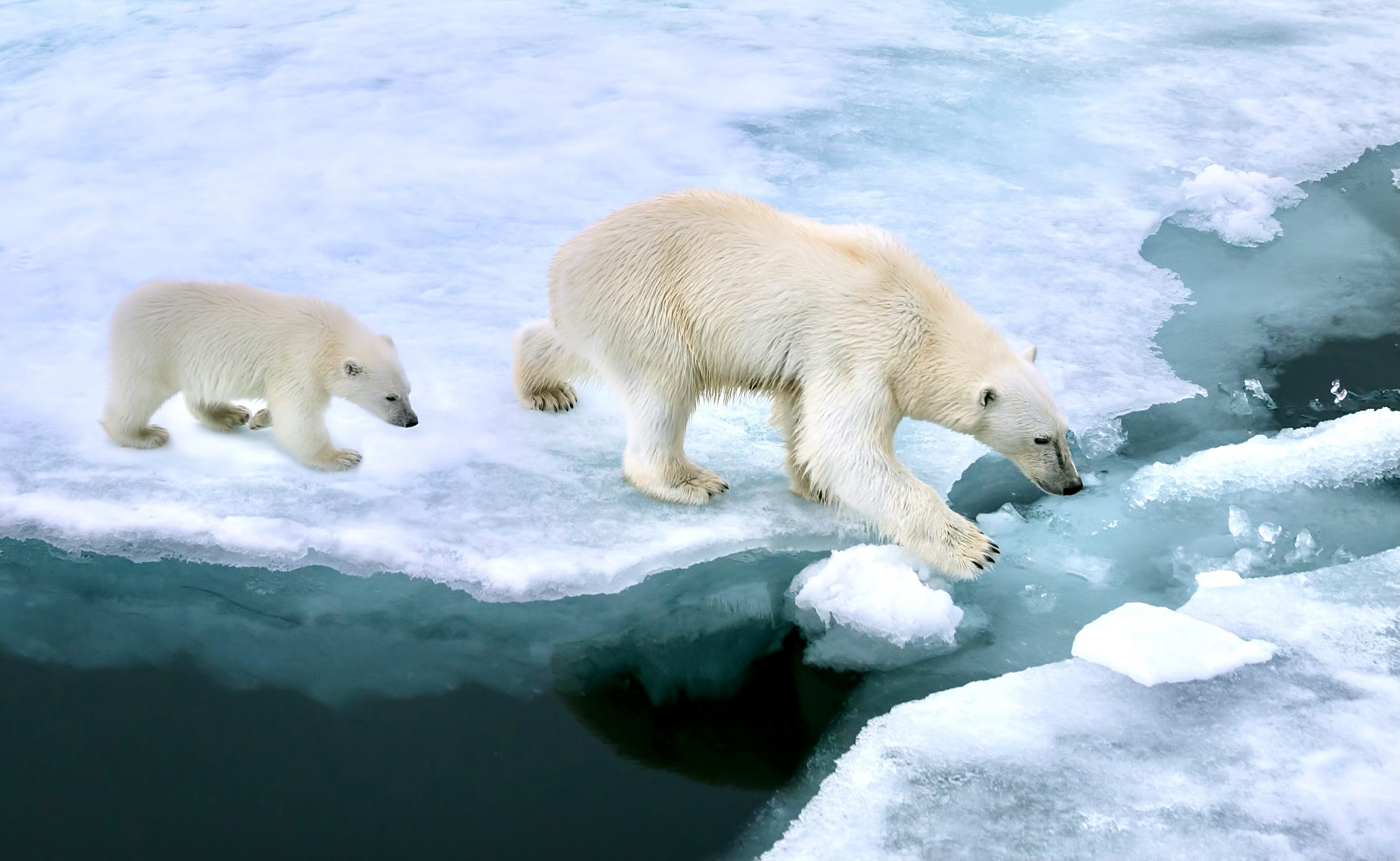 A federal court in Alaska revoked the approval of a large oil and gas project known as the Willow Master Development Plan in Alaska’s Western Arctic. The project was approved by the Trump administration, but was being defended in court by the current administration, despite its climate action pledges and temporary suspension of fossil fuel leasing on public lands.

“This is a huge victory for our climate and polar bears,” Kristen Monsell, a senior attorney at the Center for Biological Diversity, said in a statement. “It is a message to the Biden administration that Arctic drilling threatens our climate and vulnerable species. This project never should have been approved, and it can’t be defended. If President Biden is serious about addressing the climate crisis, he has to reject any further attempts to move this project forward and prohibit all new oil and gas activity in the Arctic.”

590 million barrels of oil would have been extracted during the life of the project, resulting in nearly 280 million tons of greenhouse gas emissions, which is the equivalent of nearly 65 coal plants operating for a year. 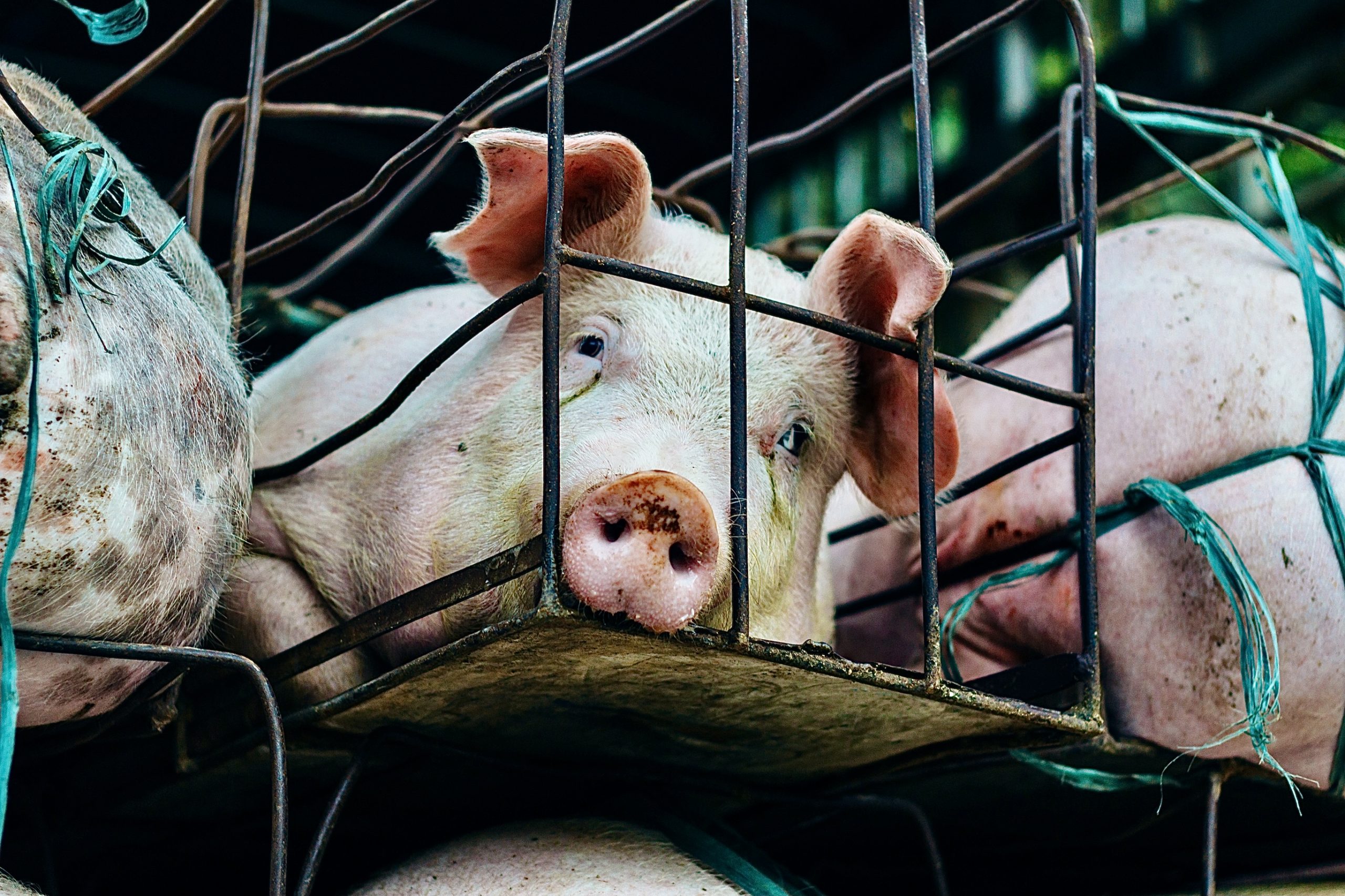 The Animal Legal Defense Fund, together with a coalition of public interest groups represented by Public Justice, filed a lawsuit in the U.S. District Court for the Southern District of Iowa, challenging the constitutionality of the recently-passed Iowa Recording Ban.

The new Ag-Gag law would consider video and audio recording in factory farms “trespassing” and deem it a crime. This yet again criminalizes the tools of undercover journalism and investigations in violation of the First Amendment, just as the state’s previous two Ag-Gag laws did that were challenged in the past.

“After repeated attempts by the state of Iowa to thwart animal advocates’ efforts to document the inhumane treatment of animals on factory farms, the legislature has enacted a new and broader law that deceptively impacts a broad range of industries while still maintaining its original and unconstitutional purpose of suppressing speech about industrial agriculture,” Animal Legal Defense Fund’s Executive Director Stephen Wells, said in a statement. “The Animal Legal Defense Fund will continue to challenge the various incarnations of Ag-Gag laws that seek to hide animal abuse.”

Photo by Facebook/Wayan Segara Bali The whale shark is the world's largest fish. The species is considered endangered by the International Union for Conservation of...
Read more
News

Here are some of the most adorable rescued farm animals from the amazing farm rescue sanctuary Rancho Relaxo! Check out this video and click here...
Read more
News